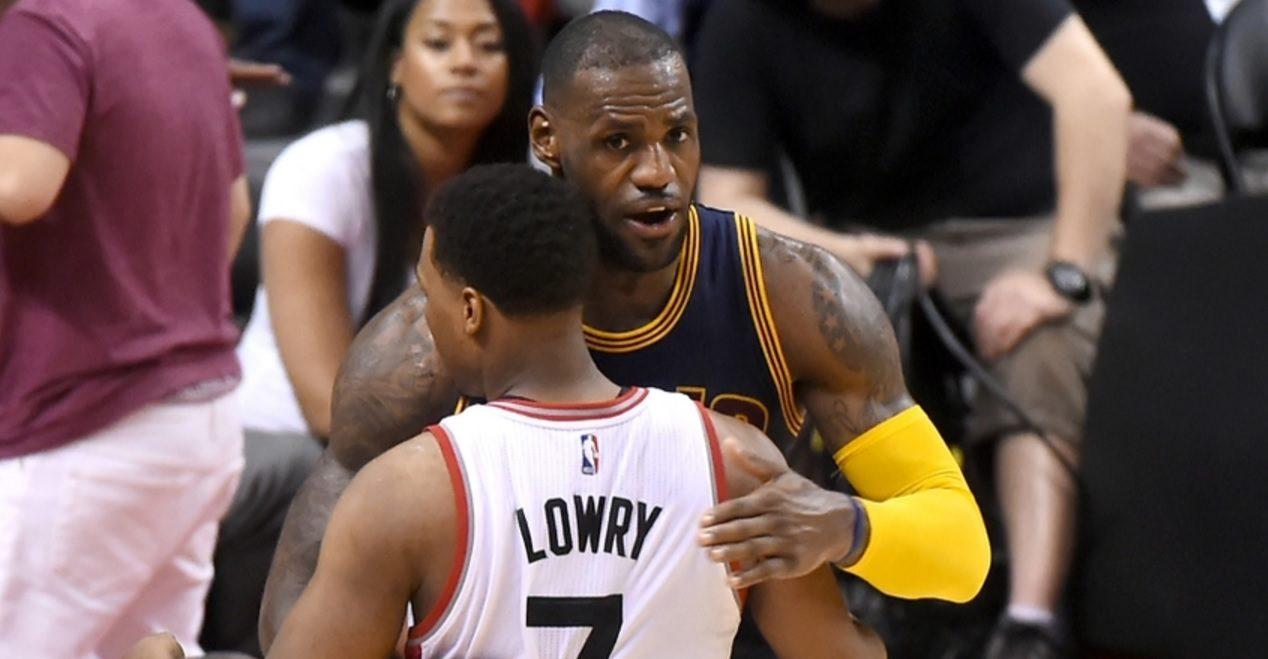 The Cleveland Cavaliers are on to the NBA Finals, and although it seemed relatively easy at times, the Toronto Raptors made it a little interesting by tying the series up at two games apiece heading into Cleveland got Game 5.

We all know what happened from there, where the Cavs blew the Raptors out of Game 5 by halftime and then won Game 6 113-87 to clinch the East crown once again.

As the game’s final moments winded down, LeBron James and Raptors guard Kyle Lowry embraced and shared a moment on the sidelines. Lowry reveals what he told James, as reported by Mike Mazzeo of ESPN

“And I said to LeBron, ‘You a bad motherf’er,’ and I told him to go win it all. I’ve always had mutual respect for LeBron. We have a good relationship, and like I said I just appreciate all the effort and hard work he puts in and just that competitive nature of two competitive athletes going at it. I’m happy for him because he gets another opportunity [in the NBA finals], but I’m disappointed that we’re not having that opportunity.”

James clearly dominated the series, although he didn’t have any overly flashy numbers and scored 30 points for the first time all postseason in the clinching sixth game. He averaged 24.6 points, 8.6 rebounds and seven assists while shooting 54.6% from the field.

“That’s what he does,” Lowry said. “He’s LeBron James, a top-five player in the history of the NBA once he retires.”

Up next for James will be the NBA Finals, where he and the Cavs will face off against either the Oklahoma City Thunder or the Golden State Warriors on Thursday, June 2.