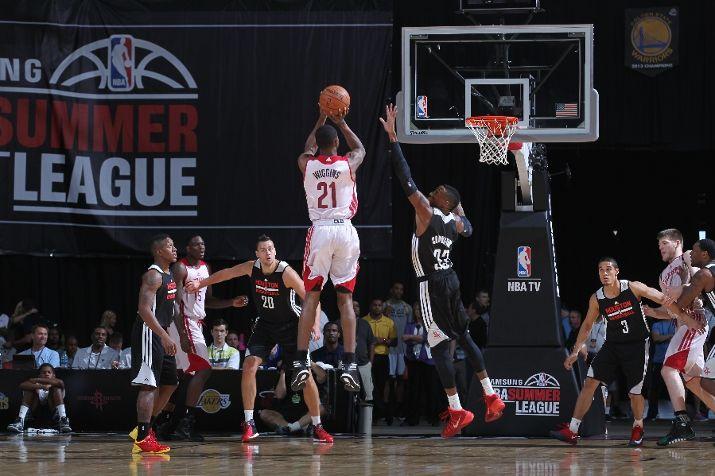 The Cleveland Cavaliers suffer their first lost in NBA Summer League as they fell to the Houston Rockets 96-90.

Similar to their previous summer league games, the Cavs came out lackluster on offense in the first quarter. Luckily for the team, they had Andrew Wiggins to fall back on. Wiggins got off to a terrific start offensively and his best quarter in summer league play. He scored a quick eight points and the team’s first six. Although his jump shot has been inconsistent, he started off the game shooting with extreme confidence. He finished the game with a summer league high 21 points, but 15 out of those 21 points came from the free throw line.

However, just like against the 76ers, the Cavs came out on fire in the second quarter. Blatt’s offense is similar to that of the San Antonio Spurs, which consists of spreading the floor with mid and long-range shooters at all times. By doing this, it creates floor space for players to drive to the basket. Unfortunately, for as good as the Cavs played in the second quarter, so did the Rockets. Donatas Motiejunas dominated the Cavs’ interior defense, scoring 13 points and went perfect from the field (4-4) and the free throw line (5-5) in the first half. The Rockets held a 44-43 point lead heading into halftime.

Anthony Bennett, who has been a shining star for the Cavs this summer, struggled today. In the third quarter, he picked up two quick fouls, air-balled a wide-open three and turned the ball over twice in the team’s first few possessions. Bennet finished the game with 11 points, shooting 4-11 from the field and six rebounds. 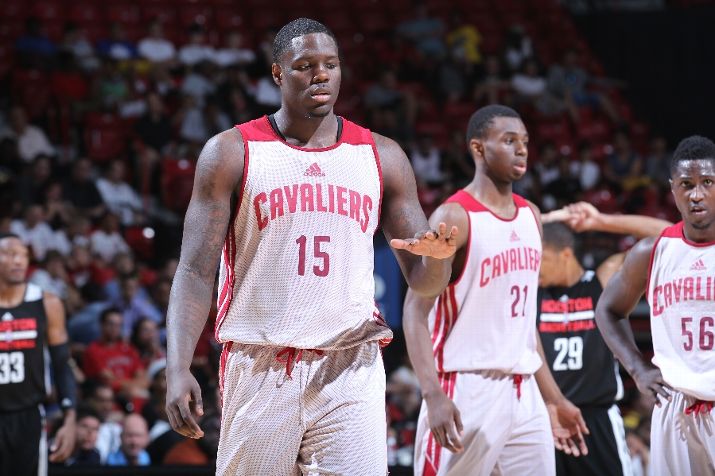 Anthony Bennet struggled to maintain his hot start as the Cavaliers lose to the Rockets in NBA Summer League.
(Photo by Jack Arent/NBAE via Getty Images)

Anthony Bennet struggled to maintain his hot start as the Cavaliers lose to the Rockets in NBA Summer League.
(Photo by Jack Arent/NBAE via Getty Images)[/caption]
RECOMMENDED

{adinserter 2} The Rockets dominated the interior of the Cavs’ defense, which lead to a multiple of easy baskets. The Rockets expanded their lead to a game-high 13 points with 2:10 left to play in the quarter. The Rockets led the Cavs 73-63 heading into the fourth quarter.

The Cavs cut their deficit to six with 6:07 to play after another highlight, chase down block, which contributed to a 10-1 run to cut the Rockets lead to one. However, that will be the closest the Cavs would get to making a comeback as Isaiah Cannon hit two-straight three pointers to extend the Rockets’ lead and propel them to victory. Cannon finished the game with a game-high 26 points.

The Cavaliers will advance to the loser-bracket and will play one more game tomorrow night.