Strengths and Weaknesses of Cavs’ 5-3 Start 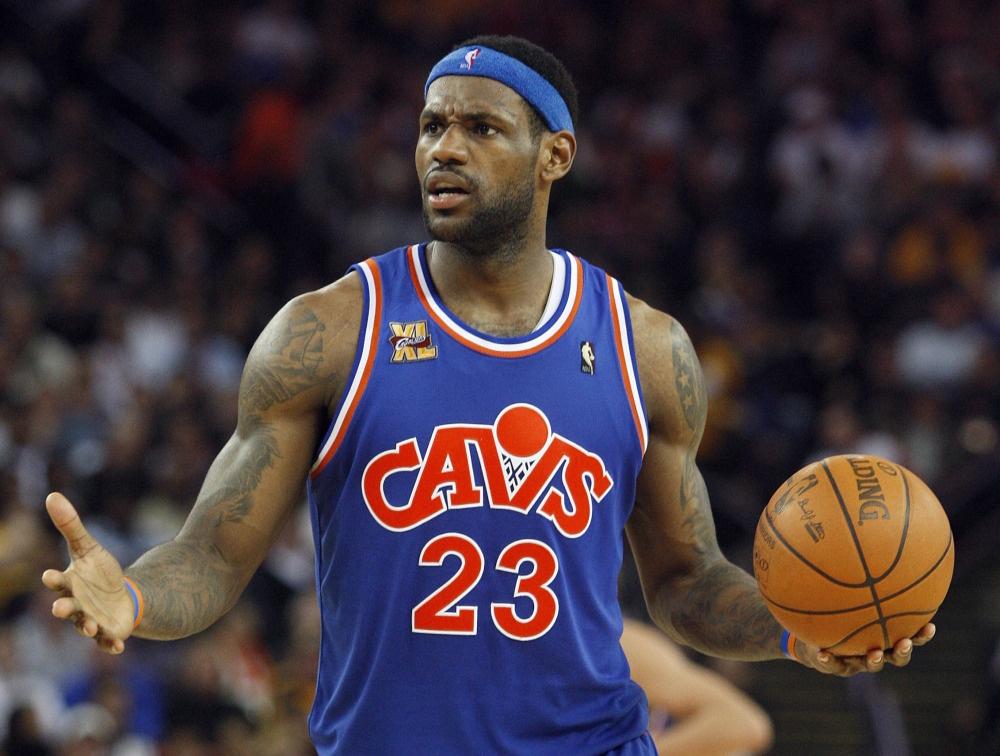 Through the first 4 games of the 2014-15 season, the Cleveland Cavaliers got off to a rugged 1-3 start, but have since turned things around as they are currently on a 4 game win streak, tied for the current longest in the NBA with the Portland Trailblazers. There are many things that have contributed to the Cavs 5-3 start, some excellent and other somewhat shocking. In this segment, we’ll look at the Cavaliers’ strong suits and weaknesses of the 5-3 start, and how they’ll fair against some of the league’s best in those departments.

The Cavaliers have started out strong in multiple categories this season, the best ones being their scoring as well as the three-point and free throw shooting.

Coming into the year, the Cavaliers brought in some notable and clutch 3 point shooters to their team. The Big Three of LeBron James, Kevin Love, and Kyrie Irving are all significant contributors in that department, as they’ve combined to make 53 threes on the season (James 16, Love 19, Irving 18). Through 8 games the Cavs are shooting 9.1/22.5 (40.6%) from 3 and are now number 1 in the NBA in 3 point percentage. Their 22.5 shots put them at 15th in the league in 3 pointers attempted per game, which is decent ranking for them considering they averaged just under 28 three point attempts while only making about 10 a game in the preseason. Here’s the comparison of 3-pointers made/ attempted during the 7 preseason and the 8 regular season games for the Cavaliers:

The players that Cleveland acquired in the offseason are also tremendous free throw shooters who shoot at a high volume. Together, the Cavaliers average 27.5 free throws per game and make an average of 22.3, which is an incredible 81%. That is the 4th highest percentage in the entire NBA just behind the Kings (81.2%), the Nets (81.9%), and the Suns (82.6%). If they can continue to shoot this efficiently, we may see their ranking in FT percentage go up to the top spot. To put things in perspective, the highest percentage ever in an NBA season was set by the Boston Celtics at 83.2%, so it is definitely achievable. Also, the Cavs get to the line 7th most behind the Kings, Raptors, Rockets, Lakers, Clippers, and the Timberwolves which is a great increase from last season where they shot only 22.7 free throws per game. Of course, they have the additions of James (80% this season) and Love (82.6% this season) to thank for that, but Irving (87.8%), Varejao (82.4%), and Thompson (76.5%) are also doing their parts in this category.
Another strong suit of the Cavs’ start this season has been their surprisingly great ability to take care of the basketball. Including their lackluster season opener at the Q where they turned the ball over 19 times against a bad New York Knicks team (James had 8 himself), Cleveland is averaging just 11.9 turnovers per game. That’s a terrific, low number which ranks 4th lowest in the NBA. Committing less turnovers means they’re likely taking more shots, so the Cavaliers will have to continue to keep valuing the ball and making smart plays to gain those scoring chances that’ll come in handy in close games.

With Cleveland doing very well shooting from outside and the free throw line while taking care of the basketball, it shouldn’t be too surprising that they’re 2nd in the league in scoring at a whopping 107.9 points per game. It’s clear that David Blatt and the Cavaliers have found their offensive rhythm at this point and the Cavs should have no problem continuing to put up points, especially against the weaker teams in the respective conferences. They will be tested however, as they will be playing 3 excellent teams in San Antonio, Washington, and Toronto this upcoming week.
With Kevin Love, Anderson Varejao, and Tristan Thompson on this roster, Cleveland was widely expected to win a lot of rebound battles. They’re 4-3 in that department so far with a tie in rebounds (at 42 rebounds) against Denver. The Cavs have done a solid job of boxing out and keeping opponents from grabbing rebounds, holding them to just 40.5 rebounds per game. The 40.5 allowed is ranked 7th best in the NBA in fewest opponents’ rebounds per game. 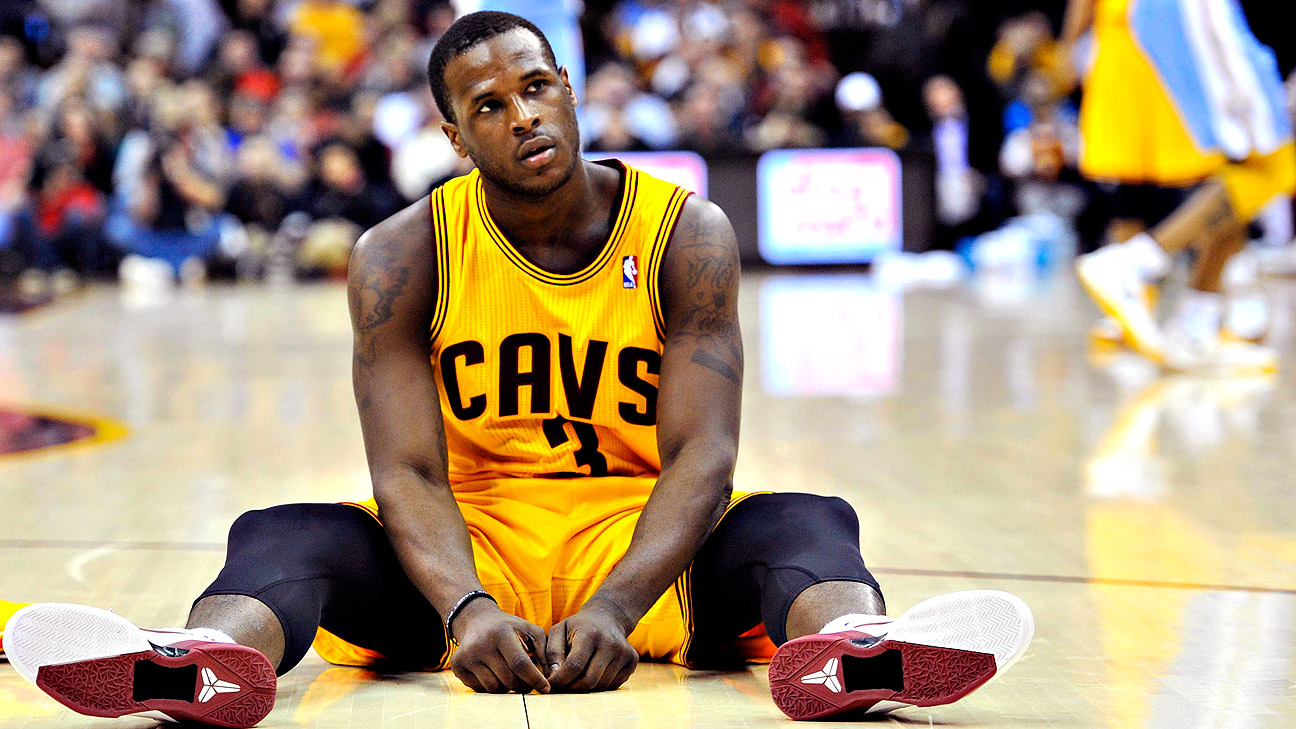 Although the Cleveland Cavaliers have had a lot of bright spots in the early going of the season, there have also been many defensive lapses and some miscommunication all around that has led to some scary statistical results. These are definitely areas that should be addressed as the season progresses and the players get more associated and connected with one another.

We’ll start with the biggest thing that critics were questioning the Cavaliers for, and that their incredibly low assist numbers for such a talented team. Through the first 4 games, Cleveland was last in assists at 16 per game, including a disastrous 6 total assist game against the Utah Jazz. James had 4 assists that game, Love had another, and Waiters added the last one. Irving was most criticized for finishing with 34 points and 0 assists in a whopping 45 minutes, and rightfully so. An All-Star point guard on a championship caliber team should never finish with a goose egg in the assist column, especially when playing as many as 45 minutes. They’ve increased that number over the last 4 games, including a 39 assist game against the Hawks, and are now 12th best at 22.0 assists per game. They’ve got a lot of work and ball movement to carry out to become a great passing team, but they seem to be headed in the right direction. The San Antonio Spurs showed the NBA and LeBron James firsthand that sharing the ball wins championships no matter how much talent is on the team. On a side note, the Cavaliers also allow their opponents to get the 2nd most assists per game at 26.6 per game (Rajon Rondo had 16 alone against the Cavaliers), just behind the Hawks, who are at 27.8 and worst in the league. They’ll need to cut off a lot of passing lanes in order to get that number down.
While we’re talking about offense, the Cavaliers were shooting a dismal 43.1% from the field prior to their back-to-back set with the Celtics and Hawks, but they increased it to a solid 45.6% and now rank 13th in field goal percentage. With that being said, it’s a little surprising that they’re also averaging an insanely high 107.9 (2nd in the league behind Dallas at 109.5) points per game, which is not bad for a team still figuring out its offensive schemes and what works best for them. They’ll need to be far more efficient and get that number to around 48% when they play the higher caliber teams in the league.

Now on to the defense of the Cavaliers, where the first area we’ll look at is their ability to guard the 3-point line, or their lacking of it. Cleveland’s defense in the first 6 games has allowed their opponents to shoot 39.3% from three, which turned out to be the 5th worst 3-point defense in the NBA. They’ve improved that number down to 35.3% and 15th in the NBA. Most notably this season, they’ve allowed Mike Dunleavy (CHI) to shoot 4-7, Kirk Hinrich (CHI) to shoot 3-5, Damian Lillard (POR) to shoot 5-10, and Ryan Anderson (NOP) to shoot 8-12 from 3. All of these are well known 3 point shooters, so it’s not like Cleveland wasn’t aware of what they were capable of. They will have to step up their close outs and rotate to the shooters when necessary. If there’s anything Cleveland wants to do, it’s to force contested 2’s rather than open 3’s.

This table shows the Cleveland Cavalier’s defense in different spots on the floor:

The most glaring numbers are the shots at the rim where Cavs’ opponents shoot 64.7%, the 41.3% shooting from the 3-point line, and the 47.2% shooting from the 2 midrange spots. If these stats are any indication of how Cleveland will play, then they’ll struggle against teams like Houston, Golden State, Toronto, and Sacramento to name a few. Roy Hibbert and Dwight Howard are excelling on the low post, Kyle Korver, Jimmy Butler, and Klay Thompson are shooting lights out from 3, and players like DeMarcus Cousins, Blake Griffin, and Chris Bosh can mix it up with an array of moves from the low post to a long, mid-range jumpshot.

Cleveland’s rebounding was mentioned above as one of their strength because they don’t allow their opponents many rebounds (40.5 RPG). Their overall rebounds per game, however, stand at only 41.3, so they’re marginally outrebounding their opponents by less than one a game. Cleveland has only one player averaging over 7 rebounds in Kevin Love, who’s grabbing 10.3 rebounds a game. The next closest players are LeBron James at 6.4, Tristan Thompson at 6.3, and Anderson Varejao at 6 rebounds per game. As much as they seem to be doing a good job on the boards, they’ll need to step it up even more to win rebound battles and secure more opportunities for their team.

In terms of the Cavaliers statistical defense, there isn’t much showing there as well. They are averaging 6.4 steals per game which is 20th in the league. Because they don’t cause a lot of turnovers, it shows in their 13.4 opponent’s turnovers per game (tied with LA Lakers for 16th best in the NBA; Philadelphia is surprisingly number 1, creating 18.8 turnovers per game). As expected, the small Cavaliers team is also averaging just 3.5 blocks per game, which is 28th in the NBA just ahead of the Heat and Grizzlies. This isn’t to say that you can’t be successful if you don’t have the defensive statistics in the box-score, but because they likely won’t have a high blocking total, the Cavs will need the extra effort to stay in the passing lanes to create steals, turnovers, loose balls, fast-break as well as secondary-break opportunities (which we know LeBron, Kyrie, and K. Love live off of).

So far in the 8 games we’ve seen the Cavaliers play, those have been the points they’re excelling at and the spots they’re struggling. Again, we’re only 8 games into the young season and there’s tons of room for improvement in the remaining 74 regular season games. Although David Blatt’s offense is running fairly smooth right now, he cannot be happy with his team’s lack of defense at the rim and from the midrange spots. Although he probably does, these are spots that he clearly needs to address and emphasize to his team as they get more acquainted with one another.