Stephen A. Smith goes off on his show after LeBron James accused his report as false 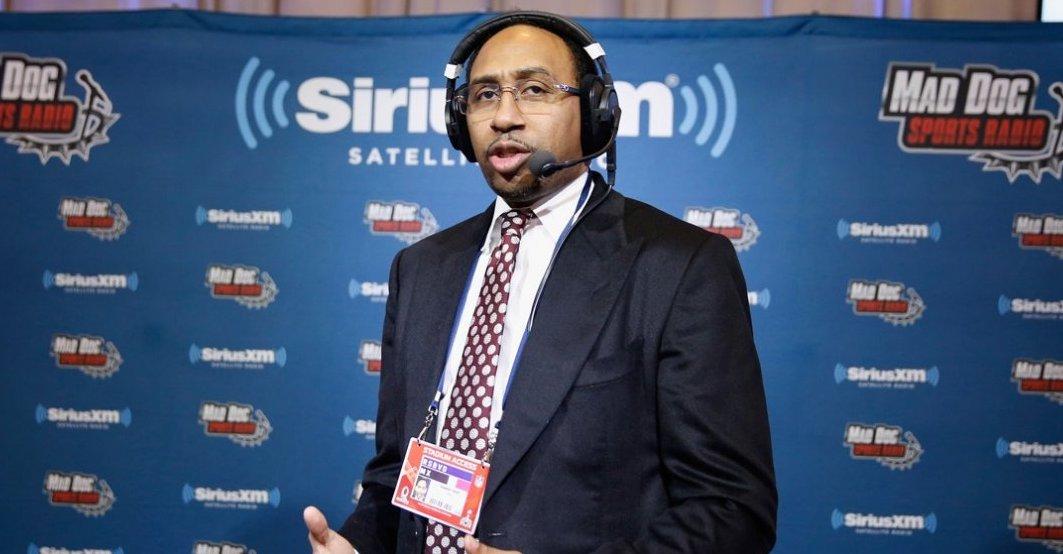 In a rant on his radio show that lasted 15 minutes long, noted sports media personality Stephen A. Smith sounded like a man who would likely beat Cleveland Cavaliers forward LeBron James to a pulp if he ever found himself in a room with the NBA superstar.

Smith was apparently incensed when James suggested in a Twitter post that what Smith’s report of the four-time MVP wanting to beat Kyrie Irving’s a** was false and purely made-up.

Triggered and feeling that his journalistic credibility was being undermined, Smith responded with a fury, unleashing an epic diatribe, in which he even went as far as threatening to disclose some explosive secrets about James that he has up his sleeves.

Here’s the audio of the bit as captured on Soundcloud by user SportsRapport.

Smith has a history of going off on an NBA superstar. Take for example the numerous times in which he nearly ripped a vocal cord criticizing Kevin Durant.

Cleveland has so much going on in its camp this offseason, and sidelights like this doesn’t make life easier for concerned Cavs fans. Maybe James could offer Smith a box of pizza as a form of apology?