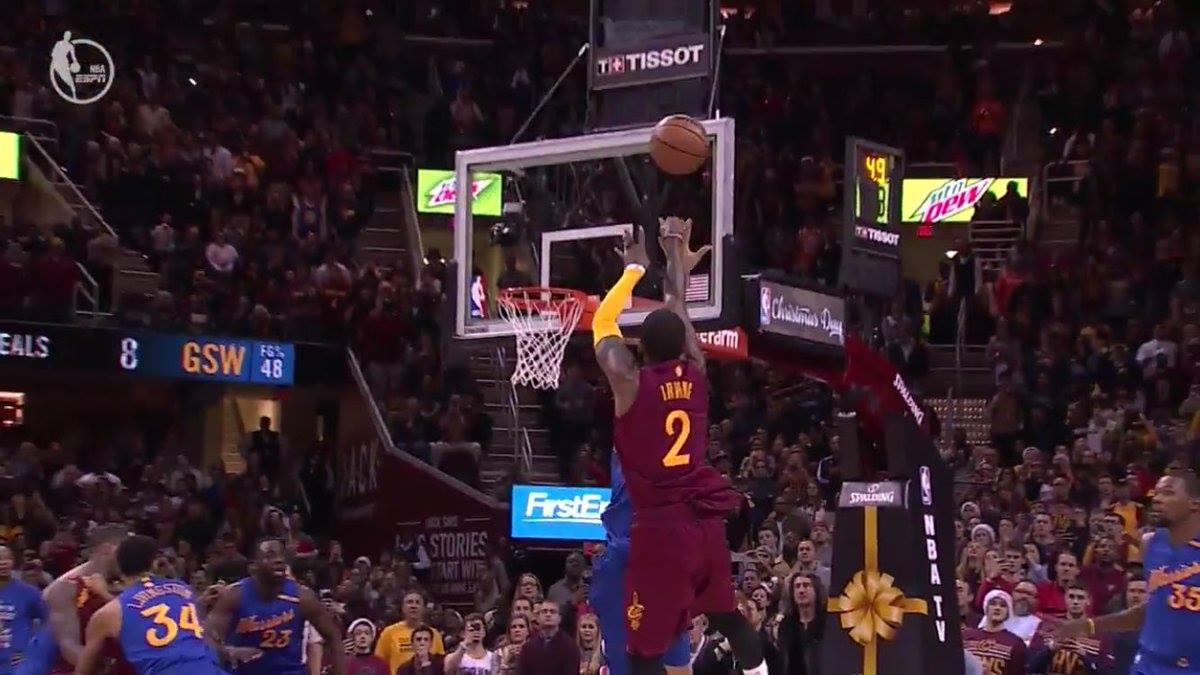 Kyrie Irving gave Cavs fans a very Merry Christmas yesterday, scoring 14 points in the fourth quarter while leading Cleveland back from a 14-point fourth quarter deficit. To top that off, he hit the game winning jumper over Klay Thompson with just 3.4 seconds remaining, putting the Cavs up 109-108, which would end up being the final score.

After seeing Irving hit the game winner over Stephen Curry in Game 7 of last year’s Finals, Steve Kerr opted to bench last season’s unanimous MVP for the final defensive possession. It didn’t matter as Irving hit the turnaround shot over Thompson while Curry helplessly watched from the bench.