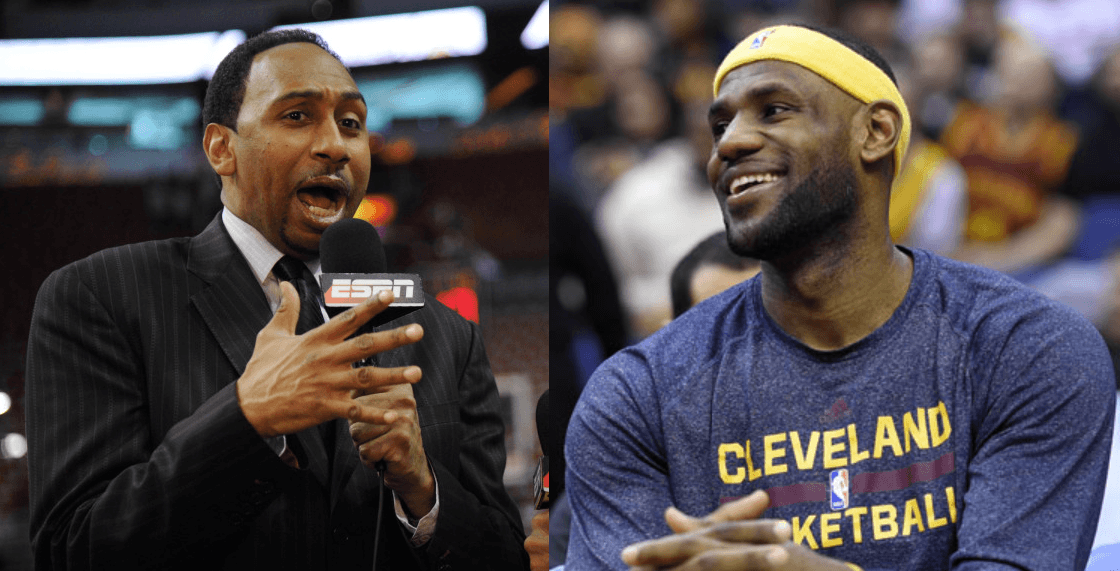 Last week, Stephen A. Smith came out and publicly said that Kyrie Irving was unhappy in Cleveland
.

Stephen A. Smith joined Jorge and Izzy’s ESPN radio show recently, where he put another rumor out there from his ‘sources,’ this time saying that he thinks LeBron James could very well make his way back to Miami. Here’s the audio and transcript of Smith’s comments.

“What everybody who’s close to him continuously reminds me of is: ‘don’t you dare take LeBron for granted or think he’s trapped into staying in Cleveland just because he came back. Don’t put it past him that he’ll get so annoyed that he’ll leave again if he feels like he’s being taken for granted, ran into the ground and, essentially, misused.”

On ESPN’s First Take, Smith mentioned this as well, and it’s unclear whether his sources are true or he’s just trying to stir stuff up in Cleveland.

“I will tell you this: LeBron never once promised to retire a Cleveland Cavalier. His mission is to come back and deliver a Championship to the city of Cleveland, I don’t see him departing before that happens unless he believes there’s no hope or something else happens with Dan Gilbert.”