Stanley Johnson Takes Another Shot At Cavs Ahead Of Game 4 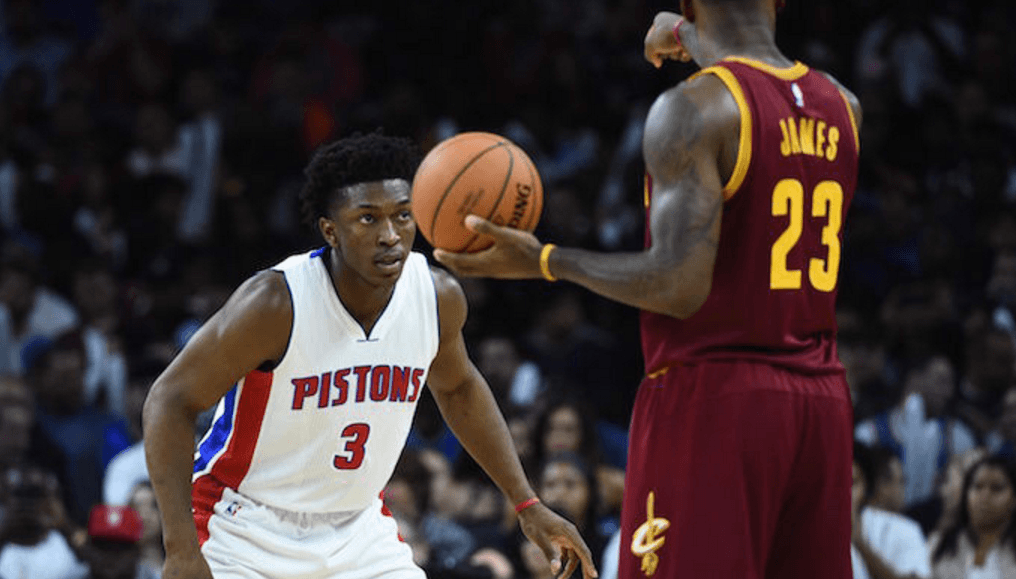 Stanley Johnson has shown that he’s not afraid of the big moment of the big-name players. Since calling out LeBron James after Game 1, he and his team have been torched by not only James, but also Kyrie Irving and Kevin Love.

Outside of James, Love, and Irving, the Cavs have played a 7-to-8 man rotation and gotten 13 points and 5.7 rebounds from J.R. Smith, nine points and five assists from Matthew Dellavedova, and just 3.3 points from Iman Shumpert and Tristan Thompson.

Instead of attacking James ahead of Game 4 as he’s done previously, Johnson instead decided to attack the Cavs bench, citing their lack of playing and effectiveness. Here’s the quote from a Fox Sports Ohio graphic. 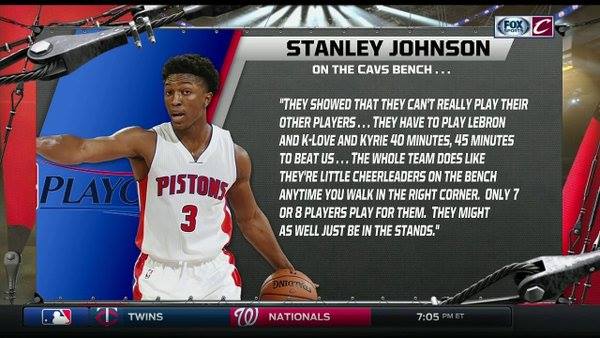 At this point, it’s fairly pointless to continue trash talking, especially when you’re down 3-0 to the first seed in the Eastern Conference. Johnson and the Pistons are on their last leg, hoping to get a Game 4 win to save their season, but they know the series is essentially over, with no team ever coming back from a 3-0 deficit to win a series. 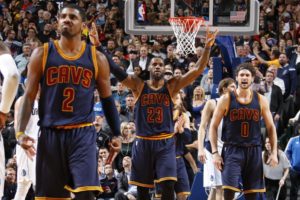