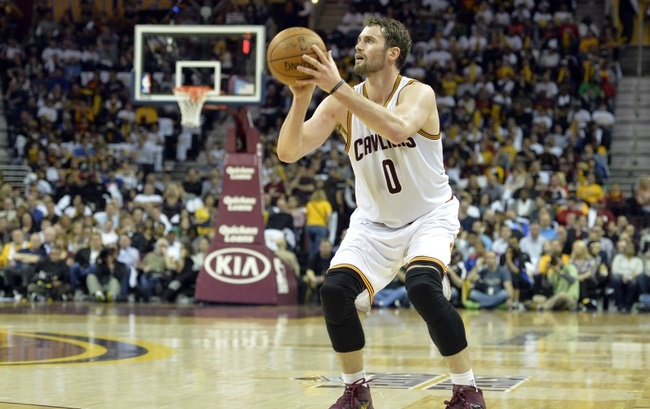 You would think that ESPN and SportsCenter have all, and we mean, ALL, the resources available to get some good game photos of players. Some players don’t play as much, but there’s so many different outlets that provide images, that it shouldn’t be an issue finding one.

A picture of Cleveland Cavaliers’ All-Star power forward Kevin Love, then, really shouldn’t be a problem to find. However, the folks there seem to have some trouble with it. Take a look at this stat-alert tweet that was sent out at 7:50 PM PST after Anthony Davis put up a 40-10 game for the Pelicans in a loss, and you tell us what you see wrong here… 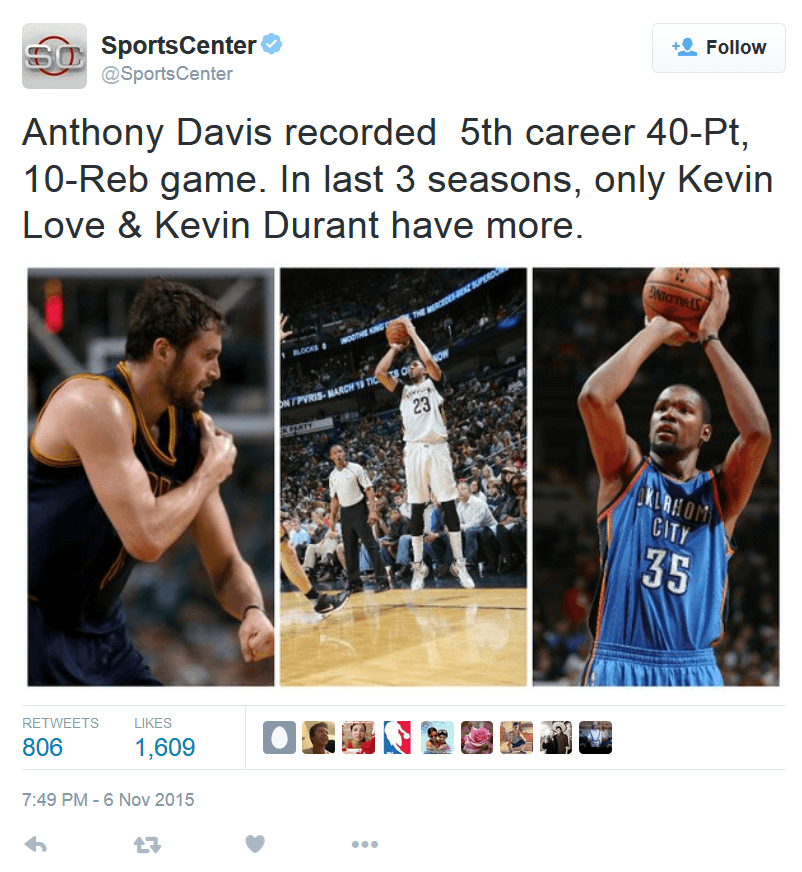 Come on SportsCenter, you guys can do better than that. Here, we’ll help you out with a few. 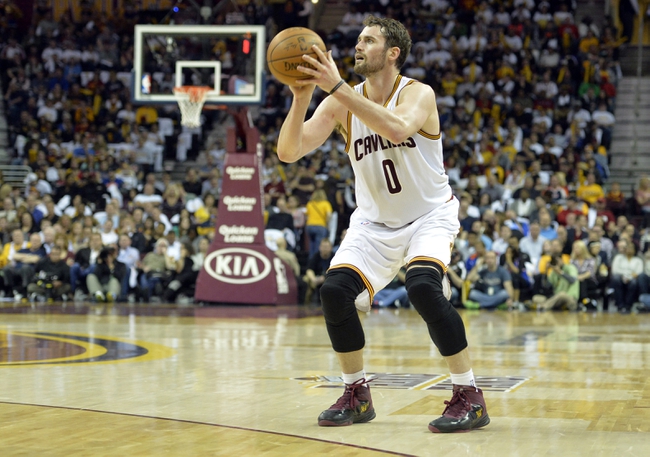 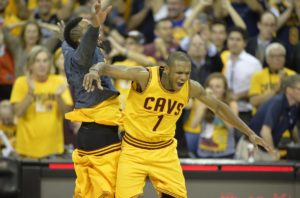