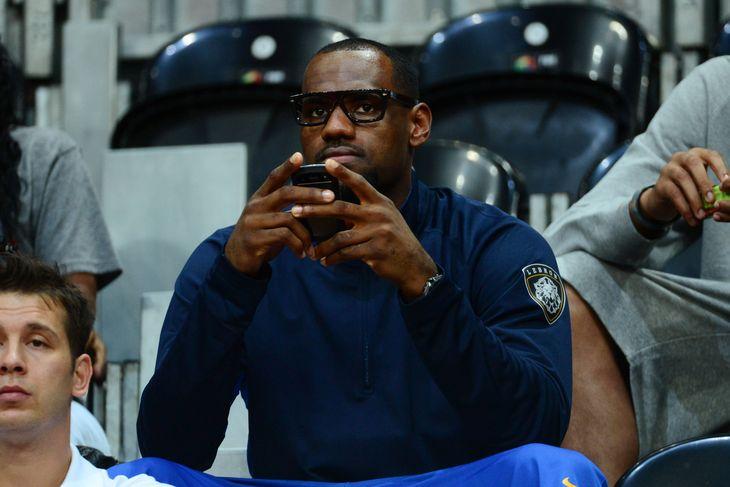 LeBron James is an avid tweeter and is very active on social media. The only time he shuts it down is during the playoffs, when he’s fully focused on basketball. James has more than 23.2 million followers and Twitter, and everyone one of his tweets get hundreds of thousands of favorites and retweets while reaching millions of people around the world.

If there was anyone you’d want to sponsor your product to a worldwide audience, it’d probably be the best player in the NBA in LeBron James. ESPN reported on just how much each tweet is worth:

Opendorse, a company that specializes in executing and monetizing digital and social media campaigns for athletes, says a tweet from James, who has 23.2 million followers, has the highest value of any U.S. athlete. Each tweet from James has a media value of $139,474, the company said.

“We’re basically saying that the value of one LeBron tweet is worth $140,000,” said Opendorse CEO Blake Lawrence. “And with that, you will reach 23 million people. It would cost you five times more to reach that many people with a TV ad.”

Despite the incredible amount for James to tweet, Lawrence says that companies normally pay athletes anywhere from $1,000 to $2,500 per tweet. It just goes to show the amount of influence and publicity that some players have on their fans.