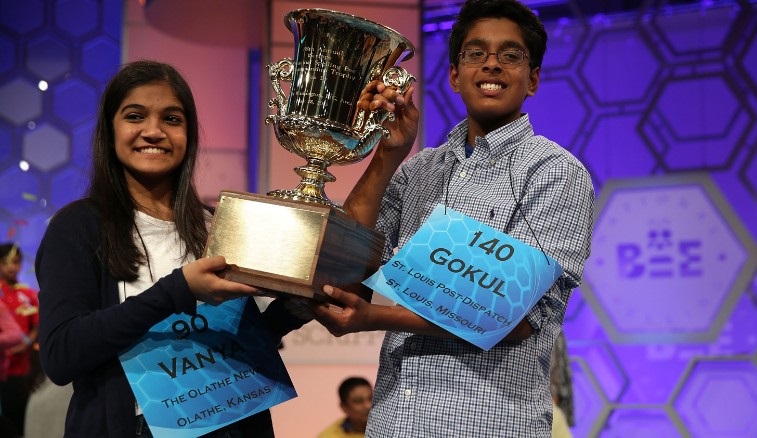 With the NBA off for eight days, the highlight of the day on Thursday night was the 2015 Scripps National Spelling Bee.

In a back and forth effort, 13-year old Vanya Shivashankar of Olathe, Kansas and 14-year old Gokul Venkatachalam of Chesterfield, Missouri could not break away from one another and ended up as co-champions of this year’s spelling bee.

Venkatachalam is apparently an avid LeBron James fan, and wore the fellow champion’s jersey under his shirt for good luck.

.@KingJames Cavs jersey on Gokul Venkatachalam. He says Cavs will win in 6. Will he win @ScrippsBee? #spellingbee pic.twitter.com/6jgQLpNnW8

Just prior to the competition, Venkatachalam posted a “Decision” spoof to announce that he’s taking his talents to the 2015 Spelling Bee.

"I'm taking my talents to the National Spelling Bee" https://t.co/nZRZlFH2FD 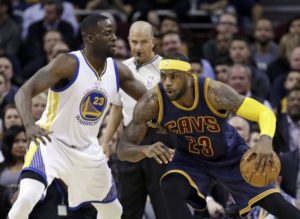 JUST IN: 5 Reasons Why The Cavs Can Beat The Warriors For The NBA Championship
Related TopicsChampionESPNLeBron JamesSpelling Bee