Remember back early in the year when LeBron James said that Kyrie Irving was the best point guard in the league and that he had MVP-calibre talent? Remember when even the most devoted Cleveland fans said something along the lines of “well yes he’s super good, but I’m not sure he’s Russ or Steph yet.” Kyrie remembers.

Irving’s most vivid memory of doubt came in his first NBA Finals. Going down toward the end of game one, beginning an inevitable end to Cleveland’s magical 2015 run. If last year was Irving’s attempt to prove he could do more than just stat-stuff for a bad team, this year he’s manifested himself as a true heir to the Cleveland’s Throne for his go-to offensive production. Irving decided to show up these playoffs, and for more than a championship; he (rightfully so) has his eyes on that elusive Finals MVP award.

Kyrie’s stats alone tell a story; not just his ascension as Cleveland’s leading scorer these playoffs with over 24 points a game, but also his evolution to a point guard from an undersized shooting guard. Irving is averaging 5.1 assists a game, almost one more a game than his career average. Playing alongside LeBron James, they run the offense in tandem, sharing ball holder responsibilities and distributing when necessary. Sure, Kyrie has become a ball-handling accessory to LeBron’s post dominant style, but more than that Kyrie has taken back his mantle as an All-Star. Tyronn Lue stated in a press conference on Friday that “Kyrie is back 100%” and it’s hard to deny the evidence. 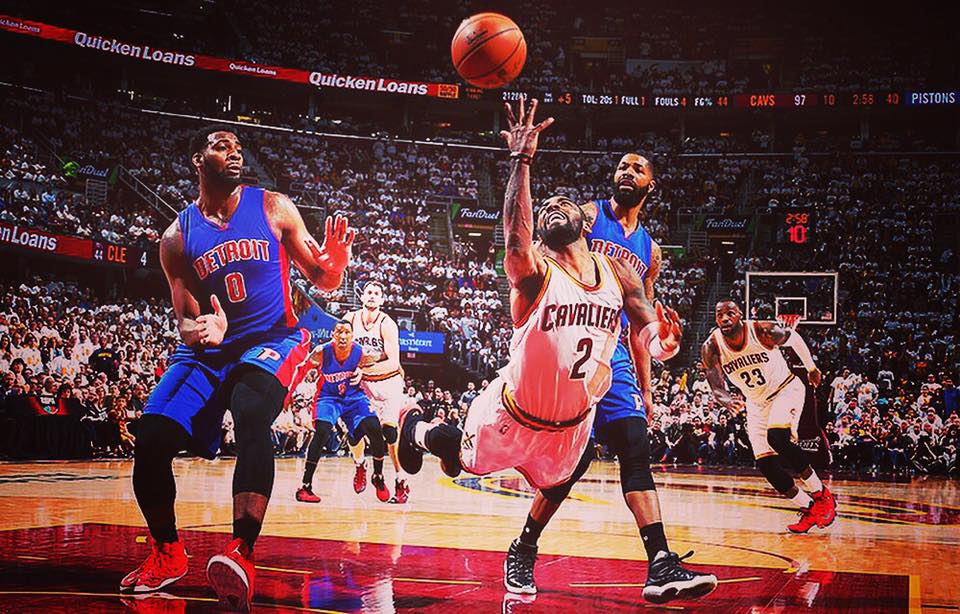 Becoming the Finals MVP, however, is more than just being a scoring threat. Sure odds sat 30-1 on JR Smith being Finals MVP last year, based on the assumption his three point shooting would be the deciding factor; but in the end, last year’s winner, Andre Iguodala, made an impact on the defensive end, and had a total impact on the series as a whole. Kyrie isn’t the defensive specialist that JR Smith has become, or Iman Shumpert is billed for, but he’s gone from James Harden to passable over this past year. Watching game two, I found myself actually being ok with Kyrie picking up 2-3 fouls on the defensive end of the court simply because he was active. Kyrie will never be able to swallow up opposing point guards like Chris Paul or Steph Curry, but embracing the challenge without relent on top of his undeterred scoring instinct is more than championship basketball. It may allow him to have a great enough impact in the Finals to earn the “all-around player” label he needs for the MVP award.

Previously the de facto team captain before LeBron returned, Irving was immature, young, inexperienced, and to be perfectly honest, unfit. But his greatest improvement since then is his leadership. Under LeBron’s guidance, he has become an excellent leader, and more importantly, a floor general. For 10 odd minutes a game, Kyrie is leading the team on his own. No LeBron, sometimes no Kevin Love either. During this period, where teams often expect to see a dip in production, Kyrie Irving picks up the slack and shines. Irving’s field goal attempts nearly double the second LeBron checks out of a game. As if simply flipping a switch, he transforms the offensive style.

While his usage skyrockets through these periods (usually a sign of Iso-ball play), his incorporation of his teammates in non-statistical aspects of the game rises as well. Instead of simply taking contested jumpers, Kyrie runs pick and roll combos with just about any big on the floor, drops back on coverage, and dribble moves to the basket, knowing he has security in a big ready to take a feed pass, or grab an overshot layup. Kyrie naturally runs the offense like a puppet master, making each piece on the floor dance to his rhythm, yet incorporating each player into the show with ease and grace.

The poise and fluidity of Irving’s offensive game are something to marvel at. While not comparable, he is competitive from the three-point line against Steph Curry, shooting a scorching 53% from beyond the arc. He doesn’t bully his way to rim like Russel Westbrook, instead choosing to employ effortless, precise body control to weave his way around individuals both on the ground and in the air. His assists don’t mark his game like John Wall, no they’re simply systematic. With the focus divided between James and Love, Irving has a brighter spotlight that he’s fully capable of taking in perhaps the greatest sports moment in Cleveland history. 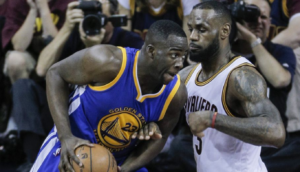