U.S. National Soccer Team talisman Christian Pulisic hasn’t been witness to many defeats, either with the youth-infused red-white-and-blue or with his club team Borussia Dortmund, but upon returning to his new home in Germany, he’s bound to feel what it’s like to lose a bet with another pro.

No, it was wasn’t millions or thousands, or even hundreds, but 20. As in 20 slaps to the face he will receive from fellow Dortmund star Marco Reus after losing an NBA Finals bet with the parallel midfielder.

Pulisic is a fan of LeBron James and the Cleveland Cavaliers and consequently bet for them to repeat, but now awaits the consequences once he’s back in Germany and sees Reus for the first time looking to collect.

The 18-year-old was asked about his teammate and what it has been like to play all season long alongside him.

“Marco Reus? It’s really good. We actually made a bet on the NBA Finals,” Pulisic told Jacob Klinger of PennLive.com “He gets to slap me 20 times when I get back because the Warriors won.”

If you were a fan of the young gun for his dazzling runs on the field or his scoring acumen in a national team jersey, you’ll now like him even more after he’s willing to stand up to an old school gentleman’s bet. 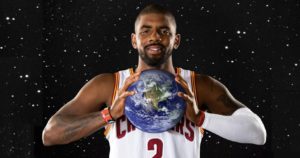