LeBron James or Stephen Curry? That’s what a lot of fans and even celebrities like to argue nowadays. James has the most complete game seen since Oscar Robertson, while Curry will likely go down as the greatest shooter of all time if he keeps shooting at this rate.

Michael Jordan recently revealed who he would rather play 1-on-1 against when he did a Q&A with some kids at his camp.

Snoop Dogg sat down with At The Buzzer, and was asked who he would rather take on his team. The rap legend gives his interesting take.

Everyone's got an opinion on Steph Curry vs LeBron James so @KristenBalboni asked @SnoopDogg to weigh in! #TurfdUp https://t.co/s6Ut7I0UCs

Snoop Dogg is sort of an old school rapper, so it’s a big surprising that he chose Curry over LeBron to play in the NBA. 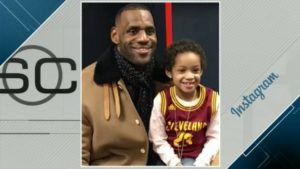