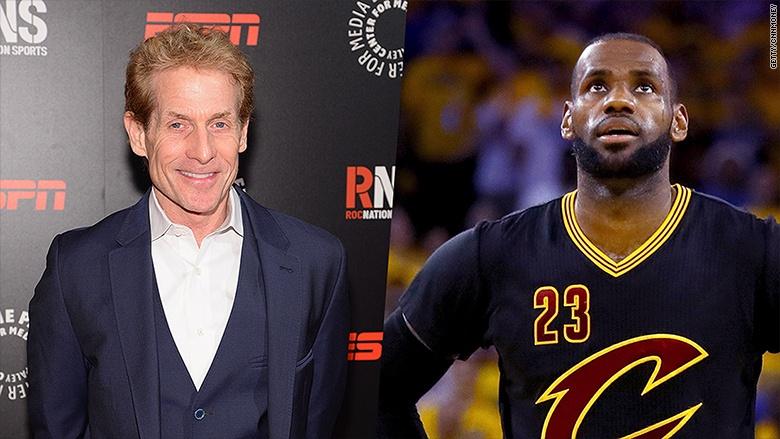 James helped Cleveland do what no team has ever done, come back from a 3-1 deficit to win an NBA Finals. Everyone is giving the King credit, the Warriors fans have even shown their respect, but one hater will never stop hating.

Skip Bayless just can’t seem to give the King any credit for what he’s doing, instead choosing to constantly bash LeBron and his legacy. Here’s what he had to say after the Cavs epic comeback and first championship in franchise history.

How can Kyrie Irving not be Finals MVP after his last four games?

The Spurs would've beaten these Cavs.

As I predicted, all I'm seeing/hearing/reading is that LeBron now rivals MJ and could pass him as Greatest Ever. HILARIOUSLY ABSURD.

Michael Jordan had the greatest clutch gene ever. LeBron, not so much.

So please don't tell me LeBron James, great as he is, will ever even sniff the legacy of Michael Jordan, who went 6-0 in Finals with 6 MVPs.