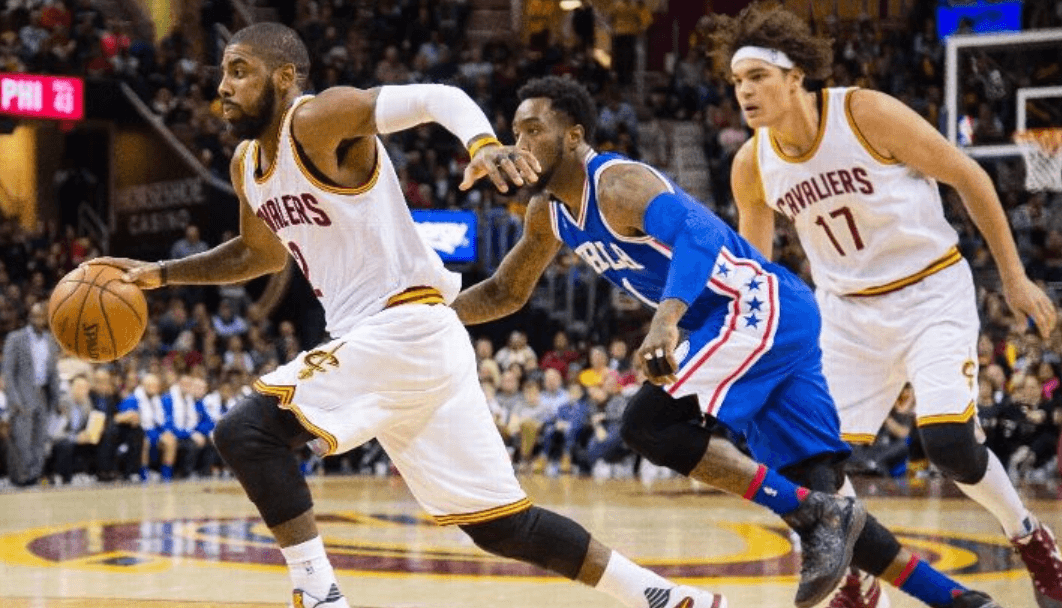 Kyrie Irving made his return last night after a little over six months on the shelf recovering from a fractured kneecap. He had a rough start to the game, shooting 0-5 in the first quarter and a half, until LeBron finally gave him the easiest attempt of the night: a wide open running layup with no Sixers player within 25 feet of him. He finished the half 1-6, but was awakened in the second half.

It wasn’t something the Cavs said or did that got Irving going. Rather, it was the Sixers’ Kendall Marshall who fueled Irving.

With about 11:06 left in the third quarter, Marshall sized Irving up and called for an iso (isolation play) so he could take Irving 1-on-1. Marshall drove at Irving, but missed a turnaround jumper.

Irving received the ball from Mozgov on the rebound, and drove right at Marshall, executing his seemingly-patented euro-step, up-and-under the basket move, reversing the ball home.

On the next possession, Irving dribbled up the length of the floor guarded by Isiah Canaan. He used a series of left-to-right crossover dribbles before using a Kevin Love screen to free himself for an open three pointer.

After the game, Irving talked about how that play sparked him.

“That kind of got me going,” Irving said. “He tried to iso me on the right wing. That was pretty funny. That was going back to our high school days. I’ve known Kendall for a while now. Him trying to go at me, it was more or less a test.”

It was Irving’s first game action since Game 1 of the NBA Finals, and he had been urging the Cavs to let him play for weeks, but he know that his return is a process.

“Obviously, the first game back we weren’t trying to push it too hard, and I just wanted to go out there and see how it felt,” Irving said. “Hopefully, every game I can progress and feel better.”

Irving’s next game action will be Wednesday at home against the New York Knicks.