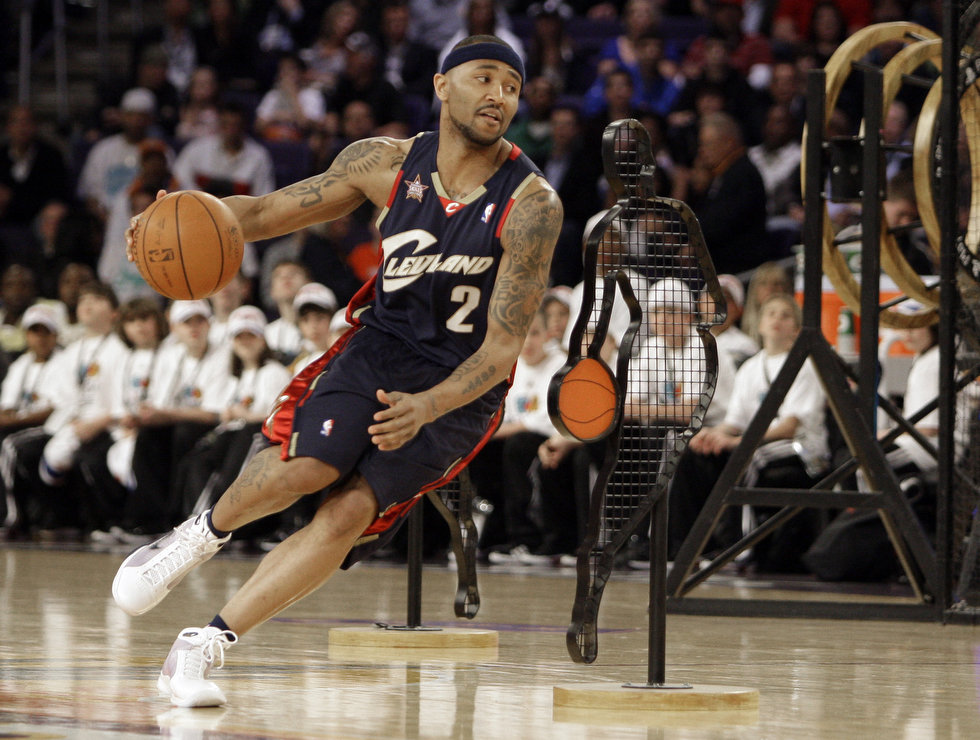 When Kyrie Irving, Kevin Love, and LeBron James are on the floor at once, very few teams can match the collective offensive talent that they possess. During the regular season the Cavaliers had the third highest offensive efficiency in the NBA and averaged 120 points per 100 possessions with the Big Three on the floor.

With the game now dominated by guards, the Cleveland offense saw a great decline in efficiency and scoring when Kyrie was not playing. This was evident by a sick narrative with Irving suffering his infamous fractured kneecap in the first game of the finals right after Cleveland coped with playing on without Kevin Love.

Matthew Dellavedova captured the hearts of Northeast Ohio with his gritty performance but his playing style was not sustainable as he lacked any type of consistent offensive game, often relying on a mediocre three-point shot. Magnified by the offensive brilliance that Irving possesses, the drop-off in scoring at that position, despite the improvement on defense, was alarming.

Just like the Cavalier who currently wears his old No. 2 jersey, Mo was a fan favorite for the Wine and Gold. Traded to the Cavaliers in 2008, Williams was a key part of their success as he averaged 16 points, 5 assists, shot 40% from deep, and earned his lone All Star appearance during his first three-year stint with the team. Despite criticisms regarding his playoff efficiency and defense, fans remember that as a member of the Cavs, he’s been clutch, has exploded for points and is still a threat to do so by dropping 52 points in a game just this past season. As a scoring guard Mo Williams fits in on this team like a corner piece of a puzzle, quick, easy, and with little debate.

With him around, Irving no longer have to play as many minutes and the Cavaliers can keep the defense stretched out for LeBron James and the big men to maneuver in the land of the giants without having to worry about defenders over helping as they would when Dellavedova plays. Mo also takes away ball handling responsibility from LeBron who, despite being the first relevant point forward since Larry Bird, can add an extra dimension to the offense by creating opportunities for himself and teammates from the post and the weak-side especially when there’s more room to work around.

Unlike Kyrie Irving, Mo Williams does not have elite off-ball maneuverability and finishing ability, which means that his responsibilities on the team will be simple and one-dimensional. In this case, simple is exponentially better. Mo Williams’ biggest contribution to the team will be his offense from the point guard position, playing him anywhere else or alongside another point guard under 99% of imaginable circumstances would simply be uncalled for and nobody would be able to defend David Blatt for such a decision.

Though his three point percentage has dipped since his days in Cleveland (a common theme for players who go from a team with LeBron to a team without), with defenses having to pay so much attention to Love and James at any given time, Mo can have the same kind of success that Steve Kerr enjoyed while he was with the Bulls, finding open space due to the multitude of threats on the floor.

And if the Cavs, for some reasons, do not re-sign Smith, who has the ability to stretch a defense from Cleveland to China, then they have two initial options: put Shumpert on the floor, a pedestrian 34% shooter from downtown, where he would see a lot of open looks transitioning him to become a spot up shooter who could also use his athletic ability to get to the basket on hard closeouts or give the Joe Harris the playing time he had at the beginning of last year and let him rain threes like he did in college as a Cavalier wearing navy blue and orange.

Essentially, the return of LeBron’s first reliable sidekick in Mo Williams gives the Cavaliers the offensive depth needed to maintain any semblance of an offense from the back-up point guard spot so that the injury prone Irving can rest for more minutes. Coming off a lackluster bench that ranked in the bottom third of the league in 19-of-22 recorded categories, (most notably, last in offense averaging 24 points per game during the season and 21 during the playoffs) Mo Gotti is expected to thrive.

With more offseason moves yet to be made by the Cleveland front office and the development of those on the summer league team, the squad from #TheLand is now one capable swingman away from being, for all intents and purposes, a complete team. 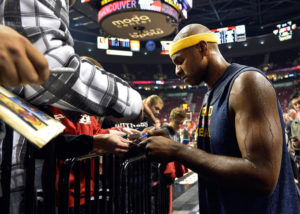