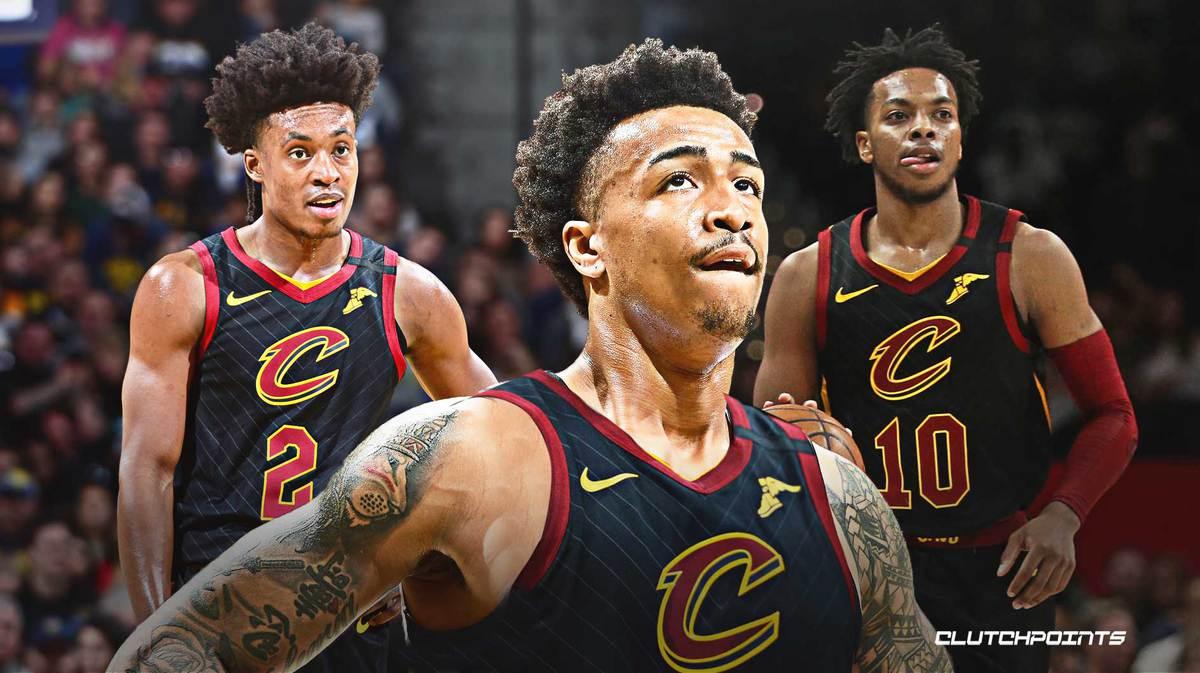 The Atlanta Hawks are in the midst of a three-game losing streak, and the locker room isn’t in the greatest shape. Forward John Collins is unhappy with point guard Trae Young dominating the offense, and it seems that Collins will soon be playing elsewhere, as he reportedly rejected a $90 million extension from the team this past offseason. If the Hawks look to deal the 23-year-old, should the Cleveland Cavaliers make an offer?

Collins was the 17th overall pick in the 2017 NBA Draft, and has, at least from a statistical standpoint, thoroughly outplayed his draft slot. In 41 games last season (he was suspended for the first 25 contests due to a violation of the NBA’s drug policy) John Collins averaged 21.6 points, 10.1 rebounds, and 1.6 blocks per game while shooting 58% from the field and 40% on 3.6 attempts from beyond the arc. He’s a high-flying scorer who makes multiple highlight-reel dunks each night and also offers excellent floor spacing. He stands 6-9 235 pounds and has seen plenty of minutes at both frontcourt positions.

Defensively, Collins is respectable in the paint, but isn’t the most agile player on the perimeter, and isn’t someone you want switching onto guards. The Cavs have been (surprisingly) a very good defensive team through three weeks, and adding Collins to the fold could help them improve, as long as he’s used properly on that end of the court.

On offense, John Collins would give the Cavaliers elite athleticism in the frontcourt and provide Collin Sexton and Darius Garland with an elite pick-and-roll and lob threat. Collins’ floor spacing would also be a welcome addition, and he is capable of taking bigs off the dribble. One would certainly want Collins creating his own shot over Andre Drummond. From an on-court standpoint, Collins seems like an excellent fit with Cleveland. A frontcourt player will almost certainly be added in the 2021 NBA Draft, but that’s no reason to pass on adding an All-Star.

John Collins won’t turn 24 years old until September, and will almost certainly be looking for a max contract this offseason. Any team that trades for him would be operating with the intention to sign him to a new deal, which will be expensive. Is he worth a max contract? Well, if players like Tobias Harris, De’Aaron Fox, Jamal Murray, Bam Adebayo, Brandon Ingram, and Gordon Hayward can all get over $120 million guaranteed, it seems like that will be Collins’ market. The game has moved away from traditional big men, which makes versatile athletes like Collins all the more valuable, and there are only so many of those humans on the planet. He’s a modern big and despite his very good play over the past few seasons, he’s barely scratched the surface of his potential.

It’s unlikely the Hawks can afford to max John Collins, even if they are able to repair that relationship, so Atlanta’s leverage here does take a hit. However, uber-athletic 23-year-old big men with three years of great production don’t exactly grow on trees. The Cavs wouldn’t be the only team in the market for his services, and would need to pay as such. Collins makes just $4.1 million this season, and the Hawks have a weird salary cap situation where they don’t have any cap space, but they don’t really have any terrible contracts either.

Without knowing what other teams would offer, it’s difficult to come up with a realistic trade package. The Hawks likely wouldn’t want to move on from recent signings Danilo Gallinari and Bogdan Bogdanovic, who make up the bulk of their payroll. Center Clint Capela was acquired via trade last season, and has three years and $48 million remaining on his deal, so he could potentially be someone they would want to get out from under.

In terms of the players Cleveland could offer, the only untouchables would be first-round picks over the next few seasons, Garland, Sexton, Isaac Okoro, and Kevin Porter Jr. Drummond for Capela and Collins works, but while that would help out Atlanta’s financial situation, they wouldn’t be gaining any assets, and it’s not like John Collins is a nobody. He’s a legitimate All-Star caliber player, and very young as well. He’s not the kind of player that can be acquired for a simple salary dump, and that’s the problem with a trade between these two teams.

Given the Cavs complete dearth of young frontcourt talent, the team’s collective ears should certainly perk up whenever a player of Collins’ caliber becomes available. Unfortunately, the Cavaliers are built to rebuild without the help of the trade market, which makes a deal for John Collins unlikely.