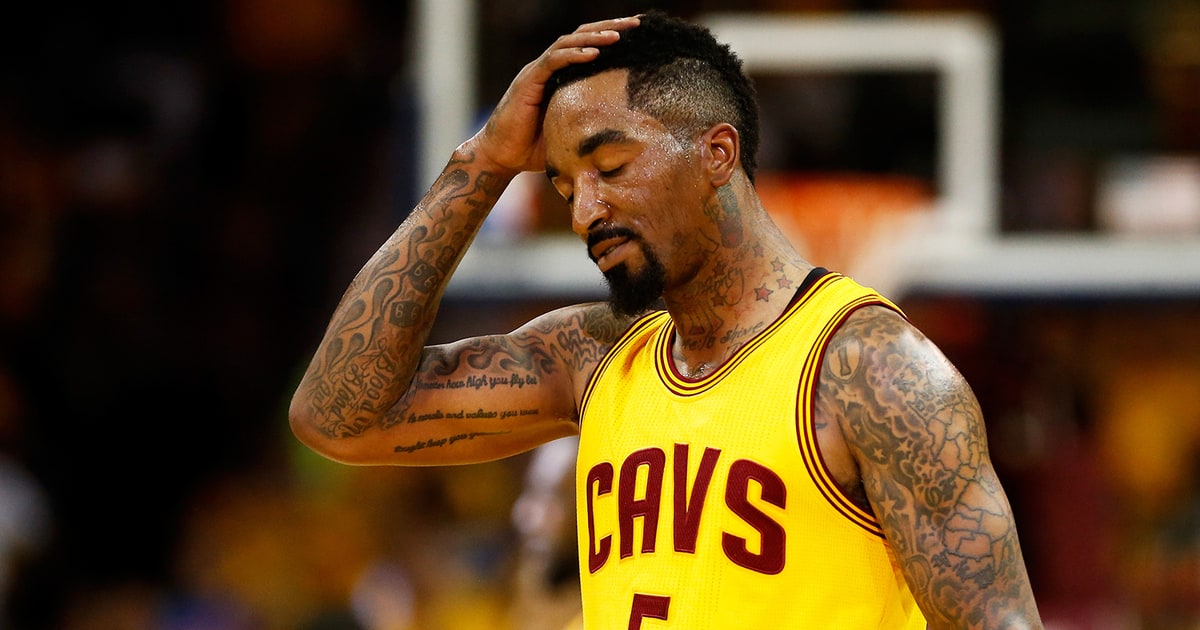 Should the Cavs reconsider starting JR Smith over Dwyane Wade?

Should the Cavs reconsider starting JR Smith over Dwyane Wade?

When the Cleveland Cavaliers named Dwyane Wade the starter at the shooting guard position, many fans likely thought the same thing. Why isn’t JR Smith starting? There are many reasons as to why Wade is starting, but the question remains the same regardless of theory. After being the cemented starting shooting guard for the Cavs, should JR Smith start for the Cavs over new incumbent Dwyane Wade. There are arguments to prove or disprove this question.

Yes, JR Smith should be starting

Consistency is key to any NBA team, and JR Smith has provided a consistent role to the offense as a spot up shooter who can knock back the three pointer. While he historically has done more than this, JR’s ability to get hot and shoot threes has been something that the Cavaliers value greatly. There are ideas that explain why he may have been moved temporarily and why he will eventually get the starting job back.

One potential and likely reason for sending JR Smith to the bench is to increase ball movement, and would be compensating the injured Isaiah Thomas’ production in passing per NBA.com. Doing so lifts some burden off of Derick Rose’s passing production per NBA.com, allowing him to play more naturally in Cleveland’s system, as he becomes the starter until Thomas is healthy.

According to NBA.com, the passing production from Wade per starting combined with Rose’s production while filling in at starting PG allows for for an increase in ball movement and passing from a player that averaged more passing and assists last season than JR Smith provided in passing, per NBA.com. This is temporarily sacrificing three point efficiency to keep movement at a high while Isaiah Thomas waits to come back from his hip injury. With so many ball handlers on the team this year, the ability to move the ball more efficiently will be a great asset to the Cavaliers. This lineup is a product of injury, which explains the imperfection with the guards lack of perimeter shooting. There is still too small of a sample size however to determine if the pairing of Rose and Wade will be as productive as the hope is for them. There may be too many wrinkles to work out long term to stick with the pairing for long and forcing JR back into the starting lineup. 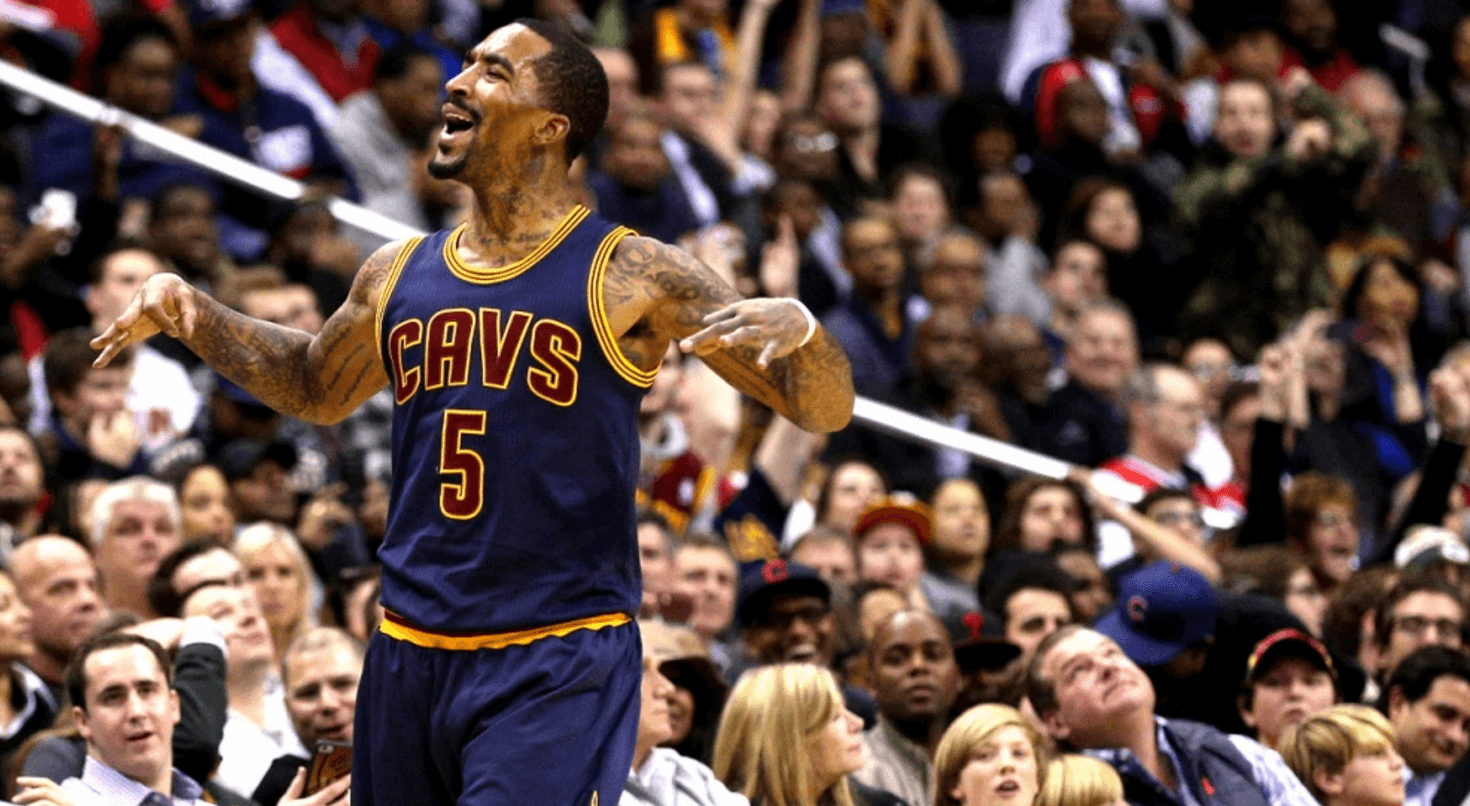 Another aspect to consider is that the roster is backwards in a way considering that many team’s three point shooting in the current NBA starts highest with their point guard, decreasing to having the center as the weakest three point shooter. The Cavs however are opposite, with their center Kevin Love being the best theee point shooter, decreasing down to the current starting guards having the worst percentage of the starters. Having an additional starting shooting threat from the perimeter would allow for increased scoring and spacing that we saw form the previous makeups of the Cavaliers.

This was admitted by JR himself when he found out he’d come off the bench, which was reported by Dave McMenamin of ESPN:

“So to revert back, and the first thing I thought about was New York, like, ‘Damn. I got to go back to being the sixth man and just scoring, scoring, scoring. Being aggressive.’ And at the same time, also, I’m looking at our lineup like, my first thought with the lineup was, ‘OK, but who is going to stretch the floor? OK, we got Jae [Crowder], who is a knock-down 3-point shooter, Kev [Kevin Love] is a knock-down 3-point shooter, but that’s two out of the five guys that’s got to be on the floor.”

Lastly, some believe Smith unjustly lost his starting spot as a requirement for Wade coming to play for the Cavaliers. While this may be seen as Wade needing to be accommodated upon his signing, he actually is aware of the situation as well as that he may not remain in his current job, according to Dave McMenamin of ESPN:

Wade told ESPN he hopes to build a bond with Smith and reasoned that his starting assignment might not be permanent throughout the season.

With these reasons, one could suspect a change of JR Smith moving to the starting lineup once Isaiah Thomas comes back, or even before that based on the matchup.

No, Dwyane Wade should start

The playmaking from Dwyane Wade is known, but people forget that JR Smith has shown the ability to do the same in his past. This move to the bench allows JR to help lead the bench in playmaking, which is something that he hasn’t had the chance to do in a few years. Inherently it also provides added scoring to the unit. Best case scenario, this move helps to re-energize said dormant playmaking so that Smith can be a more potent threat for the team, while providing the much needed bench scoring it has been looking for. JR may also be able to better execute his shot and rack up more points against bench players on other teams coming in to relive their respective starters. The concern of JR Smith coming off the bench and being on the second unit is if the entire unit takes the floor at once to relieve all the starters. While not a likely case, doing so is detrimental to the team as the only pass first player available on the bench is Jose Calderon, who’s wear and tear will likely limit any minutes he plays. This is more due to the current design with an injured Isaiah Thomas forcing Derrick Rose, who would usually be the distributor for the unit as the backup point guard, into the starting role until Thomas returns mid-season.

It can only be assumed that the second unit and its members would focus more on slowing down the pace under the current circumstances, while still allowing JR to shine some flashy moves when required to keep the game in hand and opposing defenses honest. According to Joe Vardon of Cleveland.com, JR believes he can shine with the second unit for this exact reason:

“I actually like playing on the second unit better, I’m more of a playmaker and distributor and I handle the ball a little bit more instead of just running to the corner,” Smith said, referring to the catch-and-shoot role he’s played for three seasons here.

Being on the second unit may help spark the bench scoring for the better. All things considered, he likely becomes the number one option that could potentially make games uncomfortable for opposing teams hoping to get lesser play from their opponents second units as they rest their starters.

Additionally, this may be a result of recognizing that JR is more valuable keeping the game alive when players like Lebron and Kevin are catching their breath. At least until the units mix up as thy did last season, with Lebron acting as the primary distributor for the second unit. More likely than not, it can be expected that the two will still play a good amount of time together during games

Regardless of whether he starts or comes off the bench thoughout the remaining games of the season , JR Smith will still see significant minutes for the team in either role and provide crucial shooting and playmaking to the team. One thing is known for sure though; a healthy season for JR and a revamped Cavs lineup is something all fans are surely looking forward to this season. 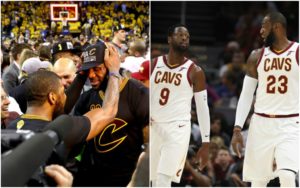 JUST IN: Can this year’s Cavs beat the 2016 Cavs in a 7 game series?
Related TopicsCavaliersDwyane WadeJR SmithStartingStarting Lineups