Should Iman Shumpert Or J.R. Smith Start For The Cavs? 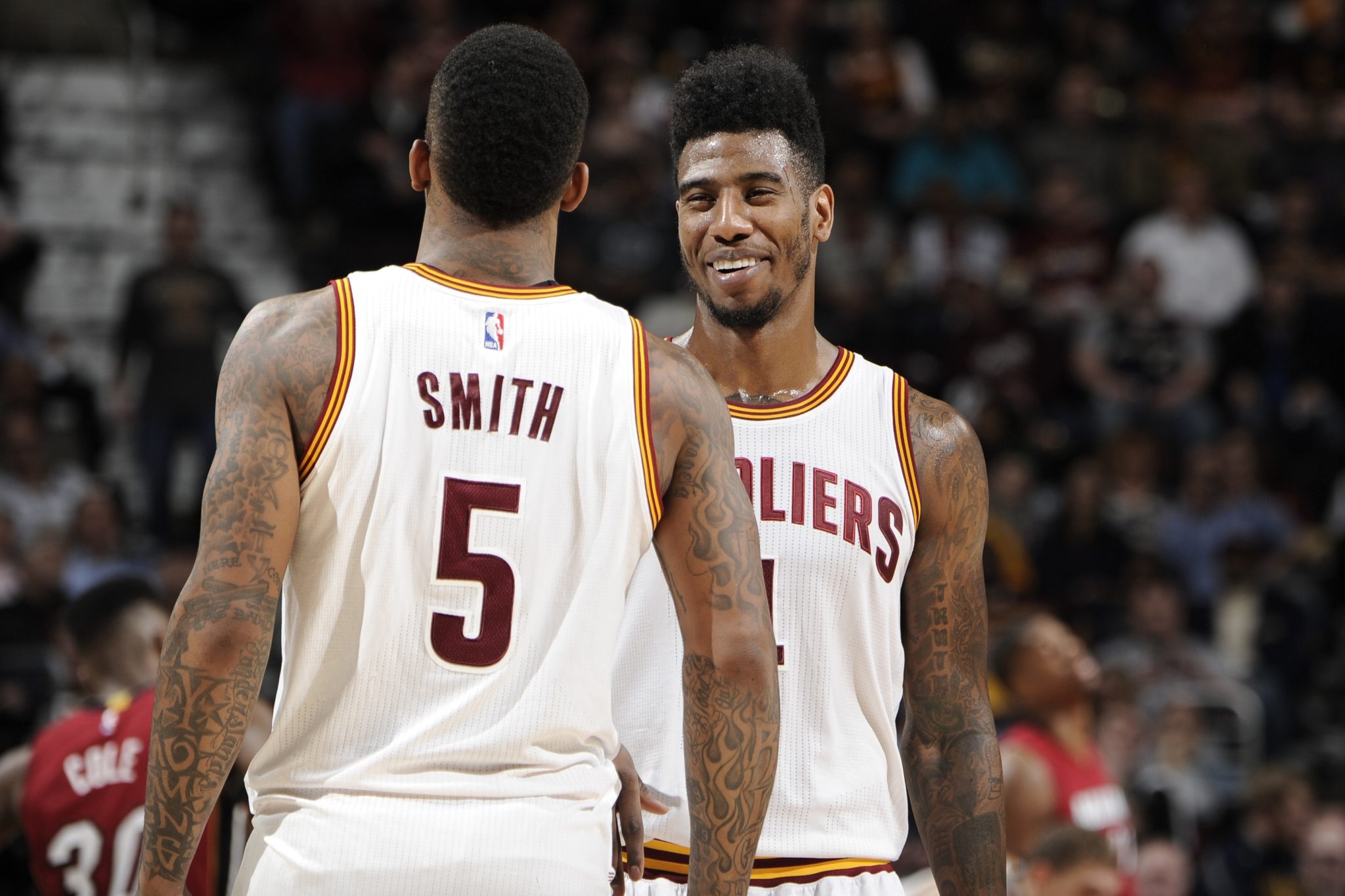 As we are closing in on the one-year anniversary of the trade that brought Iman Shumpert and J.R. Smith from the New York Knicks to the Cleveland Cavaliers, there is a topic of debate amongst many fans and is surely being discussed by the coaches.

Who is the better fit in the starting lineup alongside LeBron James, Kevin Love, Kyrie Irving, and Timofey Mozgov? When the Cavs made the trade to acquire both of these guards in early January, the belief was Shumpert, who was recovering from a dislocated shoulder, would be the starting shooting guard once healthy. However, once Smith was plugged into the starting role for the struggling Cavs, the team seemed to have found an identity as a fast-paced and high scoring team. Once Shumpert returned, coach David Blatt decided to keep what was working and ease him back into the lineup.

The Cavaliers were playing so well and everybody seemed to have found their niche within the team that they never had to consider this question. However, during the first round of the playoffs against the Boston Celtics, Smith threw a backhand blow to the head of forward Jae Crowder which landed him a two-game suspension for the next series against the Chicago Bulls. Coach Blatt gave Shumpert the starting job which he would hold onto for the remainder of the playoffs.

The expectations entering this season was Iman Shumpert would remain in the starting lineup, however, he suffered an injury to his wrist that required surgery, forcing him to miss the team’s first 21 games. Now, with the whole team healthy, should the Cavs switch back to the starting unit they used in the Eastern Conference Semifinals, featuring Shumpert at the two-guard spot, or should they stick with the roster, which has J.R. Smith as the starting shooting guard, that has helped them get to the top of the Eastern Conference and the third best record in the league?

The simple answer to that is to stick with what has been working and keep Smith in the starting unit. Although, I believe the starting job should be turned over to Shumpert eventually. The flat-topped defender is the prototypical three-and-D player. He thrives on the defensive end with his quick hands, agile feet, and physical play. He is also a threat from behind the three-point line that teams need to check. 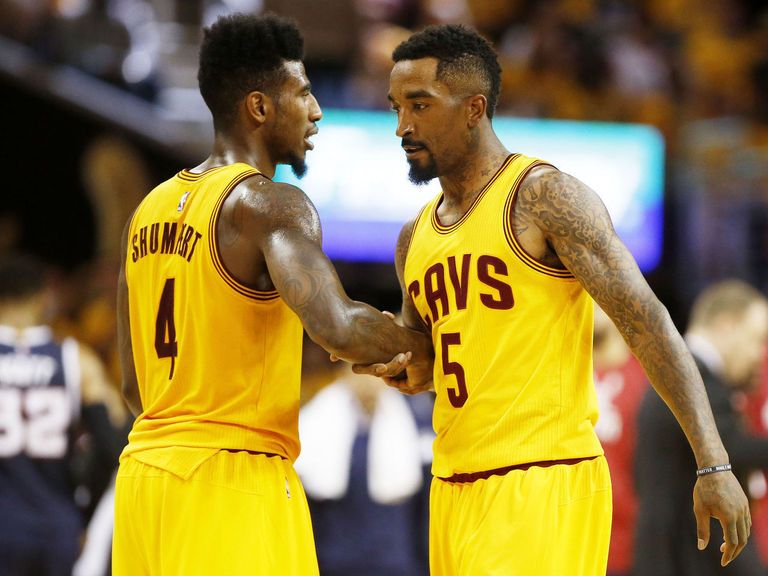 Last year when Shumpert was on the court, their opponent’s offensive rating was 101.2. When he was off the court that number increased to 108. That is a difference of 6.8 points, which was the highest on the team. The difference for Smith was 2.4 points. These individual statistics are the most telling, since Shumpert has never started with the other four players.

While Kyrie Irving is still shaking off some rust, it is probably best for J.R. Smith to stay in the starting lineup so the Cavs have another playmaker and shooter who can create for himself. However, towards the end of the season, Shumpert should start games as he is a better compliment not only to Irving but the others as well.

Smith has been very solid on the defensive end this season, but he will never be mistaken for a guy who is 100% focused on the defensive end. Smith has made himself big money throughout his career as a quick scorer off the bench, and his stats prove that he is a more efficient scorer off the bench. Even though he shot 39% on threes last year with the Cavs, and is currently 36% this year in 24 games played.

His best shooting numbers came in the 2007-2008 season with the Denver Nuggets, when he shot 40% on threes and 46% overall while averaging 12 points, all coming off the bench. The year after, he started in 18 games and shot just below 40% on threes while averaging 15 points. Finally, in his second season with the Knicks, he came off the bench for all 81 games he played. He averaged 18 points while shooting almost 36% on threes and 42% overall on nearly 16 shots a game. He was named the NBA’s Sixth Man of The Year.

To sum it up, Smith has only shot over 43% from the field overall in four out of his 11 seasons in the league. Over those four seasons, he played a total of 297 games and only started in 48 of those games. These only prove that he is best served as being one of the focal points on offense off the bench, where he can come in and give the Cavs instant offense when they are struggling.

While Iman Shumpert is nowhere near the offensive talent that J.R. Smith is, he adds a defensive presence the Cavs lack in the starting lineup. Shumpert shot a career high 40% on threes in his second season with the Knicks when he played and started in all 45 games. Shumpert has never averaged over 10 points for a season and is a career 7.7 points scorer. On the contrary, Smith has only one season averaging under 10 points, and has a career scoring average of 13.2 points per game.

While Smith is starting with Love, James, and Irving, those infamous possessions where he dribbles the ball for 10 seconds and shoots a contested fade away jumper are not the best possessions when you already have those three stars on the court. Those jumpers become less painful to watch when Smith is the only one to create his own shot with the second unit. On the other hand, Shumpert can start a game and set the defensive tone early to avoid a slow start that has often occurred with the Cavs this season.

At the end of the day, this is a good problem to have for the Cavs because one way or the other, they will have a talented player coming off the bench that is a starter material for other teams. 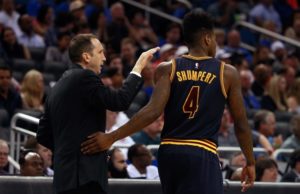