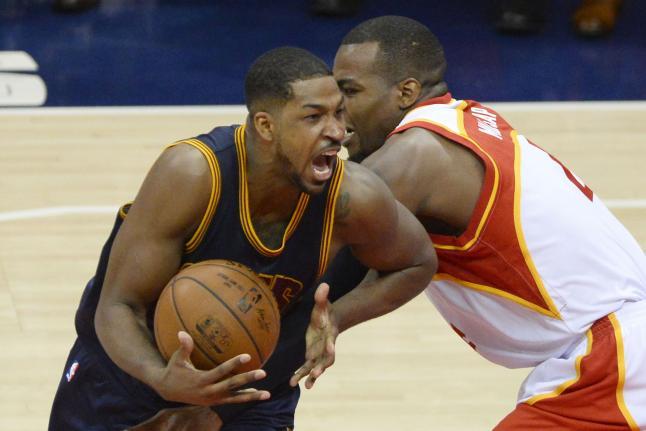 It has been a fairly quiet offseason since all the big name free agents reached contract agreements during the first two weeks of July, but there are plenty more free agents left, and a couple of which that are heavily important to the Cleveland Cavaliers. Of these players left, one that the Cavaliers would love to maintain is power forward, Tristan Thompson. It was reported earlier in the offseason that the Cavaliers and Thompson had agreed on a five-year deal worth 80 million dollars. As days passed, it turned out that the Cavaliers and Thompson had not reached an agreement. This left many people inside the NBA and fans alike wondering the question, when will a deal be completed? Also, something worth noting, just prior to the start of the 2014-2015 season, Thompson declined a four-year, 50 million dollar extension.

What is convenient for the Cavaliers, they do have time. Thompson is a restricted free agent, meaning that the Cavaliers can match any offer that teams around the NBA may offer him. While they may have time working to their advantage now, this could also prove to be detrimental to their success next season. Their best option is to get a deal done as soon as possible.

As I mentioned previously, not working out a deal with Thompson now could prove to be costly to their success next year. Why would one think this? As an NBA team, you never want distractions of any kind. These distractions can range from something as big as a player in the locker room who constantly gets in trouble off the court to, for example, something as small as a new contract deal. The Cavaliers need to focus all of their attention on winning the championship this year after coming up short last season and they do not need anything that can possibly detract them from that.

Additionally, it would not be the best move for them to wait until next summer to re-sign him. On top of the burden of having to worry during the season about getting a deal done, Thompson becomes an unrestricted free agent next summer. What that means is that there is no option for the Cavaliers to match potential suitors offers and Thompson is free to sign wherever he would like. If there is a team that could offer more money, then that may be a more enticing option for Thompson. Furthermore, it may even especially be more enticing for him to take more money elsewhere if the Cavaliers failed to win the championship next year.

When it comes down to it, one would think that both sides would like to get a deal done as soon as possible. Neither side wants it to drag on. Thompson is an outstanding player that stepped up big time during the playoffs last season and he rightfully deserves a rich contract. Moreover, something that is an advantage for the Cavaliers, LeBron James and Thompson share the same agent. James has also been very open about the Cavaliers attempt to re-sign Thompson as he had this to say about him, “He should be a Cleveland Cavalier his whole career.” Not a bad thing to have the support from “King James” when trying to get a new contract deal worked out.