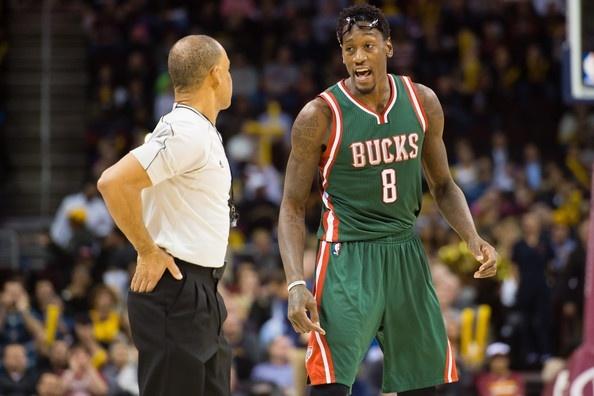 The last calendar year has been a rough one for the then-Bucks Center Larry Sanders. He’s suffered a torn right ligament in his thumb after a fight in a nightclub, a fractured right orbital bone (eye socket) that but his 2013-14 season short, a five-game suspension for using marijuana at the end of that season, and then another 10-game ban for doing it again this season.

After not playing in any of Milwaukee’s last 18 games due to personal reasons, Sanders and the organization agreed on a buyout that would have him receiving around $13 of the remaining $33 left from his contract. Once completed, Sanders would be a free agent able to sign anywhere he wants. And because he would become a free agent before March 1, he’d be able to sign with any team and be eligible to play in the playoffs as well.

Sanders doesn’t seem to be into basketball as he’s dealign with personal issues, but when he’s ready, he would make an outstanding addition for the Cavaliers.

Although his per-36 minutes numbers show dominance on the floor, Sanders ends his season with Milwaukee playing a measly 21.7 minutes per game with averages of 7.3 points, 6.1 rebounds, 1.1 steals, and 1.4 blocks per game while shooting 50% from the field.