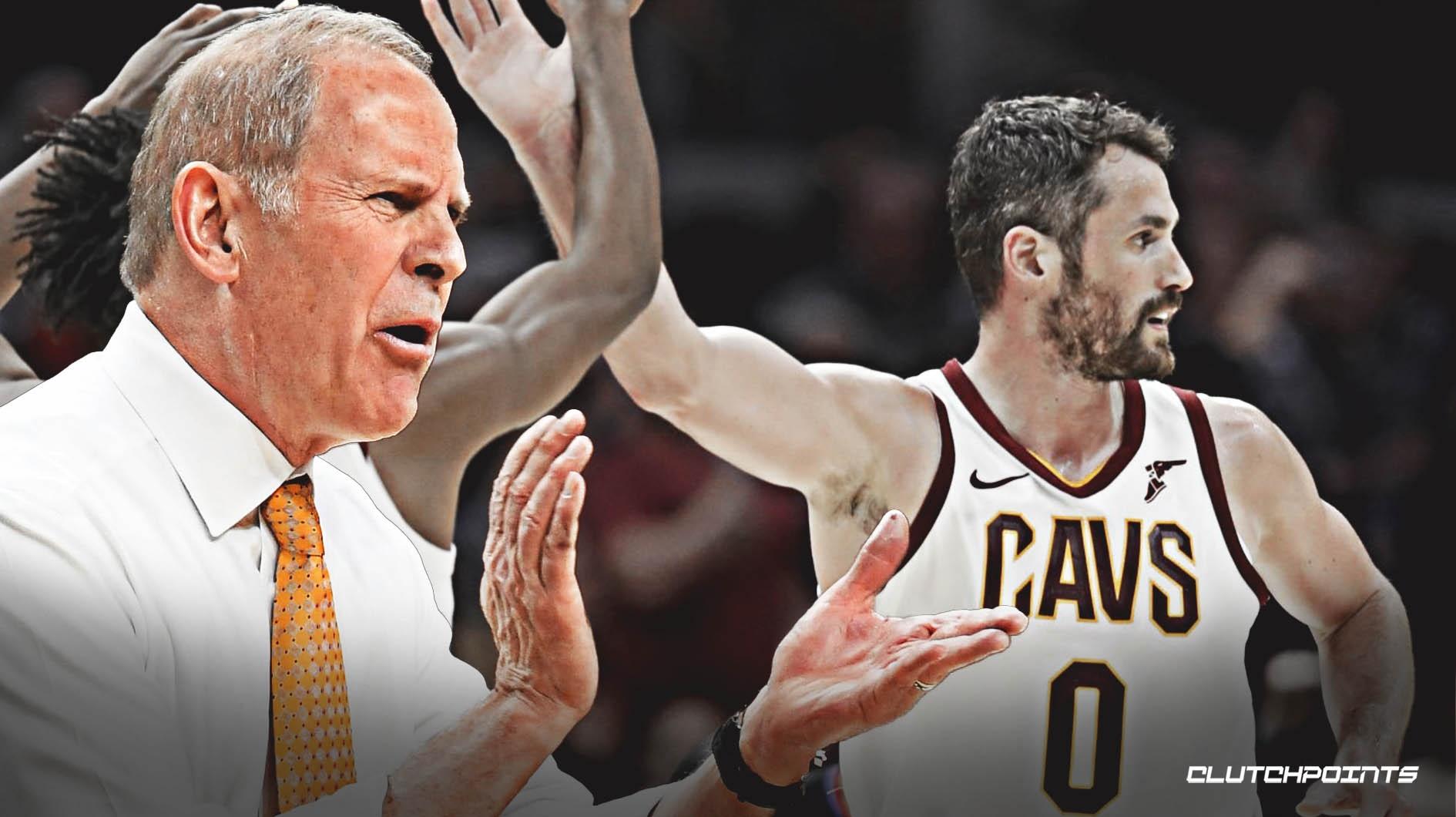 After a 123-109 victory over the Golden State Warriors, the Toronto Raptors now have a 2-1 lead in the NBA Finals. Cavs fans have no doubt been enjoying the series so far, but should they be hoping that the Warriors lose? The question seems absurd, but it is a legitimate one. What impact would a Golden State loss in 2019 have on Cleveland’s win in 2016?

There’s nothing that should prevent Cavs fans from rooting for Toronto in a vacuum. The two teams play in different divisions, and while the Raptors and Cavaliers matched up the playoffs from 2016 through 2018, Cleveland swept Toronto twice, and won 4-2 in the first series.

While the Raptors theoretically should have been a top rival for the Cavs, they didn’t put up enough of a fight to be considered one. The “LeBronto” nickname was created for good reason; Toronto just couldn’t figure out LeBron James no matter what they tried to do. Once James moved to the Western Conference, the Raptors saw their chance, and ended up completely changing their team, bringing in Kawhi Leonard, Danny Green, and Marc Gasol among others.

Golden State is now getting an understanding of what that felt like, as without Kevin Durant and Klay Thompson, Steph Curry put up 47 points in Game 3, yet his team still lost by 14. Cleveland was able to take two games behind James, so it’s entirely possible that with one of Love or Irving available, the Cavs would have won that series. It’s a legitimate excuse, but it doesn’t change history.

The 2015-2016 team was healthy, and made history by becoming the first team to come back from a 3-1 deficit to win the series. Many Warriors fans still complain about Draymond Green missing Game 5 as reason that the Cavs were able to come back, but that doesn’t explain the next two games.

In 2016-2017, Cleveland was once again healthy, but the Warriors’ addition of Kevin Durant was too much to overcome. 2017-2018 was more of the same, except the Cavs didn’t have Kyrie Irving. Durant is at worst a top-three player today, and having him on the floor makes Golden State pretty much unstoppable. The Cavs won only one game in 2016-2017, and were swept the following year. Not even the Eastern Conference All-Star team would be able to defend Durant, Curry, and Thompson effectively.

But Durant hasn’t been on the floor since Game 5 of the Western Conference Semifinals against the Houston Rockets. The Portland Trailblazers were unable to take advantage of Durant’s absence, but the Raptors are a different story. It’s still unknown whether or not Durant will even be able to return for this series, and because of this, Golden State should be very nervous.

Even with Curry playing at a high level, their bench is depleted and has not played well. DeMarcus Cousins looks incredibly rusty after missing a good chunk of the playoffs. Toronto had a disastrous second quarter, and still ended up winning handily.

Without Durant and Thompson, the sinking feeling that no lead is safe is missing. Curry is certainly capable of destroying a lead, but is anyone else on the team? Is Andre Igoudala going to play like he’s winning another Finals MVP? The Warriors stole home-court advantage and then gave it right back, and Oracle Arena wasn’t exactly rocking last night.

But enough about the series as it stands. How does this affect the Cavs? If the Raptors are able to win the Finals against a depleted Warriors team, a few things happen. The Cavaliers would no longer be the only team to defeat one of, if not the most dominant dynasty in NBA history.

It also raises the question of whether the Warriors are truly an elite team, or if their recent success is because of Durant. The worse Golden State looks, the “worse” the Cavaliers’ 2016 victory looks. Perhaps that’s not the correct choice of words, but currently, Cleveland’s comeback is a story of mythical proportions, matched by only a few feats in NBA history. A Warriors loss this year would take away from that.

However, suppose Golden State was able to win the series without Durant. Now Cleveland’s victory looks even better. If the Warriors could beat this Raptors team (which is better than any Cavs Finals team, sans James) without Durant, that would be extremely impressive. And the Cavaliers were able to beat more or less the same team, with no significant injuries, and what’s more, came back from 3-1 to do it? Absolutely sensational.

Will the result of these NBA Finals really change the legacy of the 2016 series for Cavs fans? No, of course not. But it could have a very big impact on how the national fanbase and media views Cleveland’s comeback. The question that each Cavalier fan must answer is “do I really care?” If you do, that’s fine. If you don’t, that’s fine too.

There are pros and cons to either team winning, namely that Cleveland’s all-time rival would be unable to complete a three-peat if the Raptors were to finish this thing out.

For now, it’s best to just appreciate some really great basketball being played, and hope that the Cavs are able to make it back to this stage sometime soon.