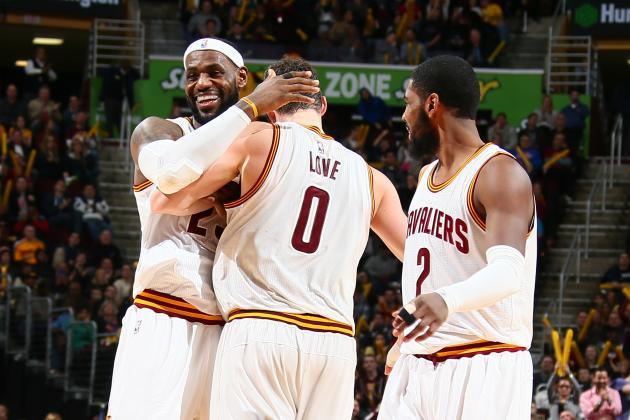 The year 2015 is almost out and 2016 is just around the corner which means it is almost time for USA Basketball to once again lead the showcase of world class talent at the Olympics Games. This time, the men’s star-studded team can possibly feature the core unit of the Cleveland Cavaliers if LeBron James, Kyrie Irving, and Kevin Love all suit up.

USA Basketball Chairman Jerry Colangelo has made next week’s minicamp in Las Vegas mandatory for all qualified players that intend to compete. Reports indicate that James will be in attendance, but will leave early due to his annual Family Reunion by the LeBron James Family Foundation.

LeBron James is set to move one year ahead in his 30’s this year and the Cavaliers’ two other stars in Kyrie Irving and Kevin Love are both coming off season ending injuries, thus, it would seem evident sitting out next year’s Olympics will be in both the team’s and the players’ best interests. The biggest and most important reason being “health.”

Kyrie Irving is coming off a great year in the international basketball scene being honored as USA Basketball’s Male Athlete of the Year after leading the men’s team to a gold medal finish in the 2014 FIBA World Cup. His quality play continued up to the 2014-2015 regular season, but came to an abrupt end in the first game of the NBA Finals when he fractured his knee cap. Irving is currently rehabbing his knee and although the summer games are not until next year, the Cavalier point guard should elect to sit this one out considering his checkered medical history.

The ugly season-ending injury that Indiana Pacers forward Paul George sustained during last year’s USA Basketball scrimmage influenced marquee players to activate their caution button. But keeping off those commitments is not an assurance of good health as Kevin Durant, who elected to withdraw his name, still suffered a foot injury that kept him out of action for most of the year. Kevin Love also opted to pass on Team USA while he entered a contract year. Irving should use next year’s off season to polish his game and rest instead of competing at such a high level in the summer especially with the Cavaliers now poised to play intense basketball until May and June.

Click “Next” to see the impact Kevin Love will have if he suits up for Team USA!

Kevin Love, at 26 years of age, is now entering his prime and it is obvious that representing USA Basketball is a very attractive option for himself. However, health should be his number one concern as he is right in the middle of recuperating his surgically repaired shoulder. Like Irving, the talented power forward is no stranger to injuries, from a broken hand in Minnesota to back problems in his first year in Cleveland.

After signing a max deal with the Cavaliers this offseason, Love has expressed his commitment to complete an “unfinished business” and he should do everything in his power to ensure that he is most healthy come playoff time.

Click “Next” to see the impact LeBron James will have if he suits up for Team USA!

LeBron James is not only an NBA Champion but he is also a two-time Olympic gold medalist being an integral part of the 2008 and 2012 teams. Additionally, he has appeared in five straight NBA Finals and he will be 31 years old when the summer competition kicks off next year. To say that he has had a lot of basketball mileage would be an understatement.

The Cavaliers’ finish next season will weigh heavy on his decision to suit up for Team USA again but his age and basketball output should play a vital role as well. James has been fortunate when it comes to injuries, but his age may start to creep up on his performance and stamina. 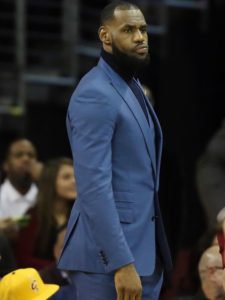 Early last season, the future Hall of Famer had to pump the breaks for two weeks as his body clearly needed a rest. The break rejuvenated him and he came back to playing typical LeBron James basketball. During the season, rest is difficult to come by for LeBron so it is imperative for him to take advantage of the summer break. He’s still human by all accounts.

Being a part of USA Basketball is clearly an honor and privilege, but we should all be hopeful that the Cavalier trio of stars skip out the 2016 Olympics as earning the gold for Cleveland should be priority number one.