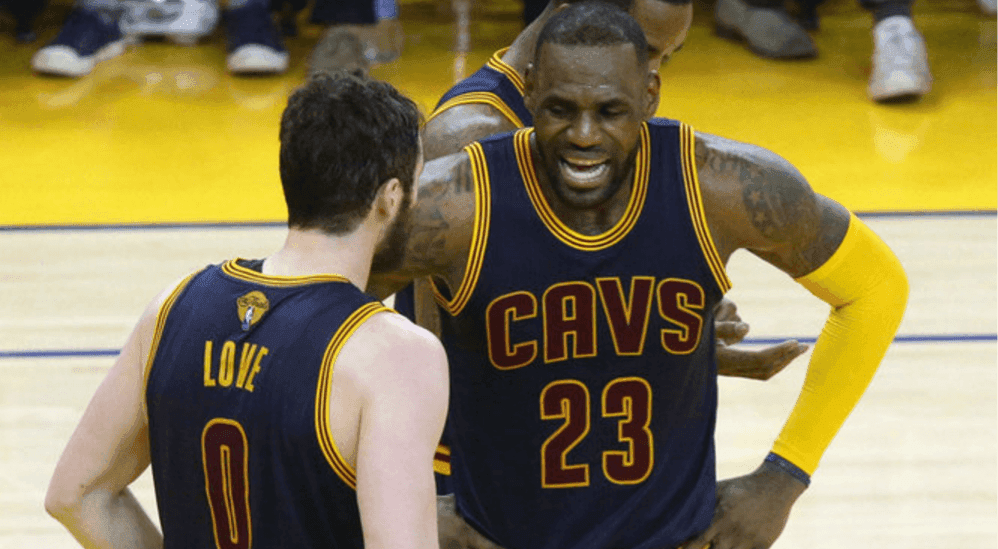 The Cleveland Cavaliers did everything as best they could according to their gameplan. Be physical with Stephen Curry and Klay Thompson; Check. Attack the basket; Check. Lock down the three-point line; Check. Don’t let Curry or Thompson beat you with the three and ignite the crowd; Check.

Curry and Thompson had just 20 points on 8-27 from the field, including 4-13 from downtown. Golden State had just nine three-pointers in Game 1 when Klay Thompson had 11 of them by himself a few games ago. And yet, the Cavs still lost by a surprising margin of 15 points. It wasn’t the defense that necessarily lost them the game, however. Sure they had defensive breakdowns throughout while Shaun Livingston and Leandro Barbosa combined to shoot 13-15 from the field, but those two got to their spots on the floor and the Cavs held the Warriors to 104 points.

The Cavs lost this game on the offensive end by scoring just 89 points in a postseason that has seen them average 106.9 points per game in 15 contests. Not only did they not shoot well from downtown (7-21, 33.3%), but they also had 42 points in the paint. Now, 42 points is a respectable number, but when you consider the fact they shot just 18-42 around the basket and made just 17-35 LAYUPS, the number looks a lot less impressive. These shot charts below courtesy of NBA.com/Stats, show it all. 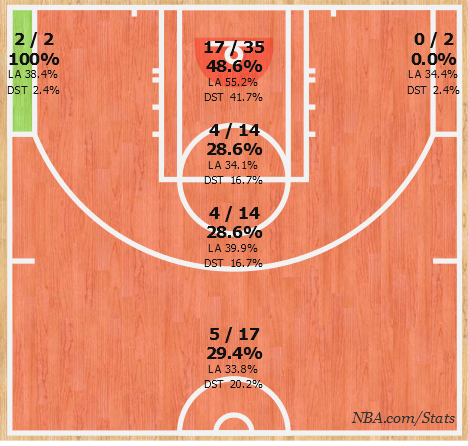 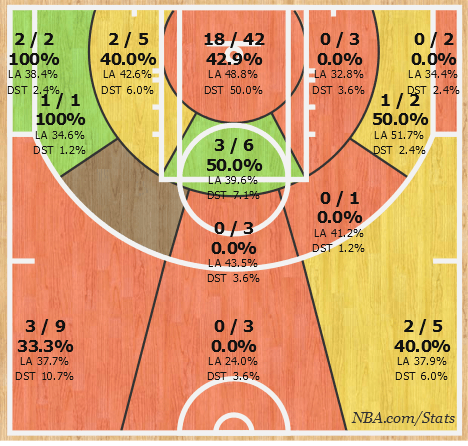 Cleveland also had 15 turnovers compared to nine for Golden State, and the Warriors ended up getting 25 points off of the 15 Cavalier turnovers while they only got 12 points off turnovers.

One aspect we haven’t even gotten to yet is the ball movement, which we’ll get to before Game 2. Stay tuned.