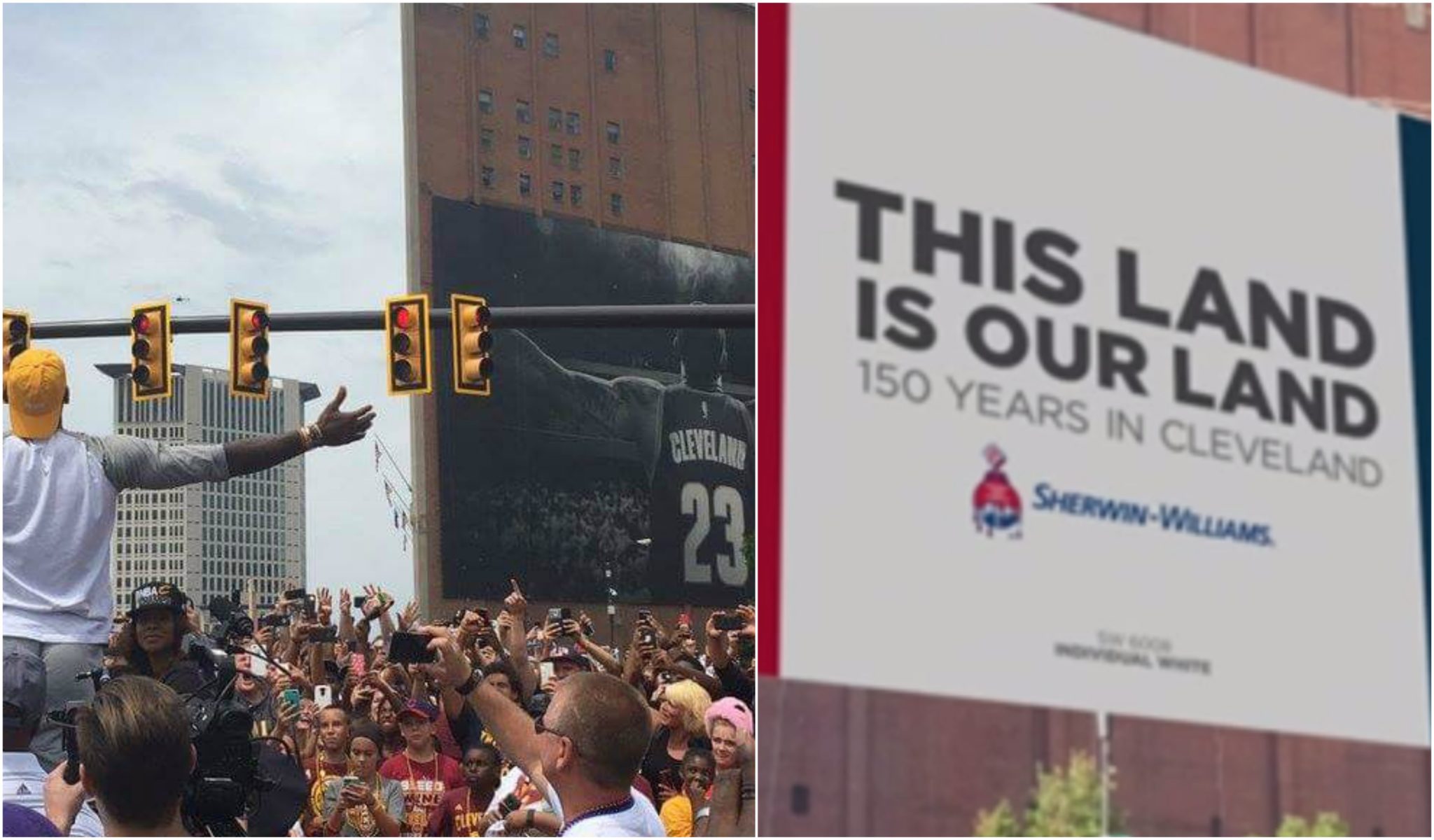 Cleveland is the city, for once. Making history and sustaining parades well beyond its capacity, Cleveland is getting whatever it wants, like LeBron James.

James silenced any remaining hecklers with an overpowering Finals performance. Emblematic of the King’s dominance is downtown’s 10-story banner raised across from the Q. I remember walking out of the Game Seven watch party and witnessing this glowing vandalism:

Of course, as the Northeast Ohio spirit goes, “Nothing is given, everything is earned,” and our next challenge wasn’t too far away. With the city’s focus shifting from the Calder Cup to the Larry O’Brien trophy and now completely on the Republican National Convention, there’s been a lot of ways to celebrate a city that wants it all now. Unfortunately, the banner came in the crosshairs of city planning and public passions.

Last month, Sherwin Williams partnered with the RNC to advertise this banner in temporary replacement of Cleveland’s crowd favorite:

King-sized controversy: Should the #LeBronJames banner stay up? https://t.co/UrfVXI9FUr

With pressure from all parts of Northeast Ohio, perhaps a few kind words from certain RNC figures and the newly found confidence of every Cleveland Champion, Sherwin Williams had a change of heart. On Tuesday, the company decided not to dismantle the beloved banner.

Just days before the verdict, a local from Macedonia started a petition to grab Sherwin Williams’ attention. Kathy Springer partnered with Cavs Nation to promote this petition, which was signed by tens of thousands of Ohioans. Springer spoke on Tuesday about the cause started via change.org.

Cleveland has risen up once again and the Lebron James banner is safe! Thank you so much to the 23,380 people that have signed, shared and tweeted the Leave It Up! petition. We did it! Sherwin-Williams will no longer be removing the Lebron James banner for the upcoming RNC and it looks like it will be staying up for the foreseeable future. Thank you Sherwin-Williams for changing your mind and the huge donation you are making to the Lebron James Family Foundation. Special thanks to the local and national news outlets as well as Cavs Nation for helping promote the petition. Also, I would like to extend a thank you to Donald Trump. I sent him a tweet late last week asking for his help and he contacted local Cleveland RNC officials urging them to do what they could to keep the banner up. I have the utmost gratitude for Cleveland and Cavalier fans. This banner is more than just a picture of Lebron. This banner is Cleveland. – Kathy Springer

Springer was contacted by news channels both local and nationally, her story can be found anywhere from News Channel 19 to MSNBC. Thanks and congratulations to Kathy and all Cavs fans who signed! 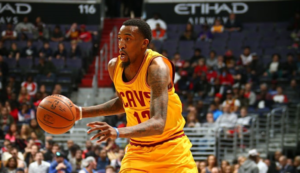