Shaq’s Take On MJ VS LBJ Has A Dr. J Twist 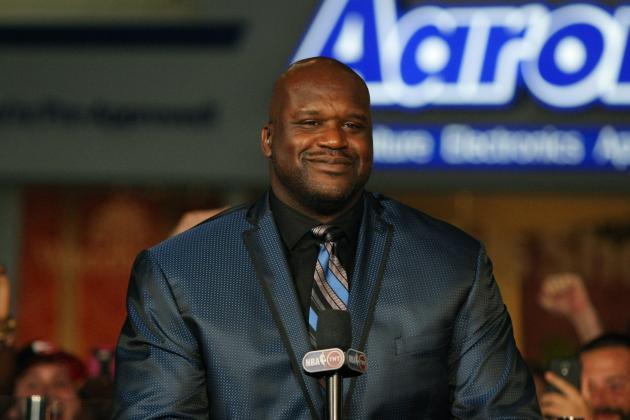 From his playing days to his current TV anchor career, Shaquille O’Neal has been a factory of sound bites. He’s never held back on his thoughts and we are all witnesses to his famous word wars involving famous NBA personalities over the years.

O’Neal recently got into a Twitter exchange with fellow NBA legend Scottie Pippen and knowing the confident giant that he is, he has probably declared himself victorious. The former Most Valuable Player has now launched himself a notch higher in terms of the personalities involved when he shared his opinion on the subtle exchange between LeBron James and Michael Jordan as to who beats who in a hypothetical showdown.

Obviously, both James and Jordan picked themselves as the winner so O’Neal took the liberty of breaking the tie in his recent visit to Hong Kong:

“Mike. I think you have to go with a young Jordan every time.”

“It would be an interesting game. Young LeBron was more like Magic Johnson. He was sort of like Magic with Jordan’s abilities. He liked to pass, and he liked to get it up.”

“But Mike was Mike. He was just special, like no one else. He always did things no one else could do, and things you couldn’t compare to anyone else. So he was special, and he’d win.”

This is Shaquille O’Neal we’re talking about and in true “Shaq-fashion”, he added a kicker. According to O’Neal, those two players are actually below the level of one Julius Erving. Yes, the Philadelphia 76ers legend and one of the pioneers of flight in the NBA.

“I’ve seen young Mike and young LeBron and I must say Dr. J is still my favourite player. A lot of people today don’t even mention his name but to me I still think he was the best. But these are questions that we’ll never know the answer to.”

Michael Jordan is Michael Jordan so we’ll leave that parked on the side. Meanwhile, Julius Erving is an all-time great, no doubt about it, but looking closely at the physical attributes and skills of both him and LeBron James, it is very hard to imagine how he’s going to beat the two-time champion and four-time MVP. Erving might have some tricks up his sleeve but James already has the benefit of playing against extremely crafty players in their own right.

Not to take away anything from Erving though because he paved the way for the likes of James and Jordan. Without him, it’s possible that there would have been no Michael Jordan or LeBron James right now.

One thing Shaquille O’Neal got spot-on was the fact that all these talks are only questions that will never get a definite answer.