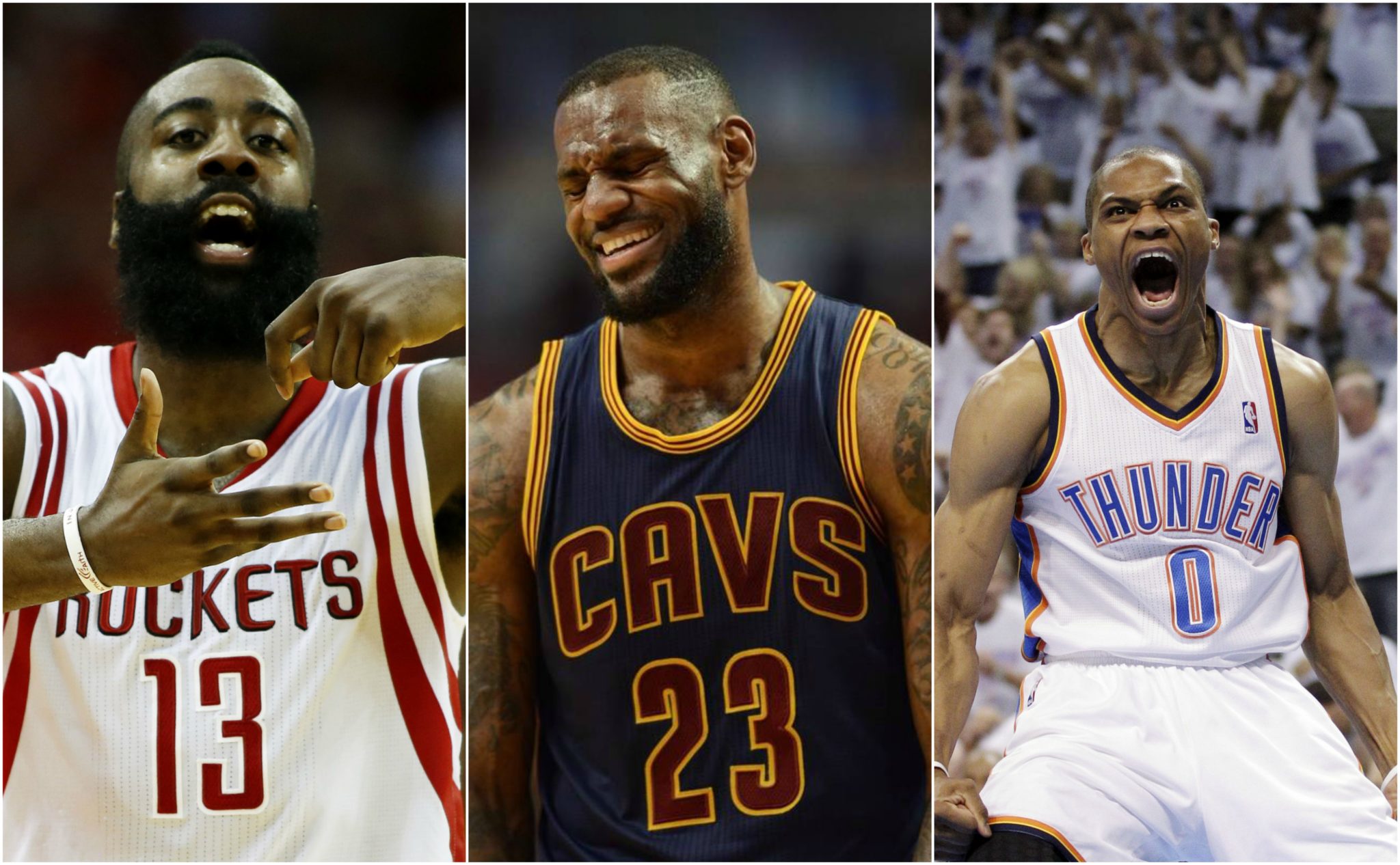 LeBron James has become the NBA’s most decorated and successful athlete of his generation. James, who turned 32 this past December has been the best player in basketball for over a decade now. His sustained excellence at the top of the NBA mountain and his continued dominance over his peer has now trapped us in expecting and taking his greatness for granted each passing season.

James has ascended into a place within the NBA where very few players reach, and due to this, he is never measured against his fellow ball players, but against himself and his own achievements.

Yet again this campaign, James is dominating the league. He could realistically win the MVP every season, and is perhaps the most valuable player that has ever graced the NBA. But even despite this, some NBA personalities and fans ignore him in their MVP consideration, which is proving to be borderline criminal.

We have yet again found ourselves under appreciating the King, and here are seven reasons why we shouldn’t be, especially this season.

The Cavs may be world champions, but even this season, they look a shadow of themselves when James doesn’t suit up and take to the floor. After their recent blowout defeat to the Miami Heat on the road, the Cavs have now fallen to 0-5 without James, and remain winless without his presence this campaign. The Cavs are an underwhelming 4-20 without James since he returned home, which highlights his immense value. When James is added, the Wine and Gold are arguably the best team in the association, but when he’s not playing, they really struggle. For someone getting little to no consideration at the moment for the MVP award, no one in the league has the same impact and value James does season after season. That’s true value and importance, and we find ourselves under appreciating him yet again in this department.

2. Efficiency is his synonym

James has always taken pride on the efficient side of basketball, and this season has seen him continue to play some of the most efficient and effective basketball we’ve seen from a superstar in recent memory. James is shooting an incredible 54% from the field, which well and truly eclipsing other MVP candidates. Russell Westbrook is shooting just 41% from the field and other favorite James Harden is connecting on just 43% of his shots. James is an entire 11% more than Harden from the field which is a wide margin to say the least. What’s even more impressive with James’ efficiency this season is the amount of shots he takes. Often, James will not even attempt a shot in various quarters when he assumes the point guard position for the Cavs. As of right now, James is only averaging 17 shots a game, in comparison to Westbrook’s 24 per contest and Harden’s 18.5. James’ superior efficiency puts him in rare company in the all-time NBA ranks for players who take multiple jump shots and shoot over 50% from the field.

3. He fixed the one whole in his game

The kid from Akron has always been under the microscope for his outside shot, but as his career has progressed, James has worked hard to make it a formidable weapon he can go to when needed. A perfect example of this was last year’s NBA finals, where James was red hot from beyond the arc as the Cavs rallied back from 3-1 to lift the NBA championship. It’s a scary thought that the best player in the world could in fact be getting better, but James is on track to finish this season with a career year shooting the three. His career high from downtown was 40% in 2012 with the Miami Heat, and James is on track to surpass that mark this year, as he draining 39% of his shots from deep with the last stretch of the year still to come. Shooting 40% from the three-point line puts you an elite category within the NBA, as all great shooters aim for that mark before the season begins. It’s easier said than done, but James has put in the work this offseason and it’s paying dividends. How does he compare to other superstars this season when shooting the three? Westbrook is shooting it at just 33%, Harden is at 35% and Kawhi Leonard at 37%. Again, James’ efficiency is outstanding and his shooting from the outside has been superb when evaluating his season.

James recently took sole position of the NBA record for the most consecutive seasons averaging at least 25 points per game. He briefly shared this honor with Karl Malone, but now is set to add to his streak this season. He is currently averaging 26 a game, and if he continues this scoring pace, he will add to the ongoing NBA record which currently stands at 12 consecutive seasons after last campaign. Due to James being such a gifted passer and making his teammates better, we forget he is still an elite scorer within the league. If he wanted to, James could average much more than he does on a nightly basis, but he chooses to be more of a team player and facilitator, which enables him to be such an easy player to play with. James’ scoring has definitely become underrated recently, and every night he shows exactly why that’s the case, scoring in multiple ways and getting his whenever he feels his team needs it. He is also only the third player in NBA history to have a season with 25 points per game, 40% three-point shooting and over 50% shooting. With this, James has proven to the most consistent scorer in NBA history.

5. Another season, another year the East is no match for LeBron James

No one has dominated a conference quite like James has done throughout his career, and it is continuing this season. His Cavaliers sit atop the eastern conference standings, and the story remains the same – if you want to get to the NBA finals, you have to go through James. No one has been able to do so in the past six seasons, and that trend is likely to extend as the Cavs are getting better as the season progresses. James continues to dominate the opposition, and free agents second guess coming to the east, because they know it’s unlikely they’ll dethrone the king. The Cavs are three games ahead of Boston, and are on track to register 60 wins this season. It’s likely they’ll finish the season as the east’s top dog again, and James is still their best player. His dominance throughout a conference remains unmatched by his peers.

6. Another season, another year when James is on track to be the greatest passing forward of all=time

As mentioned earlier, James’ ability to facilitate and keep his teammates involved is unlike anyone we have in the game at the moment. Before this season, James had four games in his career with 15+ assists. This season alone, he already has five. His assist numbers have gone way up, and he is currently averaging 8.9 dimes a night – a career high for him. This 8.9 helpers per contest isn’t just significant for James, but also important for NBA history. If James keeps finding his teammates for the rest of the season at this clip, he will break the all-time record for assists averaged by a front court player in NBA history. He already shares this honor with Wilt Chamberlin who averaged 8.6 assists in 1967-68. James equaled the 8.6 assists in the 2009-10 season, and the next closest are Larry Bird with 7.6 dimes in 1986-87, and Chamberlin again with 7.8 in the 1966-67 season. If James continues his shade under nine assists per contest this year, he will own a piece of NBA history outright, a truly extraordinary feat for a player 32 years old.

Every other night, James is climbing up the NBA’s all-time ladders. We have become accustomed to it, but these regular achievements are actually rare when looking at players throughout the history of the league. Currently, James is ranked 8th in scoring, 13th in assists and 20th in steals in NBA history. Every other night he’s passing someone on these lists, and these feats shouldn’t go unnoticed. James is on pace to become the first player in NBA history with at least 30k points, 10k rebounds and 10k assists, an extraordinary projection. Throw in the fact he continues to collect player of the week and player of the months awards, both in which he has the all-time records already, James sustained excellence has become an expected thing. Instead of anticipating this, we should be appreciating this greatness every passing season.

The scariest part of all is even at age 32, James is showing absolutely no signs of slowing down. We are witnessing one of the truly special careers in the NBA, and even despite a once in a generation player displaying his talents on a nightly basis, he is someone still underappreciated.

Year by year, season by season, we continue to underappreciate James. He has set the bar so high for others, and even himself at times that is greatness is definitely now taken for granted. Only when his career is done will we look back and understand the true magnitude of what he achieved and did for the game. 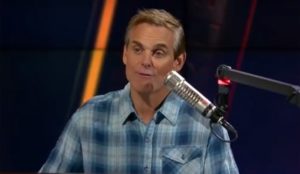