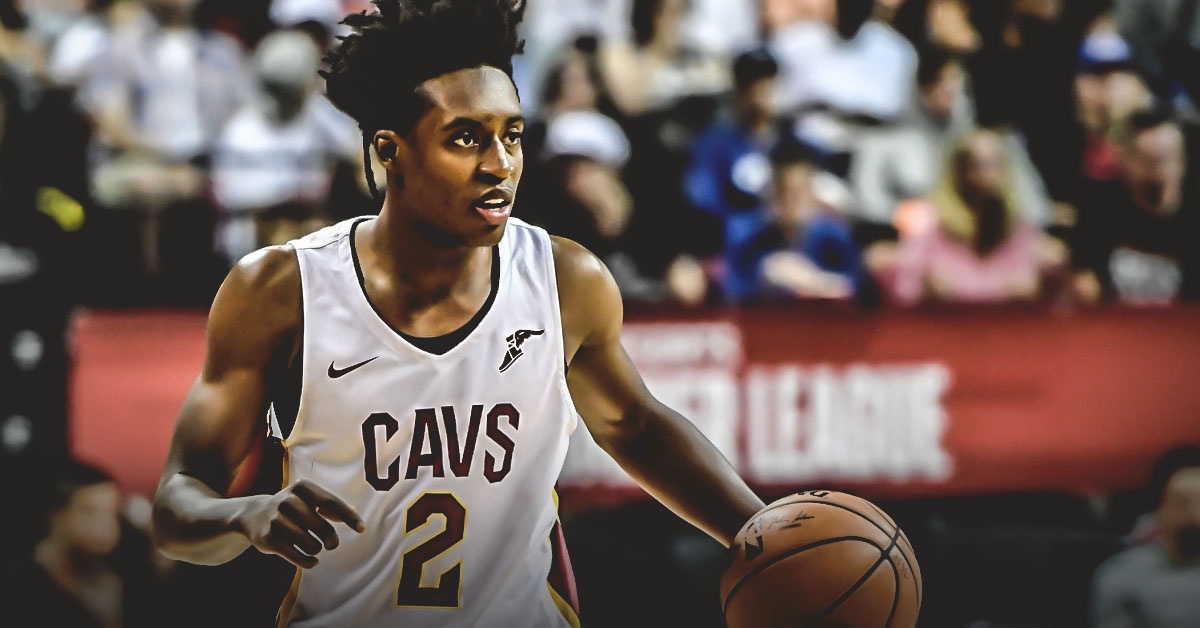 Season Review: Collin Sexton is far better than anyone could have expected

Season Review: Collin Sexton is far better than anyone could have expected

Collin Sexton had a rookie season wasn’t that always a smooth ride, but overall the 20-year-old did just fine given the situation. Let’s take a look back at both the good and the bad.

Sexton became the first Cavs rookie to play all 82 games and average 16 points per game since Ron Harper back in 1986-1987. He also joined Larry Bird and Stephen Curry as the only rookies in NBA history to average 16 points while shooting 40% from three-point range and 80% from the free-throw line. A bit of a cherry-picked stat, sure, but it’s still impressive company nonetheless.

His season didn’t start out well, but Sexton improved drastically as the year wore on. Here are his numbers pre-and-post All-Star game.

The biggest change that Sexton made was in his shot selection. Not only was he hitting more shots, he was taking more of them, and they were higher-percentage looks than early in the season. Sexton is still very comfortable in the mid-range, and of course he shouldn’t eliminate that from his game. But it is in his best interest to increase the amount of shots he takes from beyond the arc and in the paint, and it clearly made a difference.

Sexton’s assist numbers on the season were very low, but in the final game of the year, he reached 10 assists for the first time. If he is to be the long-term point guard for this team, he must improve his passing, and he has shown he is capable of doing that.

Even score-first point guards have to be able to distribute the ball effectively, and for most of the season, Sexton was unable to do that. He reached five assists just 12 times all season. Perhaps Cleveland’s next coach will implement an offensive system in which Sexton can pass more, but he must still improve on his own. Some point to the talent around him as reason for his low assist totals, but Matthew Dellavedova averaged 4.2 assists in less than 20 minutes per game, and Larry Nance Jr. had 3.2 in under 27 minutes. Sexton’s 3.0 in nearly 32 minutes per night is simply unacceptable.

Collin Sexton isn’t the only rookie point guard to ever struggle with moving the ball, but he struggled more than others. Kemba Walker went from 4.4 assists during his rookie year to 5.7 in year two. De’Aaron Fox improved his averages from 4.4 to 7.3. But there is a large difference between 3.0 and 4.4, especially when Sexton played five more minutes each game. It’s clear that Sexton can score well. Now the question is can he become a true point guard, or is he destined to be a scoring sixth man like Jordan Clarkson?

While Sexton did improve his shot selection in the second half of the season, he still struggled to finish at the rim, even with more opportunities. He shot just 52% from within five feet of the basket, which ranked 18th of all the players who took shots for the Cavaliers this season. He also shot just 35% from between five and nine feet. Sexton must convert more of his close attempts into points.

While he was a good defender in college, that hasn’t translated to the NBA for Sexton, as he finished with a 117.5 defensive rating, which ranked 514th out of 530 players. To be fair, the team finished with a 116.7 DR, the worst in NBA history, so it would have been difficult for any player to grade out positively on the defensive side. Still, Sexton’s defense needs to improve if he’s going to have a large role on a playoff team.

Sexton’s rookie season was a bit of a mixed bag, but towards the end of the season there was definitely more good than bad. Perhaps the most encouraging thing is his ability to be coached and to learn quickly. Not many players make such a drastic change in their shot selection during a season, but it definitely paid off for Sexton.

He is certainly a core piece of Cleveland’s rebuild, and hopefully the Cavs are able to bring in an offensive-minded head coach to work with Sexton and unlock his potential. It will be interesting to see how Sexton adjusts to his new role next season, as he will likely be the third scoring option behind Kevin Love and whoever the Cavaliers end up taking the 2019 NBA Draft.

But if there’s one thing Collin Sexton has shown in his time here, it’s that he’s not afraid of a challenge.