Scottie Pippen: LeBron James Not Like Michael Jordan At All 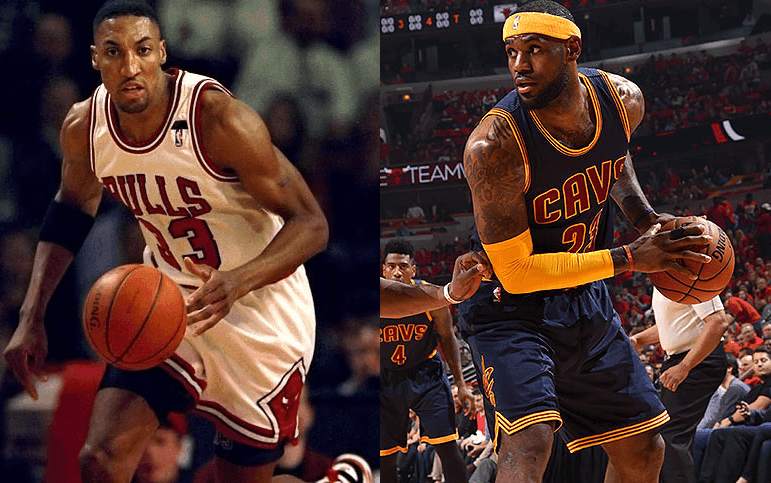 In yet another case of NBA player-to-all-time-greats comparison, LeBron James was this time compared to Scottie Pippen by…Scottie Pippen himself.

That’s right. Pippen said LeBron James is more like Pippen than he is like Jordan, and he didn’t put it very nicely.

“I was LeBron James before LeBron James,” Pippen told Chris Haynes of the Northeast Ohio Media Group. “It’s not even close.”

‘I was LeBron before LeBron?’

Well that’s sure taking it to a whole other level. LeBron has been the first player ever to put up the types of numbers that he has. Not to discredit Pippen, but he’s not and will not be in the conversation of all time greats when discussing LeBron James and Michael Jordan.

He seems to think otherwise.

“They want to compare him to the greatest, whether it be Michael Jordan or Magic Johnson, but he’s more closer to myself,” Pippen said. “It’s natural for folks to say that, but if you look at how he plays the game and how I played the game, you’ll see more similarities with us.”

The only point that Pippen has is that James does play a somewhat similar play style to Pippen, but James has been the leader in each and every one of his seasons in the NBA. He’s been carrying his team to lengths no one thought they could get under the circumstances. Pippen was a great player, a seven time all star, and a Hall of Famer, but LeBron James is going to go down as one of the top three or four best players to ever play the game of basketball.