Santa Surprises Family Of Soldier, And They Receive A Memory That Will Last A Lifetime 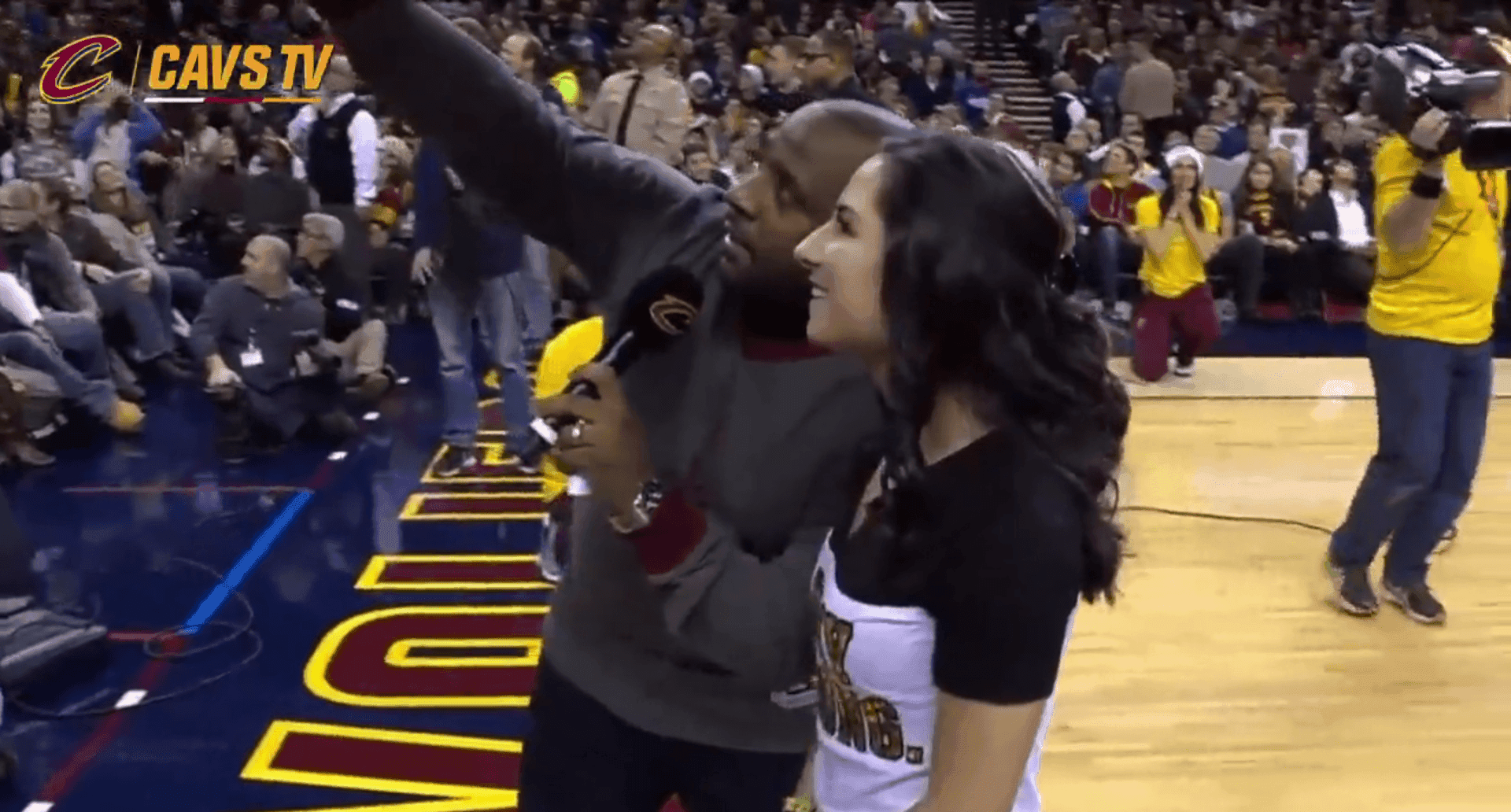 Many of us know someone in the military. Soldiers often receive limited leave time and long periods away from home. United States Army Private First Class, Zachary Baumer decided to make the most of his short stint off base.

PFC Baumer’s mother, Debbie, was in attendance on Sunday’s Cavs-Sixers game at the Q via the U.S. military’s USO program. Baumer’s then girlfriend Marissa accompanied her. The two ticket winners were to take part in the halftime festivities at the arena, including a Santa sack race.

As Cavs announcer Ahmaad Crump started to explain the rules of the race, the distraction was underway. After telling the ladies they wouldn’t need to run the race, and that they had already won the spread dinner buffet from The Higby, Crump directed everyone’s attention to the upper deck of the Q, saying, “Marissa, we have something special for you. We have another gift way at the top.”

The crowd began to murmur as PFC Baumer was ushered onto the opposite corner of the floor. Slowly, Crump turned Marissa around to show her what gift she would be receiving. Smiling ear-to-ear and rushing towards one another, Baumer and Marissa then embraced near half court.

This was no ordinary surprise visit. Zach, wearing full fatigues and combat boots, had made his mind up that this would be the moment he would ask for his girlfriend’s hand. Down on one knee, Zach proposed to Marissa in front of the crowd. With Mariah Carey’s “All I want for Christmas is you” playing and a blow of the substitution horn, she said yes!