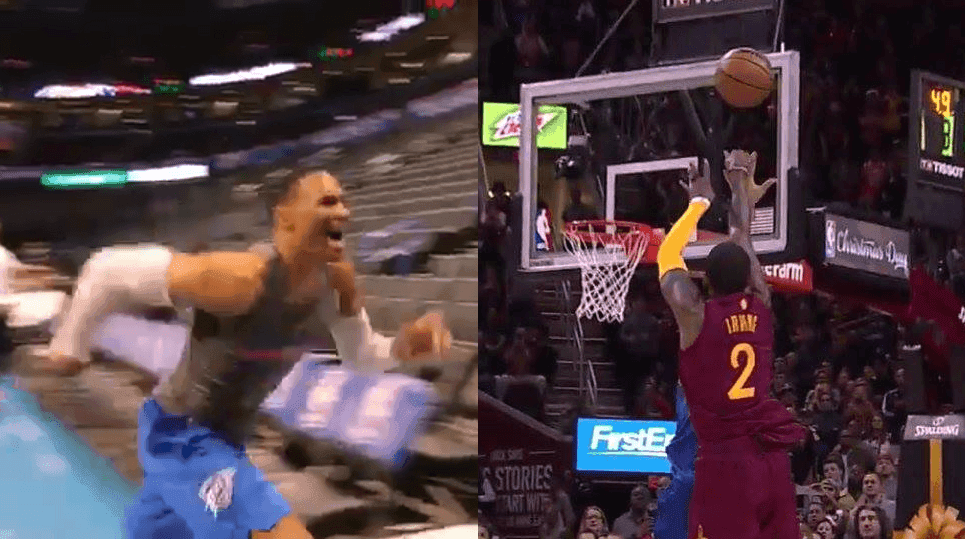 Russell Westbrook, confused and relatively frustrated at the out-of-the-blue nature of the question, denied he said “Thank You Kyrie” while running into the tunnel during his pregame warm up routine. Westbrook said he would never say such a thing in his pregame interview with the media.

Still, the timing is almost incredibly perfect for these events to occur… Take a listen below and judge for yourself.

Kyrie Irving hit the game winner over Kevin Durant and the Warriors on Christmas Day.

Apparently, Russell Westbrook watched it and was a very happy camper. After nailing a deep corner triple in his warm ups, Westbrook darted towards the locker room and yelled “Thank You Kyrie.”