Rudy Gay sounds good on paper, but would he fit with the Cavs? 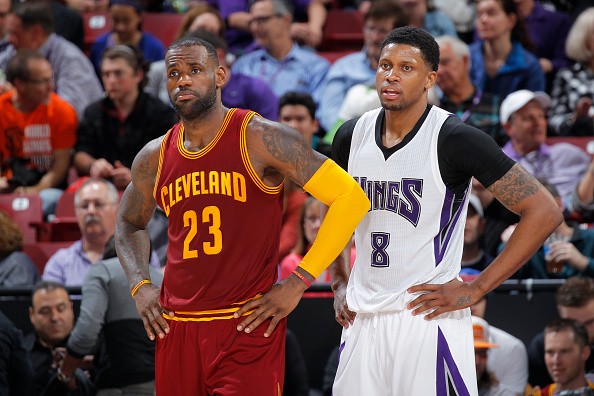 As the NBA offseason gets into full swing, the Cavs continue to look for ways to reload for next season. While there might be some intriguing options on the trade market, the Cavs must be careful not to send out too much of the core of a team that nearly swept its way to the Finals. While a rematch next year with the Warriors is certainly possible – and even likely, this is the NBA and anything can happen.

Who can the Cavs pick up in free agency? There’s lots of options out there, but one promising free agent that perhaps would come to the Cavs is Rudy Gay, who spent much of his career in Memphis, then Toronto, and had his four-year contract with Sacramento just end.

Gay is still relatively young at 30 years old, but he is coming off of a devastating Achilles rupture that ended his season back in January with the Sacramento Kings. His recovery is going well, however, and he hopes to be back for next season. But, the injury is sure to affect his value on the open market, and the Cavs could benefit from that.

Rudy had been playing some of the best basketball of his career before getting injured, posting 37.2% from deep, 45% from the field, and 85% at the line. The 6’8” small forward is known for his scoring skills, but he also recorded a career high 1 steal and 2.5 blocks per game during that time as well. It’s evident his play has reached a new level, with defense becoming more of a focus than previous years.

Gay opted out of a $14.2 million final year with the Kings, which might not make much sense if he was coming off of injury. Most players like to take the money in the final year and focus on a full recovery before pursuing another contract. But, perhaps Gay had had enough of all the games Sacramento lost in the last few seasons, as well as the rebuild signified by the departure of Demarcus Cousins. And, the Cavs could give Gay plenty of time to fully recover and ease in before the start of the playoffs.

Gay would fit in well with the Cavs as another scoring threat, as well as adding some length and athleticism to the roster that was sorely needed in critical moments last season. If the Cavs could use Gay as someone to catch and shoot the ball, as well as play quality defense, he would be a tremendous boost for next season – especially as he would be replacing the aging Richard Jefferson. 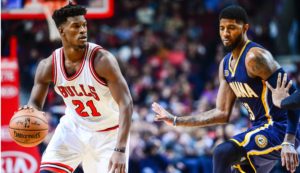