A Royal Welcome To Kevin Love 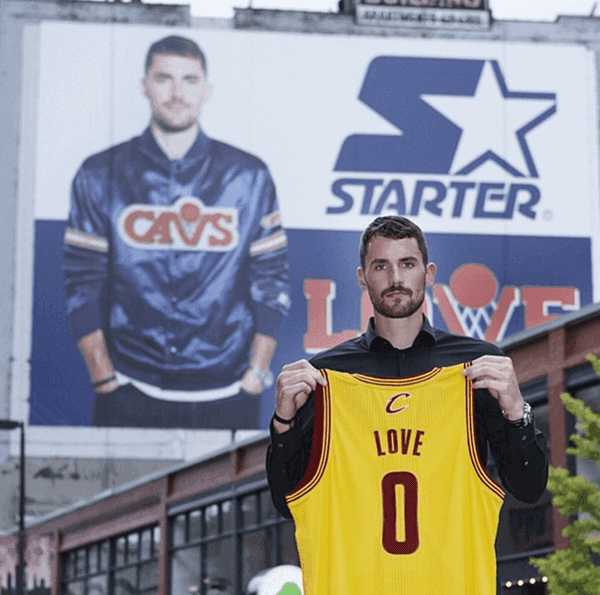 Expectations, emotions and passion from every basketball fan following the league’s summer changes have been centered around the unlikely rising city of Cleveland. The aftermath of Cleveland’s blockbuster trades has left the city in frenzy. Of course, the cherry on top of this sweet summer is the Cavs’ acquisition of Kevin Love. Typically known as a double-double monster, Kevin Love actually has basketball traits that make him an extraordinary big man. Take a look beyond the numbers, just like LeBron James says: “He’s one of those guys who – I don’t care about the 26 (points per game) and 12 (rebounds per game), I care about the basketball IQ. His basketball IQ is very, very high.” Love is not only extremely versatile offensively, but also extremely smart. He will play pivotal roles past just scoring and rebounding that will make this Cavs offense an even bigger nightmare for teams.

Welcome to the Land @kevinlove!

Very widely known as the best power forward in the league who had an offense run through him in Minnesota, Kevin Love has the opportunity to showcase a skill that Andrew Wiggins might not have been able to provide the Cavs: the ability to make smart plays off the ball. Andrew Wiggins is a star, granted, but he will only reach these expectations with an offense run through him. With Irving, Waiters and James, Love is a much better fit for balancing Cleveland’s offense because he can make much needed plays off the ball; but not just any plays, Love makes the right plays. In addition to making wise decisions with the ball in the post, Kevin Love takes advantage of his sharp shooting to find holes within the defense and strike off the ball. This will be a huge threat that complements the Cavalier’s multiple exceptional penetrators.

{adinserter 2} If he wasn’t scary enough, Kevin Love is still improving on the offensive end – but not with points and rebounds like we’ve all come to expect. Love is also a very smart and underrated passer, incepting a dynamic offensive triad within the Cavs’ big three. Last season, Kevin Love doubled his average in assists, and that’s saying a lot. Not because he’s a big man, but because he was the victim of Minnesota’s unsettled supporting cast. Even on a team with no comparable talent to himself, Kevin Love found ways to play less selfishly. In contrast to Minnesota, Cleveland offers Kevin plenty of target practice with shooters like Mike Miller and James Jones spreading the floor. Many might claim such a trait is why he never even reached a single playoff game as a Timberwolf; Rest assured, being a smart passer is an attribute of basketball IQ that can make Kevin Love a champion as a Cavalier.

There’s a lot on Kevin Love’s resume that got him accepted into LeBron’s School of Basketball Domination, but what pushed him over the top was in fact his basketball IQ. Love understands this game better than most people in the league today, and LeBron recognizes that. In just 6 seasons in the NBA and at the age of 25, Love not only has skills that complement his scoring/rebounding ability like passing and moving without the ball, but also has the intelligence to make the right decisions with such skills. Kevin Love is a veteran. He’s versatile, he’s smart, and as LeBron puts it, “He’s a great piece.”

A royal welcome to you, Kevin Love.