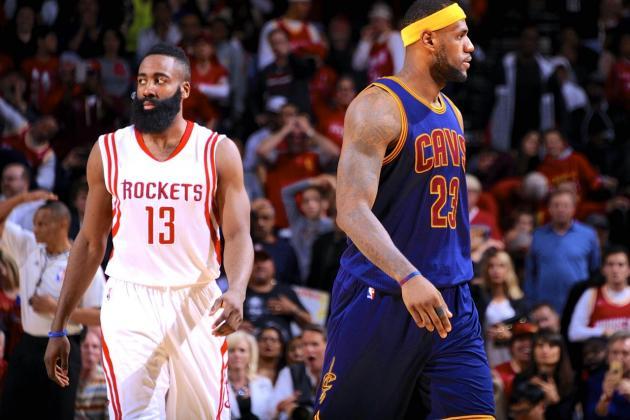 James Harden has been suspended one game by the NBA for the kick to the groin of LeBron James during the third quarter.

Tristan Thompson and LeBron James double-teamed Harden at the top of the three-point arc. A frustrated Harden fell down and kicked James off of him, connecting to his lower mid-section. The Cavs players immediately reacted, showing their obvious displeasure. Thompson and Corey Brewer were called for technical fouls for escalating the situation while Harden was called for a just flagrant-1 foul, no ejection, which he was likely lucky to get since it was a clearly intentional shot by Harden.

To everyone’s surprise, Harden said he didn’t think he would be disciplined by the NBA after the game. But the Cavs’ players thought differently after the game.

LeBron James added, “Obviously that’s not a basketball play. Obviously the league will probably take a look at it. I have no idea why he would do that, but two competitors just trying to go at it and he won this one.”

A writer for Grantland added this during the game:

Inside Look: What NBA Teams Would Look Like If Players Went To Play For Home Team

Earlier in the season, Heat guard Dwyane Wade was suspended one game for a similar kick to the groin section of Kings guard Ramon Sessions