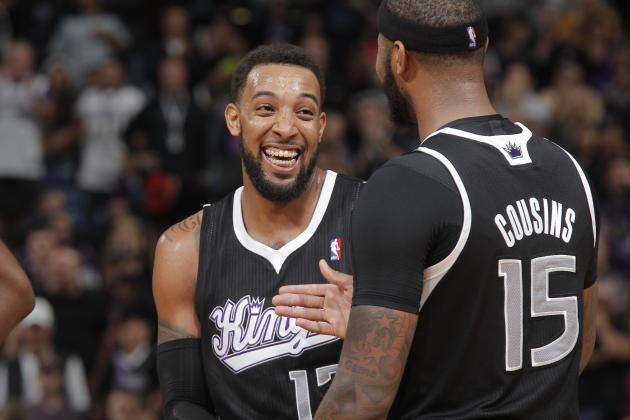 On a night when the Pelicans Anthony Davis scored 52 in the All Star Game, the bigger news was New Orleans acquisition of another big man, DeMarcus Cousins. For the past few seasons, Cousins has swirled around the rumor mill quite frequently. His stardom playing out West for Sacramento has often been overshadowed by his character issues on the floor and in the locker room. His rift with head coach George Karl, along with 11 ejections and 109 technical fouls in his six-plus years in the NBA, are examples of a few of his issues since the Kings drafted him in 2010.

By pairing Cousins alongside superstar Davis, the Pelicans now have the most formidable front court in the league, as both guys are scoring better than 27 points a night to go along with more than 10.5 boards. With both players playing big minutes every night, there will be only minimal playing time for other big men, which could lead to a player like Terrence Jones entering the trade market with Thursday’s trade deadline looming. With the Cavs still looking to add a piece or two, don’t sleep on their interest in Jones.

With the recent addition of Derrick Williams, Cavs fans may be wondering why they would go after a player similar in stature. Remember, Williams has only played four games with the Cavs, in which he has averaged 9.8 points and three rebounds in 24 minutes. In a much larger sample size, Jones has averaged nearly 12 points while doubling Williams’ rebound total this season, while still playing around 24 minutes per night. The Cavaliers are thin up front, so adding Jones is a chance to bolster their roster with another athletic big man, one who could get some easy dunks by being the beneficiary of playing on the same court as LeBron James and Kyrie Irving.

The potential addition of Terrence Jones via a trade does not automatically mean the Cavaliers will part ways with Williams. It will certainly put more pressure on Williams to continue to perform the way he has thus far with the Cavs, but there is a way the team could keep both. If this scenario does happen though, Derrick Williams will likely see a deep drop off in minutes down the stretch of the regular season in an effort to get Jones acclimated to the team. Don’t forget, Jones had a huge game against the Cavaliers just a month ago when the Pelicans jumped out big and held on to beat Cleveland 124-122. On a night when Irving scored 49 and James had a triple double, it was Terrence Jones 36 points and 11 rebounds that propelled his team to victory. The Cavaliers wouldn’t need that type of production, but Jones would certainly add some depth and versatility to the power forward position. 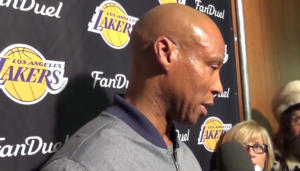