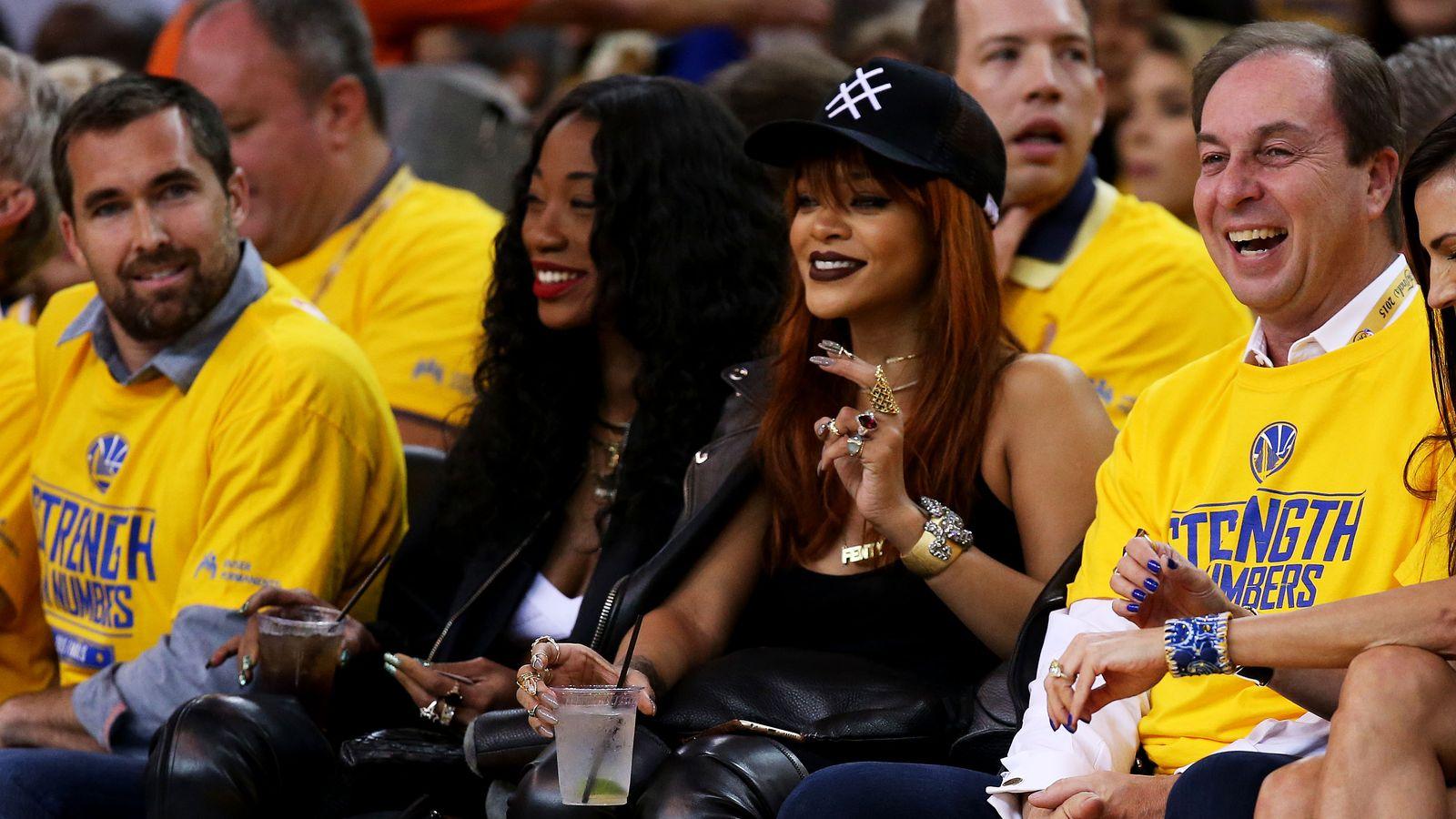 Unlike a lot of us everyday citizens, Rihanna has a lot of money to burn for some fun. Last night, she made a courtside appearance next to Warriors’ owner Joe Lacob.

Lacob sat next to Rihanna when the game tipped off, but quickly switched seats with his fiancee after seeing that Rihanna was cheering on LeBron James and the Cavs. But how much did she really spend for the NBA Finals courtside seat?

According to Lacob and Cavs owner Dan Gilbert, seats in the lower bowl were going for about $1,500 and Lacob revealed how much he believed Rihanna spent on her courtside seat.

That’s right. She spent more on Game 1 of the Finals than some people make in a whole year. Tickets for Game 2 aren’t going to be nearly as much, especially with Cavs point guard Kyrie Irving now out for the remainder of the Finals.