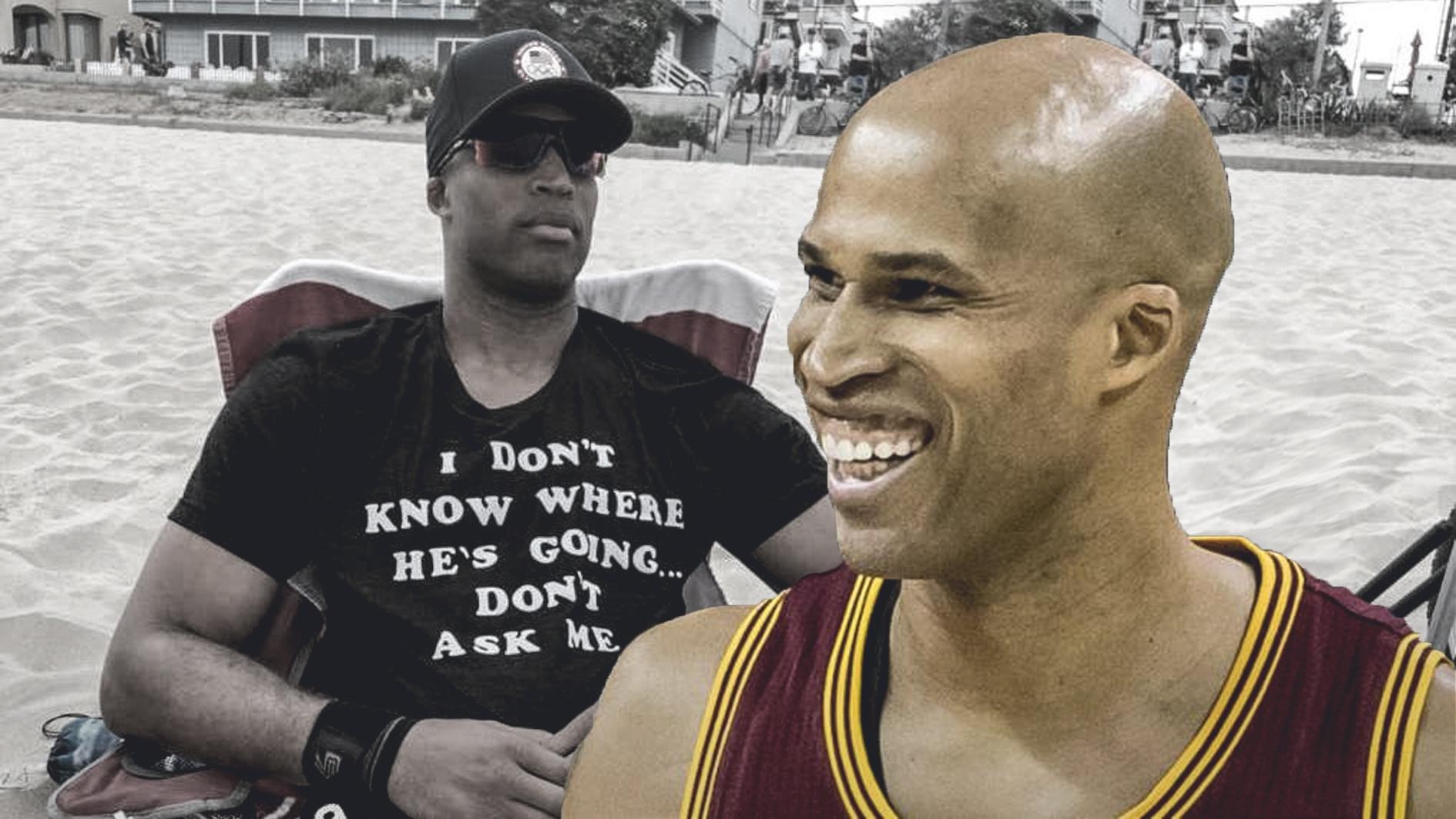 Richard Jefferson, a former Cleveland Cavaliers teammate of free agent superstar LeBron James, was caught wearing a ‘I don’t know where he’s going’ shirt by someone with a cellphone, apparently.

How do we know this? Because the picture made its way to the mean streets of Twitter.

To be fair to him, this has to be infuriating. Hell, we here at ClutchPoints aggregated something he said while on the picture-box inaccurately, as the person who wrote the piece — as well as a few other outlets, I should add — didn’t understand the jokey tone in which he was speaking.

Nevertheless, Jefferson should have a lot to talk about in the upcoming hours. With free agency quickly approaching, and James likely to make his decision sooner rater than later, all the radio and TV shows will want a piece of the former NBA talent.

Also, while random, Richard Jefferson went to college at Arizona. He was a very good college basketball player, but has somehow gotten lost in the lore that is the Wildcats. While his numbers weren’t ever crazy huge like a Trae Young or even a Gerry McNamara, he did help Arizona reach the 2001 NCAA Tournament title game.

Put respect on his name.