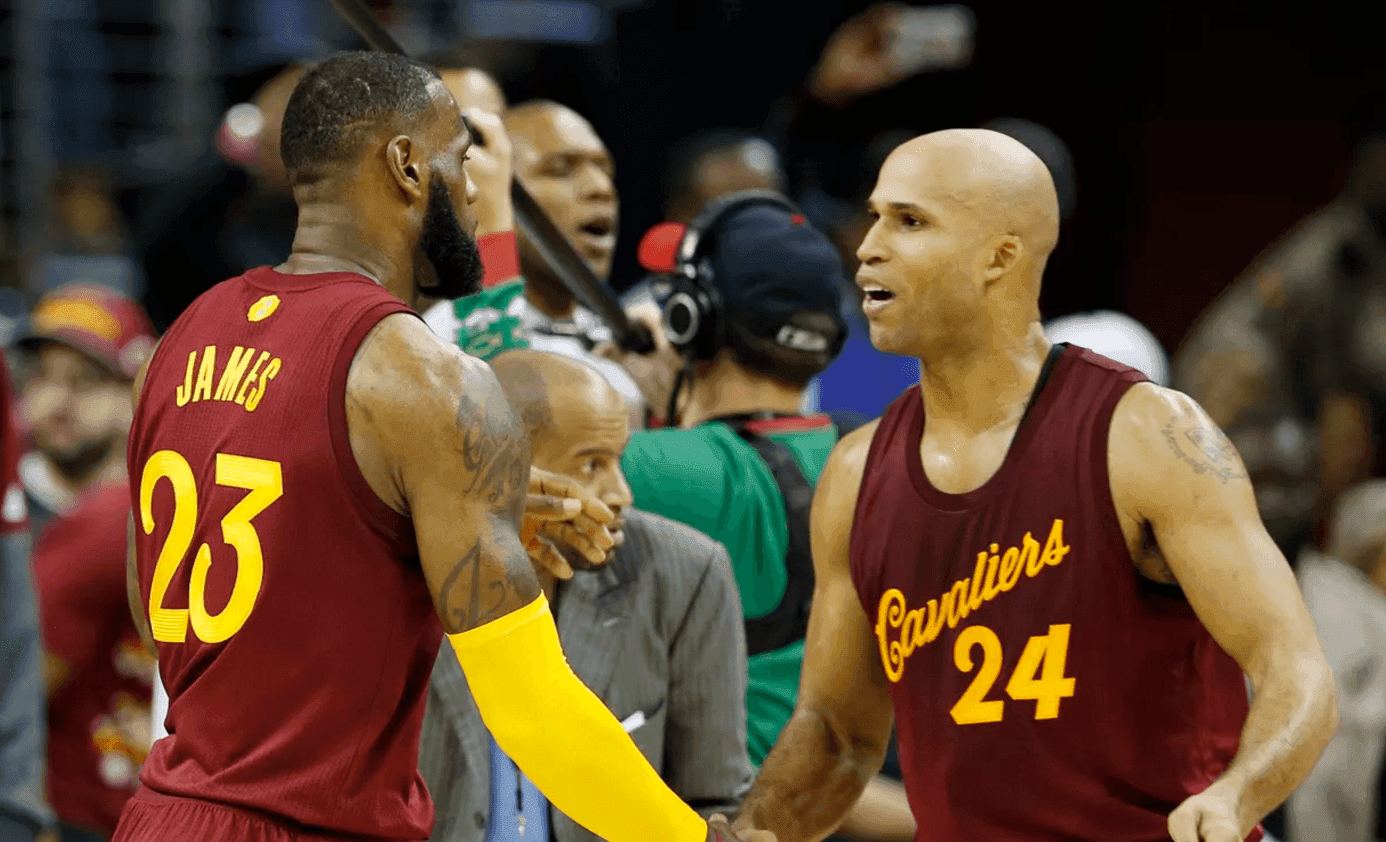 For anyone that follows either Richard Jefferson or Channing Frye on Snapchat, its easy to see that its a tight Cleveland Cavalier group.

You would have no idea that Jefferson stands at 36 years of age while keeping up with his snap antics around the locker room. All of this makes more sense after listening to his ESPN TrueHoop podcast interview with ESPN reporter Marc Stein.

“I’ve been on some teams that love to party and love to hangout,” Jefferson said. “I’ve been on some teams that couldn’t stand each out, but were really really good. Some of the San Antonio teams, the guys were brothers, but it was very cliquey from a standpoint of that you had guys that had been there their whole career and other guys that were transplanted there, so it was a different vibe.”

“When Mike Dunleavy got here, from a camaraderie standpoint he was like ‘you don’t understand. I’ve never seen this. It’s like a college team’. To remind you, we were going to World Series games and planning dinners, like, a week ahead. We were just trying to figure out how to hangout with each other. That’s something that, as a group, it starts with your best player.”

The chemistry is clearly visible on and off the floor, and although RJ mentions a college team kind of vibe, the professional standard remains.

On the floor, you see the Cavalier teammates going back and forth talking about defensive rotations, blocking out assignments and offensive movement. But off the floor, this team is as close as it gets, making everything on the business end of it much easier to deal with.

Heard through Fear the Sword.