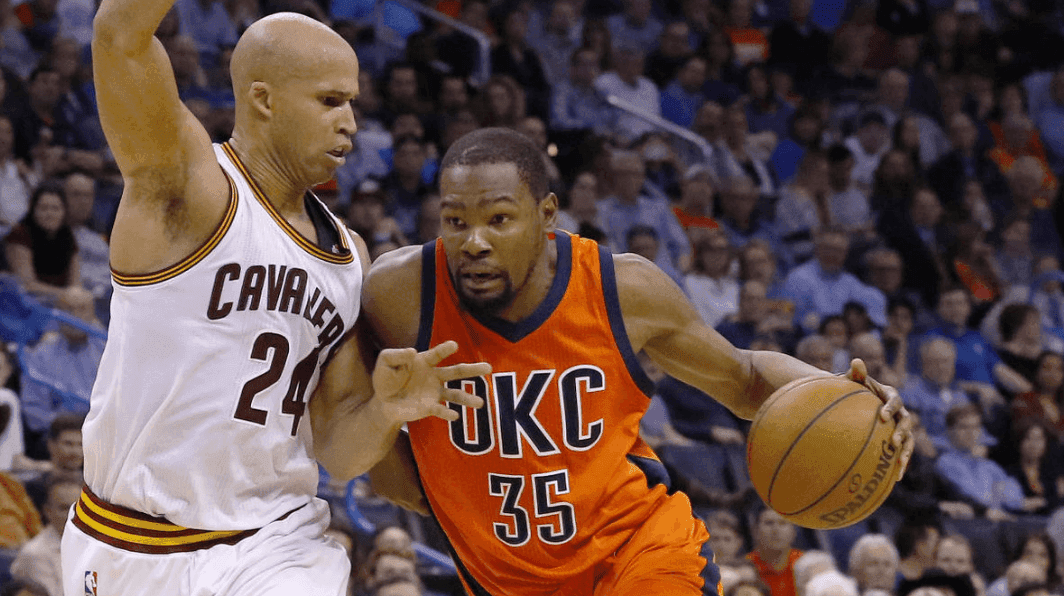 Richard Jefferson has been awesome when it comes to his Snapchat account. He posts hilarious and interesting things that the average fan may never get to see. From funny videos to great photos, fans expect greatness from RJ’s snap.

On Sunday night, on the eve of Kevin Durant’s expected decision, Jefferson takes his own guess at where Durant will land in free agency.

Richard Jefferson has some inside info on Kevin Durant's decision. Or does he? (via rjeff24/Snapchat) pic.twitter.com/NzkMuspkMt

Of course, Jefferson is just guessing, but he’s not the only one who seems to think Durant can legitimately leave Oklahoma City for Golden State.

One man's reading of the tea leaves after six Hamptons meetings: Golden State was and remains the biggest threat to lure Kevin Durant away.

Durant’s decision between the Thunder and Warriors is very much expected to come down today, although some reports still have the Miami Heat in the running. Durant’s decision can change a lot in the rest of the free agent world, so you can be sure everyone will be watching.

Stay tuned for the latest free agency news on the Cavs.