Richard Jefferson still undecided if he will play one more year 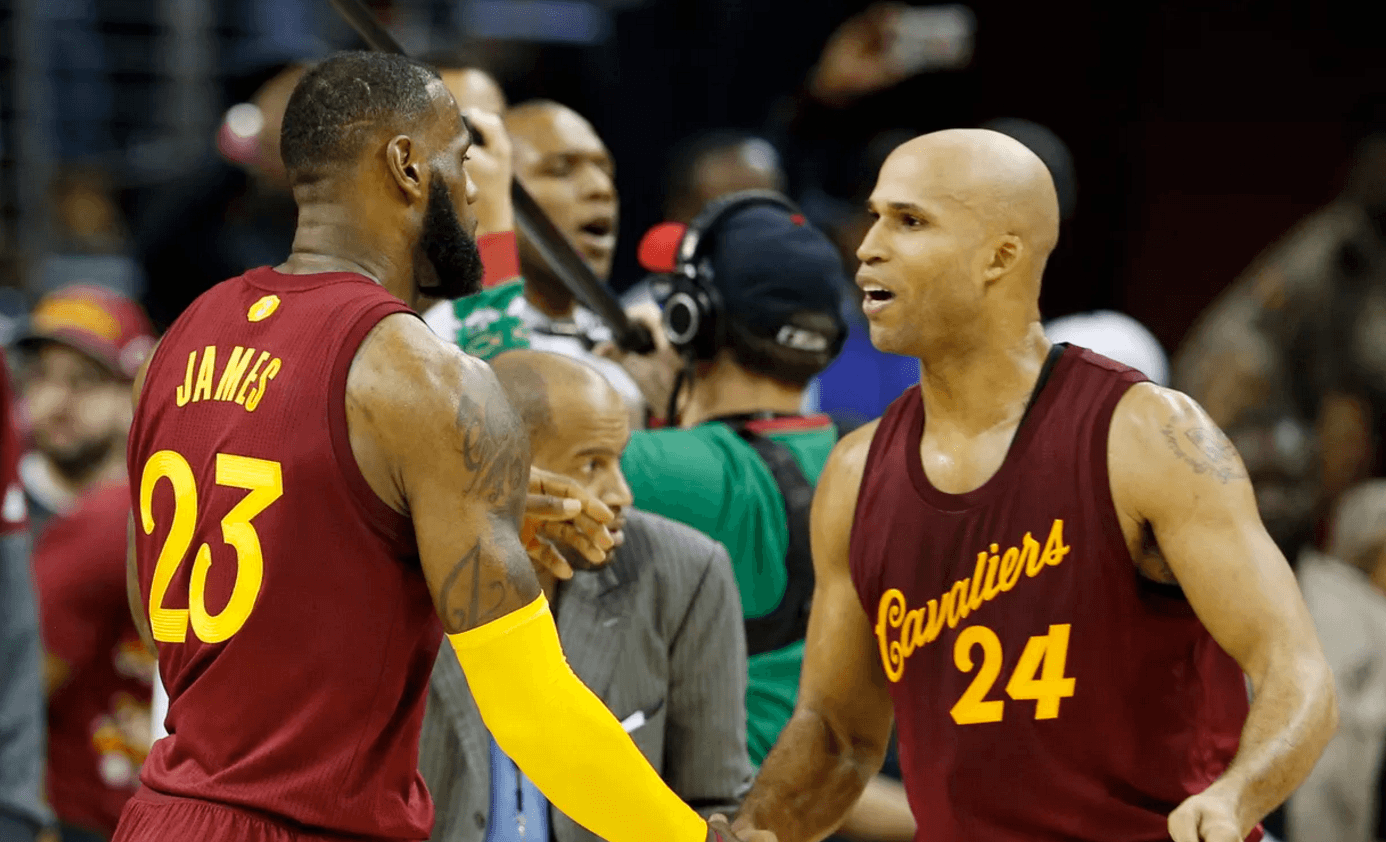 With the 2016-17 NBA season in the books, speculation as to what the Cleveland Cavaliers roster will look like next year has already begun. Will the squad stay the same, or will they once again be welcoming new faces?

As most hoops fans know, the Cavs fell to the Golden State Warriors in this season’s NBA Finals by way of a gentleman’s sweep, 4-1. There were several contributing factors in Cleveland’s defeat — maybe none more glaring than the lack of production they received from their role players.

In a recent episode of his hit podcast show “Road Trippin’ with R.J. and Channing,” Richard Jefferson, who signed a 3 year/$7,612,500 contact with the Cavaliers in the summer of 2016, hinted that he is still unsure of his intentions for next season.

Via Kurt Helin of NBC Sports:

“All season long, it’s been a pleasure,” Jefferson said. “I don’t know what I’m about to do next season. It’s been a pleasure last year, pleasure this year. I really and truly believe that there is a lot more to go. I want to say thank you (to the fans and crew) for helping with ‘Road Trippin’. We started this (podcast) out of nowhere with no idea of what the hell we were going to be doing. We don’t know where this is going to go or what it will lead to, but we do know this: we started something new — and it’s awesome.”

“The only way I would come back would be if these m—– f—– figure this s— out,” Jefferson jokingly said in closing. “Honestly, at the end of the day, coming back alone was not only worth the experience but also worth ‘Road Trippin’. This s— was cool, man, because we gave fans something that they had never f—ing seen.”

In his 20 postseason appearances this year (two starts), Jefferson, who usually came off the bench for LeBron James at the small forward position, averaged 5.6 points and 3.3 rebounds in 17.8 minutes per game.

Just a few moments later, James chimed in to reassure Jefferson that he is always welcome in Cleveland, saying: “Whatever you do, R.J., you have a home in Cleveland.”

For now, we’ll just have to wait and see if Jefferson, a 17-year NBA veteran, decides to hang it up. JUST IN: Where the Cavs stand financially right after the Finals
Related TopicsCavaliersRichard Jefferson