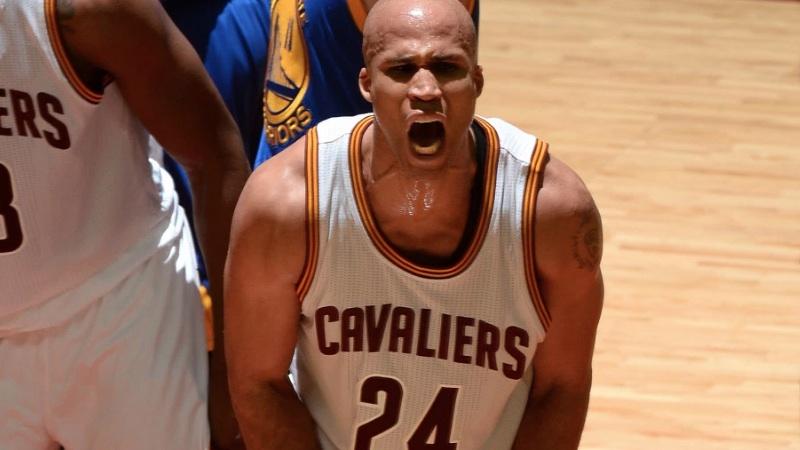 In light of David Griffin parting ways with the Cleveland Cavaliers as their general manager, Richard Jefferson has a reassuring message to fans of the team.

Jefferson, a 17-year NBA veteran, has been around the block a time or two, making him a perfect ambassador to Cavs Nation. Like many others, R.J. was “shocked” to hear that Griffin will no longer be with the organization. The former Arizona Wildcat stand-out tells ESPN’s Dave McMenamin that he and Griffin had a lengthy chat after the news broke — the details of which have not been fully disclosed.

Despite the recent upheaval in the Cavs’ offseason, Jefferson says their focus remains the same.

“If Cavs fans are stressed out, just know that the mission doesn’t change,” Jefferson said of the Cavs’ championship aspirations in the upcoming season. “Nothing has changed in that regard.”

As most Cavs fans know, Griffin was the man who orchestrated the end of Cleveland’s 52-year championship drought — a season that will never be forgotten. Beyond that, “Griff,” as he came to be known, pulled the strings that brought Kevin Love, J.R. Smith, and Iman Shumpert to Northeast Ohio.

There were several teams watching the proceedings between Griffin and the Cavs with a keen eye, including the Orlando Magic and Phoenix Suns — both have since filled their management vacancies. Things may seem bleak for Griff, but Jefferson is confident that he will become a GM elsewhere.

“He’s the Theo Epstein of basketball,” Jefferson said of Griffin. “He ended the curse. Not just for a team, but for an entire city.”