Richard Jefferson gets ejected, but Kyrie Irving’s got his back 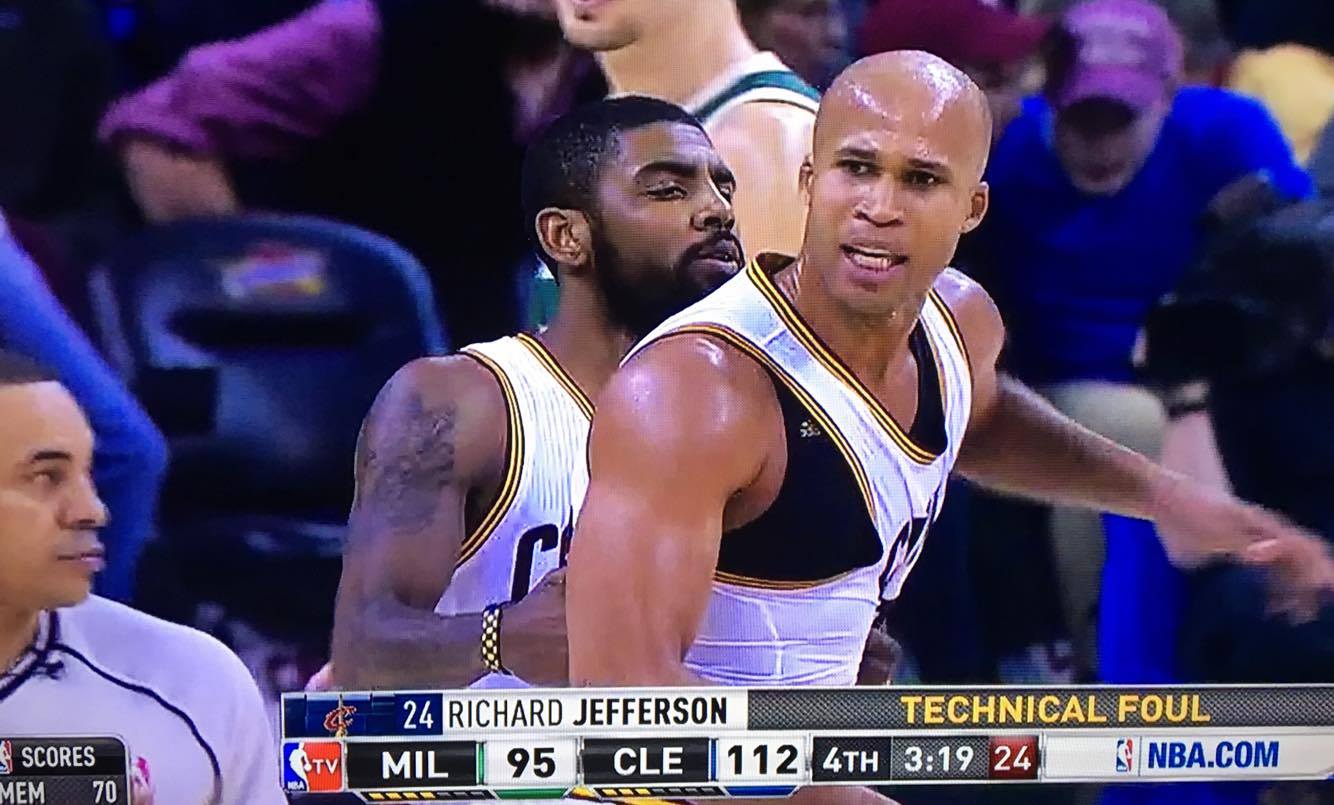 Last night, the defending NBA champion Cleveland Cavaliers faced the Milwaukee Bucks for a second consecutive night; this time inside Quicken Loans Arena. The Cavs finally managed to pull away in the second half, cruising to an impressive 113-102 victory.

After grinding out a 114-108 overtime win last night in Mikwaukee, the Cavs were looking to sweep the home-and-home series – and they did.

Tonight’s game was tightly contested throughout the first half. Both teams made runs, and it seemed neither side could gain a true advantage. However, in the fourth quarter, the Cavs started pulling away, thanks in large part to their three-point shooting.

Sometimes, when one team begins dominating another, the game can become a bit chippy.

Late in Wednesday night’s game, Cavs forward Richard Jefferson found himself entangled with Bucks big man Thon Maker near the elbow of the painted area. Both players were wrestling for position, but Jefferson ended up being thrown to the hardwood in the process.

After discovering the foul was actually called on him, Jefferson, who rarely gets involved in screaming matches with referees, began barking at the official in disagreement. Jefferson seemed to have a point; after all, he was just thrown to the floor.

Richard Jefferson and Thon Maker get into it after Maker pulls RJ down to the ground. #Cavs #Bucks pic.twitter.com/fS0h85Hc7K

For his actions, Jefferson was issued a technical foul, then subsequently ejected for further engaging the referee.

Richard Jefferson loses it after receiving a technical foul for the incident with Thon Maker. Maker also got a tech #Cavs #Bucks pic.twitter.com/n11N34kuFs

After the game, Kyrie Irving spoke with Allie Clifton of Fox Sports Ohio with regards to the technical foul given to Jefferson. Irving seemed to understand why Jefferson was so furious over the call, telling Clifton at the end of his interview that he’s got his fine covered.

“I’ll probably pay his fine for him.” 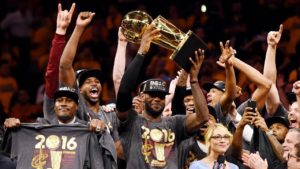