Video: Richard Jefferson and Channing Frye play “Thong Song” over and over in restaurant 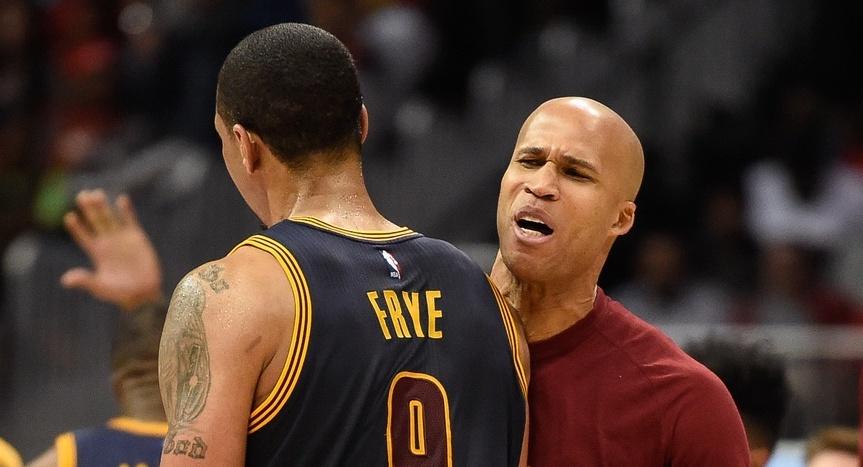 Richard Jefferson and Channing Frye have been godsends to the Cleveland Cavaliers both on and off the court.

Who could forget Frye’s blistering shooting during the Eastern Conference playoffs and, of course, Jefferson’s surprisingly impactful play against the Golden State Warriors in the finals?

Now, it appears that a select group of people who only wanted some burger on a random day in Columbus, Ohio will be going back to their homes with a severe case of “last song syndrome” thanks to these two.

In an absolutely unprovoked move, Richard Jefferson decided to throw it back 17 years by playing Sisqo’s “Thong Song”. Indeed, the song choice is very questionable, but the clincher here is the fact that they had the music playing multiple times.