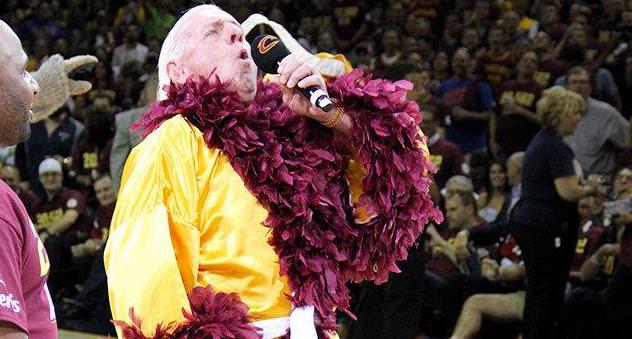 Ric Flair, a 16-time world champion in the realm of professional wrestling, certainly knows a thing or two about being one of the greats in his field of expertise.

Flair made a recent guest appearance for Complex‘s web series on YouTube titled Sneaker Shopping. In the clip below (around the four-minute mark), the Nature Boy mentioned to host Joe La Puma that he truly believes that LeBron James is indeed the greatest athlete of all time.

Flair’s high praise for James comes as a bit of a surprise considering that the legend of the squared circle is a North Carolinian at heart akin to who many regard as the NBA’s true GOAT, Michael Jordan.

On the other hand, Flair stated in the video that he regarded James as the greatest athlete of all time and not specifically the greatest basketball player. However, he then went on to say that James could very well “play tight end in football” and that the Cavaliers star’s size pales in comparison to Jordan’s, which then led to Naitch rebutting his own remark from earlier to ultimately dub James as the greatest basketball player of all time.

As a 68-year-old sports celebrity, Flair could easily get away with these spur-of-the-moment comments, especially given his previous cases of bandwagoning with other teams outside of North Carolina’s territory. But at some point, he’s also got to realize that some die-hard fans in the Charlotte area might be calling for his head already.

If Flair knows any better, this blasphemy of sorts towards His Airness should be the last straw that’ll prompt him to take his limousine rides and jet flights far from the Queen City’s vicinity for the time being. 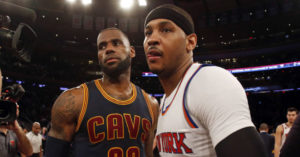