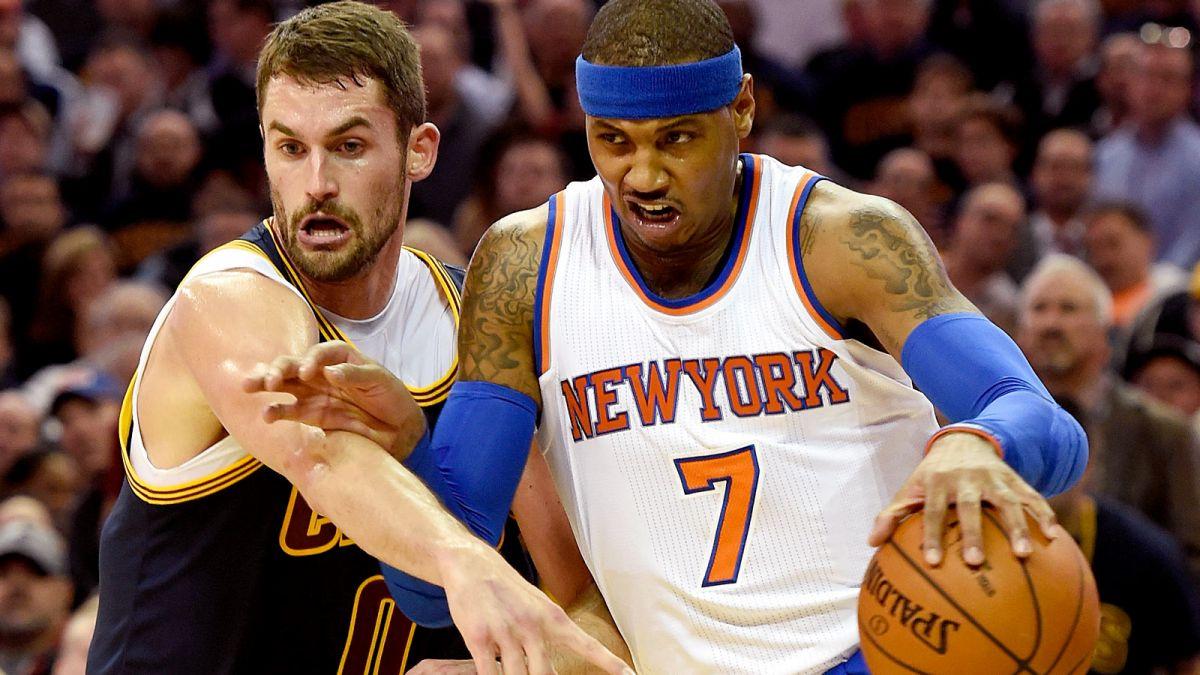 In what many predicted to be a controversial offseason for Kevin Love, who was expected to deeply explore his free agency options, the forward almost immediately announced that he would return to the Cavs. Love agreed to a deal with the Cavs and signed a 5-year, $110 million with Cleveland as soon as the moratorium period was lifted.

Carmelo Anthony struggled in his first year since signing a 5-year, $124 million deal with the New York Knicks. He shot just 44.4$ from the field and only 79.7% from the free throw line.

Ric Bucher of Bleacher Report joined Adam Kefkoe for a segment of “Who Will Say No?” In the video, the two discuss a hypothetical trade between two or more teams and which team would say no to the deal. In this segment, Bucher discusses a trade between the Knicks and Cavaliers that would send Carmelo Anthony to Cleveland in exchange for Kevin Love.

This is a more than silly trade, as Cleveland would much rather have the All-Star power forward in Love than the shot-chucker Carmelo Anthony. Love has far more upside at this point in both players’ respective careers, and although not considered serious, Melo’s knee injury has the potential to be a nagging injury.

But again, this is just a hypothetical video we’re talking about here! Watch the video below.