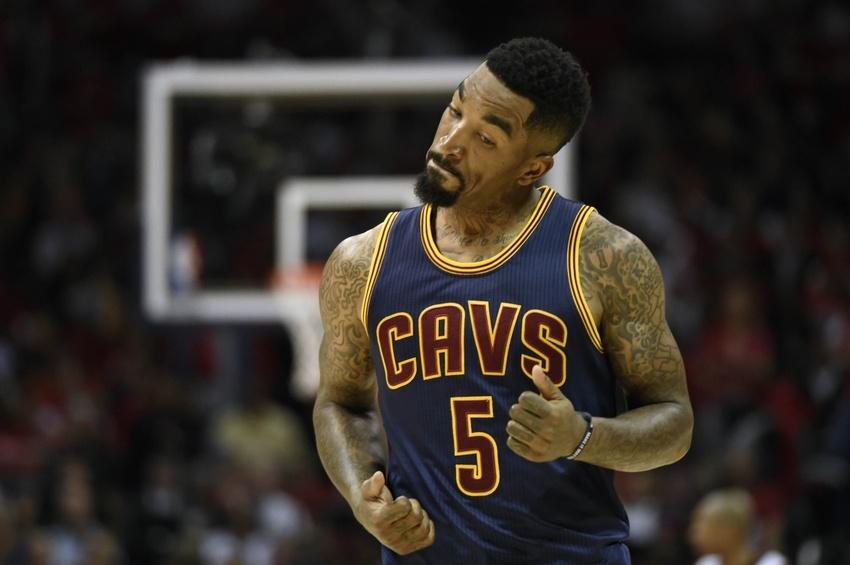 Thompson and Dellavedova became restricted free agents when the Cavs extended qualifying offers to them, meaning “they’ll have a right of first refusal for these players should they receive an offer sheet from another team,” (direct quote from NBA.com).

J.R. Smith on the other hand, is an unrestricted free agent who was owed around $6.4 million if he opted into the final year of the his deal. Prior to the start of the 2013-14 season, Smith signed a 3-year, $17.95 million deal with the Knicks, and had the opportunity to opt into the deal, which sources say the Cavs wanted him to do, in order to secure another year with LeBron James, Kyrie Irving, and Kevin Love in Cleveland. 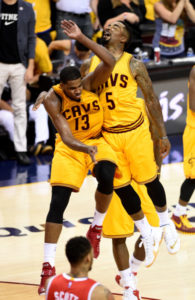 Smith was reportedly looking for a longer term deal with the Cavaliers after having a great second-half of the season. Coming into this 2015 summer of free agency, everyone knew the Cavs were going to go deep into their pockets to bring the whole band back together.

David Griffin and management were hoping that Smith would opt into the guaranteed year on his deal so as only to worry about James, Love, Thompson, Shumpert, and Delly. Instead, Smith opted out, putting the Cavs in a position where they’ll only be bringing him back at their own right price. That is, if they can’t find another fitting shooting guard on the market. Steve Kyler of Basketball Insider explains the Smith situation for the Cavs at the moment.

Was told his deal gets worked on after Tristan Thompson deal gets finished – every dollar spent now is heavily taxed https://t.co/3JlJuEqYRy

Not really – Tristan Thompson deal impacts what Cavs would pay Smith because of the tax… every million matters. https://t.co/TZ5FOi3QRt

With the Cavs having so much to prioritize this offseason, Smith would have been very wise to opt into the 2015-16 season and be ready for the big free agency offseason of 2016, where the salary cap could rise 30%. Instead, they’ll sign him at the right price after Thompson, and it would still cost them.

Once Thompson’s deal is done, the Cavs will turn their attention to Smith and what they can offer him. Terry Pluto of Cleveland.com reports that the Cavs would offer Smith a one year deal that will be less than the $6.4 million he could have had.

Stay tuned with Cavs Nation for the latest on the J.R. Smith dilemma.