Rest Days Could Not Have Come At Better Time For Cavs 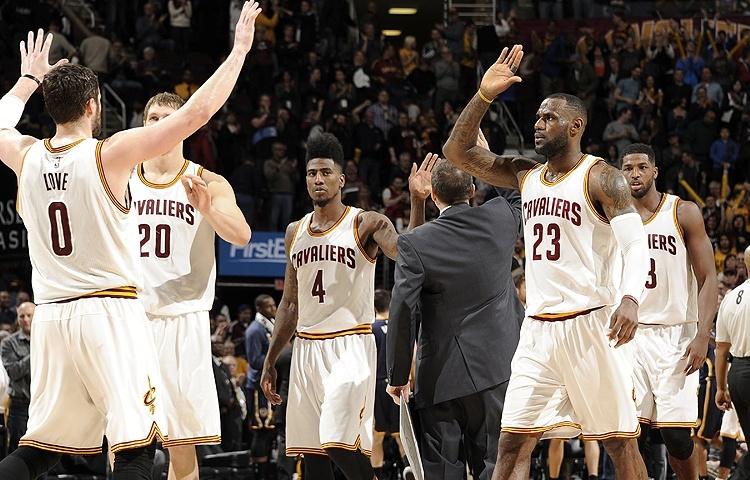 The Cavaliers, after playing 15 games in 29 nights in the month of March, will have just two games between March 30th and April 7th. That’s nine days where Cleveland plays just two games, both of which are at home before taking a short flight to Milwaukee for a matchup against the Bucks next Wednesday night.

These upcoming days for the Cavs to rest really could not have at a better time.

Sunday night, Iman Shumpert went up for a wide open dunk off of a steal. He apparently planted his left foot awkwardly as he elevated for the slam, which likely resulted in the missed shot attempt. Shumpert didn’t respond well when checked on the bench and in the locker room by team trainer Steve Spiro, when it was announced that he would not return to action.

Kevin Love also came down with an injury Sunday night. He took an elbow to the back, which caused him some immediate pain. He asked to be pulled from the game and also did not return.

Head coach David Blatt had updates on his two injured players after the game:

“Kev took an elbow to the back and he was experiencing some real discomfort, so we took him out,” Blatt said. “We didn’t want to push it. Hopefully, he’ll be OK. And Iman jammed his ankle. You saw he took sort of a funny step before he attempted to dunk that ball and he jammed his ankle. Also, I think he wanted to come back in there, but we held him out for precautionary reasons. I believe he’ll be OK.”

Both Love and Shumpert’s injuries are not believed to be serious, and both are expected to be ready for Thursday’s home game. The Cavs, who will be staying in Cleveland for the next week, have Monday and Tuesday off before practicing Wednesday night in advance of their final matchup with the Miami Heat.

“I just have to take these next couple days,” Love said. “It’s kind of fortunate with Shump and myself that we have these couple days.”

Despite having some banged up players, Blatt is focused on the togetherness and team chemistry going into the playoffs. If the Cavs continue their solid play, especially if they defeat the Chicago Bulls next Sunday night, they’ll win the season series 3-1 and would have home-court advantage if they finish with the same record.

A win Sunday night would likely secure the Central Division Championship and the second seed for the Cavs. Following that game, the Cavs will have five games, including one back-to-back set, remaining where they could possible rest the likes of Kevin Love, LeBron James, Iman Shumpert, and Kyrie Irving.