REPORT: Tristan Thompson Will Not Accept Any Offer Less Than Max Contract 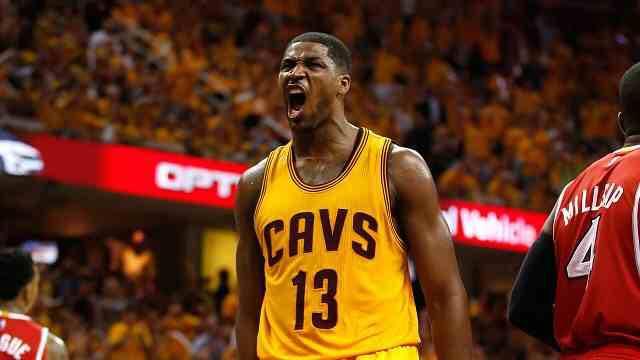 Tristan Thompson and the Cleveland Cavaliers have gone at it for almost two months now, and Rich Paul has let it be known that Thompson wants a max contract. On Monday evening, Ric Bucher reported that Thompson will not accept anything less.

“A league source tells me that his agent, Rich Paul, has already made it clear to the Cleveland Cavaliers that Thompson will not sign a long-term deal unless it is a max deal. And otherwise, he is prepared to sign a one-year qualifying offer with the additional knowledge, according to the source, that Paul believes that he can get a max deal with the Raptors next summer.”

A max contract for Thompson is worth over $94 million. Despite the fact that the salary cap is set to balloon next summer, that amount is extremely huge for Thompson’s true value and considering the impact that it does to the Cavaliers’ flexibility going forward, the deal appears to be unhealthy. Keep in mind that Dan Gilbert is already pouring out money to three separate maximum deals for LeBron James, Kyrie Irving, and Kevin Love.

LeBron James did profess his love to Tristan Thompson by saying that the latter should be a Cavalier for life and David Blatt is also enamoured by the bigman’s ability, but Thompson comes with very obvious flaws. He’s a borderline average shotblocker and an awful offensive option.

The Canadian power forward is known for his hardwork but him and his agent are making that concept seem overrated. The team could very well use that money for a much better player than Thompson.

Will David Griffin cave in to their demand or will Thompson see his follow-up gamble explode before his face?