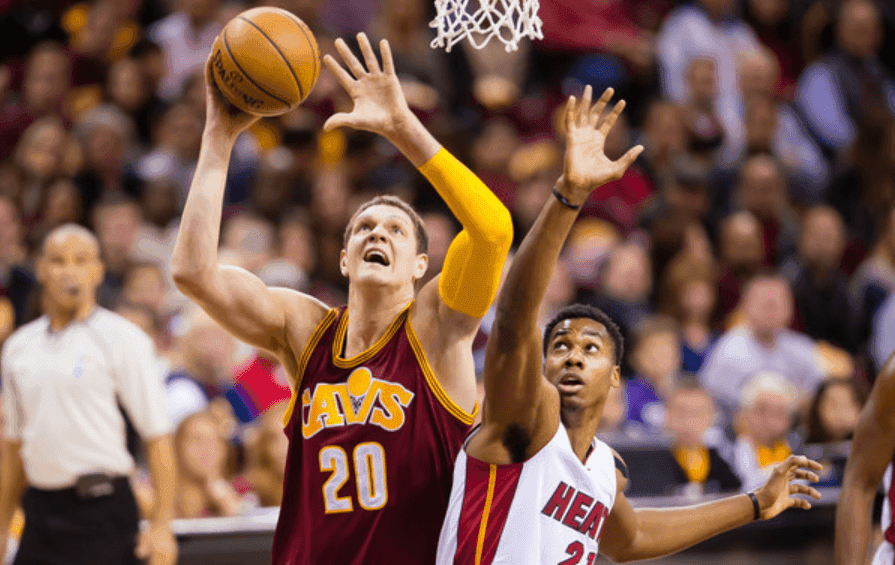 Cavs center Timofey Mozgov has fallen out of the starting lineup for the Cavaliers in favor of Tristan Thompson. Thompson offers more athleticism and quickness at 6’9 to counter a lot of teams’ small-ball lineups. Since moving to the bench, Mozgov has been averaging 4.2 points, 3.6 rebounds, and 0.6 blocks in 13 minutes per game.

According to Marc J. Spears of Yahoo Sports, teams are calling the Cavs about the availability of Timofey Mozgov after his recent nosedive with the Cavs.

As center Timofey Mozgov recently has gone from a prominent starting role to a reserve with the Cleveland Cavaliers, several NBA teams are starting to inquire about his availability via trade, league sources told Yahoo Sports.

While the Cavaliers have expressed no interest in moving Mozgov, the 7-foot-1 center’s loss of his starting job, the franchise’s NBA-high payroll and his looming free agency could ultimately persuade Cleveland to make a deal. The NBA trade deadline is Feb. 18.

David Blatt told ESPN’s Dave McMenamin that this move may or not be a permanent one, as it’s all dependent on how the Cavs play.

“It’s something that’s not etched in stone,” Blatt said. “We may either situationally or philosophically go back. I wouldn’t be surprised at all to see that happen, but that was the move that we wanted to make at the time and it’s proved to be pretty good for everyone involved so far.”

So far, so good. The Cavs have won five straight with Tristan Thompson in the starting lineup. Blatt explained the reason why he and the coaching staff decided to make the switch after the big man started 90 of the Cavs last 96 games for the Cavs, including all 20 of the Cavs playoff games.

“Better start, be more active and a little bit faster around the court and to change things up a little bit at that moment.”

In the Cavs recent game, Mozgov played just five minutes while Wizards’ center Marcin Gortat played a total of 30 minutes. Thompson played 36 minutes at the center position, while Kevin Love played 29 minutes. Sure, Mozgov has not played much recently, but the Cavs taking calls about their center should be just that: taking calls.

There’s no reason the Cavs should trade Mozgov because of a rough start to his season. Although he was ready by the season opener, Mozgov returned from offseason knee surgery before missing a week-and-a-half with a shoulder injury. Part of what makes the Cavaliers a great contender for the NBA Championship is their incredible depth at every position. They can go small, they can go tall, they can throw out a three-point shooting lineup, a defensive-minded lineup, you name it.

Clearly, the league is getting more athletic, and if you can’t keep up, teams will not hesitate to tinker with their lineups in order to get the best available product. That shouldn’t immediately make the player trade bait, unless that team doesn’t feel like that player fits anymore.