Report: Teams have called Cavs about Iman Shumpert, including the Minnesota Timberwolves 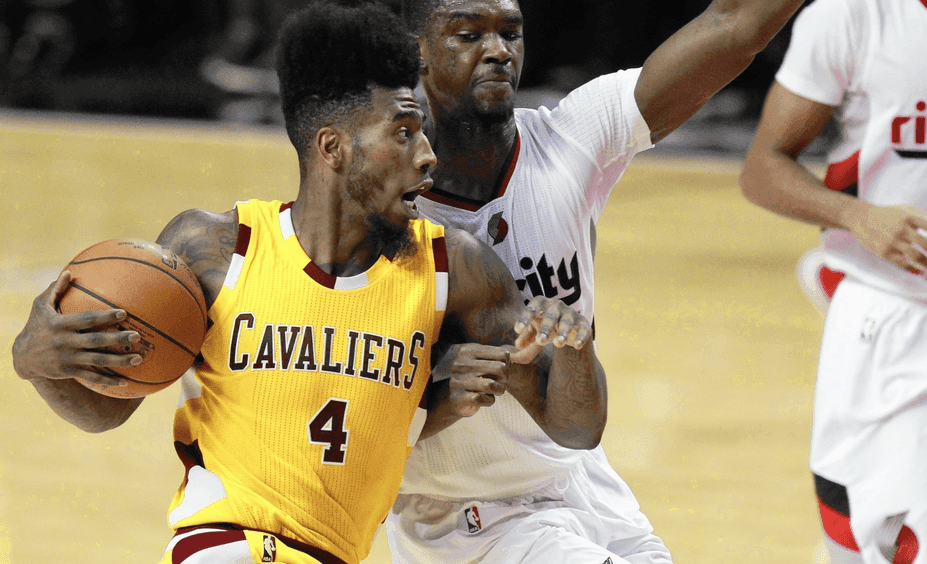 For some reason, it almost feels like the one championship contender that trade rumors cannot seem to escape is the Cleveland Cavaliers.

According to Zach Lowe of ESPN, teams have been calling about Cavs’ guard Iman Shumpert

Still: Keep an eye on Iman Shumpert. Several teams, including Minnesota, have inquired about his availability in the past few weeks and gotten the impression Cleveland is ready to talk, according to several league sources. The Cavs won’t salary-dump Shump for nothing, but given their tax situation, cutting payroll by a few million promises exponential savings.

The Cavs need Shumpert, or at least the fully realized version of a player like him, to scamper and switch with Golden State’s small lineups. Without him, they risk overtaxing Dunleavy, Richard Jefferson, and their extra bigs.

Iman Shumpert is entering the second year of a four-year, $40 million deal. Shumpert has vastly under-performed, and will look to have a bounce back year for the Cavs. After signing the four-year deal, Shumpert suffered a wrist injury which sidelined him three months. Once he returned, he averaged just 5.8 points, 3.8 rebounds, 1.7 assists, and 1.0 steals in 24.4 minutes per game. Expected to play lockdown defense and hit the open shot, Shumpert had career-lows shooting 37.4% from the field and 29.5% from downtown.

Now, Shumpert has entered training camp healthy and has even shed about 10 pounds, becoming more athletic and ready for the grind of the regular season.

Shumpert averaged 6.0 points, 3.7 rebounds, 2.7 assists, and one steal per game, but did so in just 18.7 minutes per game this preseason. With the Cavs looking to spread out the playing time and not tire anybody out for the postseason run, there should definitely be room for him to improve on those numbers despite the team being stacked at the shooting guard/small forward positions.

The Cavs are so far over the luxury tax, any chance to cut tax dollars while not losing too much or getting something of value in return is an option for them. The Cavs are reportedly in pursuit of a backup point guard to Kyrie Irving, and could look to trade for one. It’s unclear if the Cavs plan to use Shumpert in a trade, but the Cavs also have a young stud in Jordan McRae (who, I have to say, am very against trading), the expiring contract of Mo Williams, and a couple of trade exceptions to work with.

The Cavs could just decide to keep him in the mix with the slew of forwards they can use as 3-and-D guys.